A few photos from the weekend.
Friday was Anna's sorority's date night at the Braves game.
A busload of couples trucked over to SunTrust Park.
Anna met legendary usher Walter Banks. 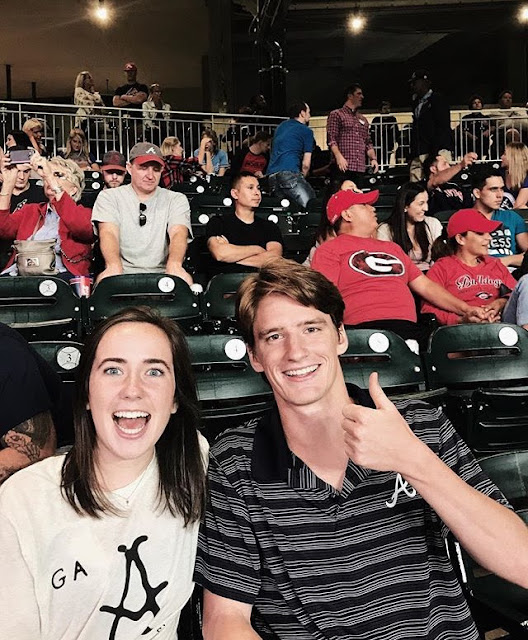 Saturday morning Anna came home to run some errands.
She was greeted by Ceil and Barney.
I loaded her Jeep and made a trip to the dump.
Anna took a large bookcase back to Athens. 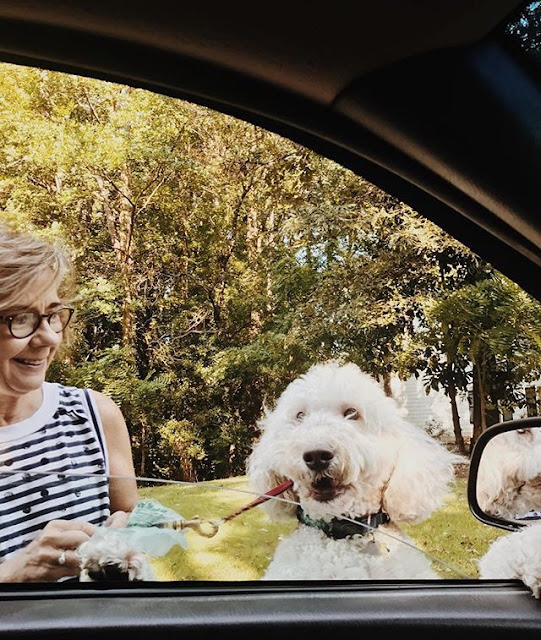 Friday night Vince Dooley threw out the first pitch at Wrigley Field.
He wore an official jersey, complete with an extra long tail.
Also looks like Vince is wearing sneakers. 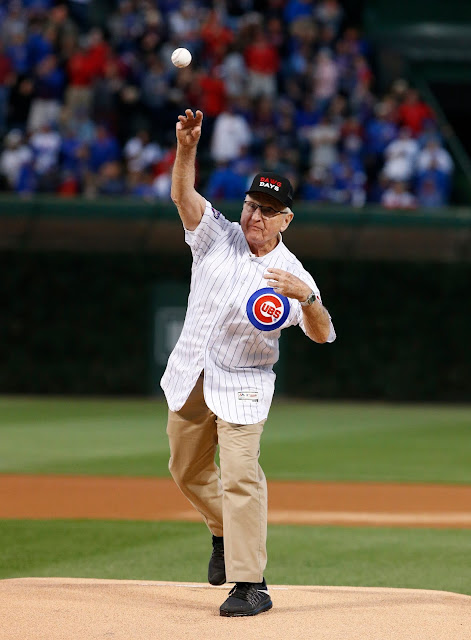 Godwin made the catch of the year. Haven't seen the entire game, but it looks like the refs are calling every possible penalty against UGA. They even tried to give Notre Dame a touchdown after the kick returner got up off the ground after being tackled.
Georgia's Nick Watkins dropped a sure touchdown pass, taking the onus off kicker Ricardo Blankenship's missed 47 yard field goal. It's a team game. 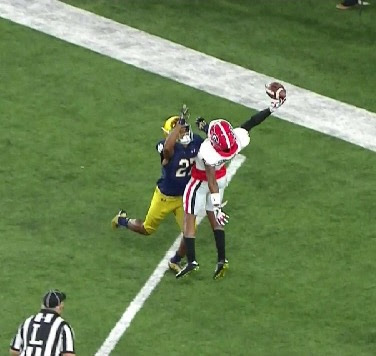 Earlier in the day Tech started slowly against Jacksonville State. On the Jackets first touchdown Marshall almost led his wide open receiver into a defensive back. 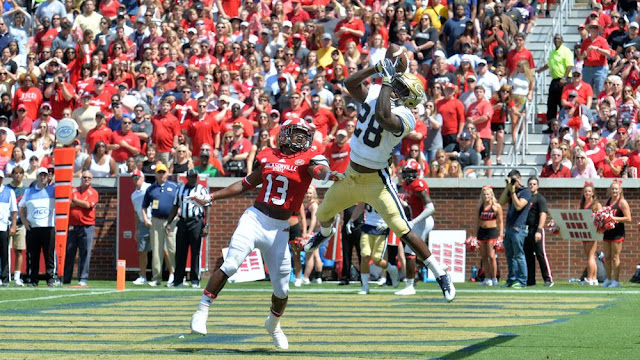 The second half was all Georgia Tech. Freshman Jerry Howard took his second carry to the house. 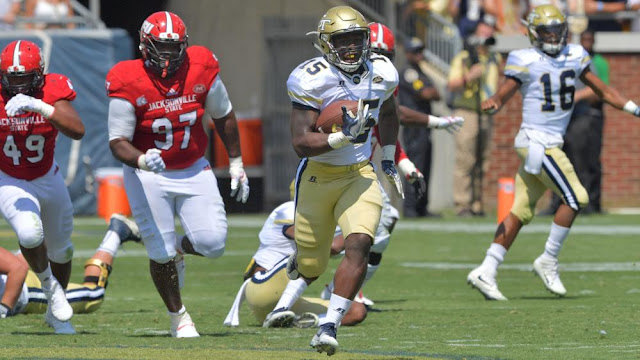