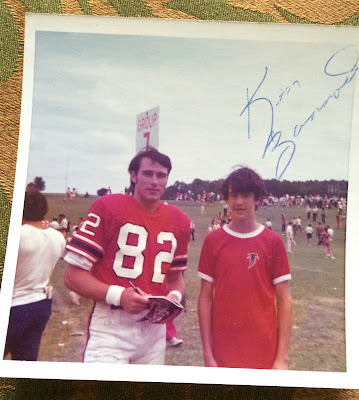 Last night former Falcons wide receiver (and my friend on Facebook) Ken Burrow posted a picture from Fan Photo Day from 1971. I told him I had my picture taken with him that day, and he wanted to see it. Today in Macon I snapped some pictures with my phone from old photo albums. 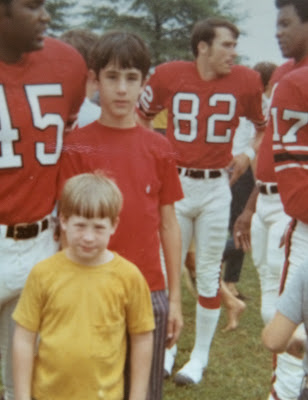 Burrow especially liked this photo showing his taped shoes,
which inspired an additional exchange on Facebook. 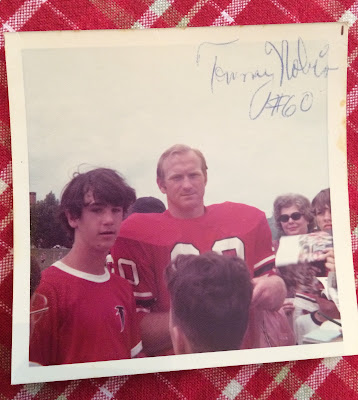 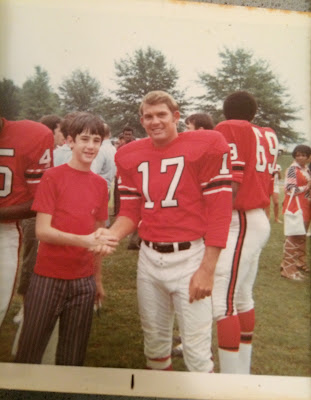 As a kid my favorite player was quarterback Bob Berry. 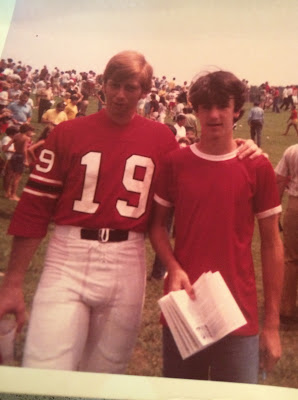 Bob Lee came down from Minnesota and beat out Heisman Trophy winner Pat Sullivan for the quarterback job, then led the Falcons on a winning streak that included a Monday Night Football win over the Vikings. 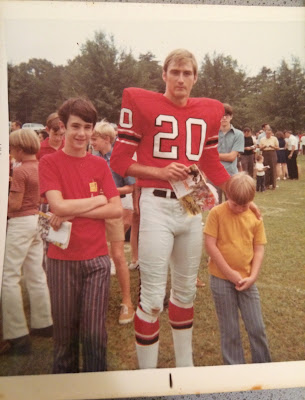 DB/PR Tom McCauley was another favorite of mine,
especially after breaking a punt return for a touchdown. 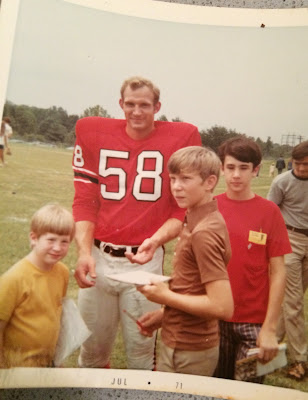 Twenty years after this picture was taken I crossed paths with linebacker Don Hansen at a men's conference at Johnson Ferry Baptist Church. He was surprised that I knew who he was. 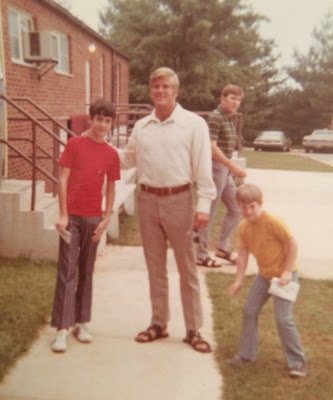 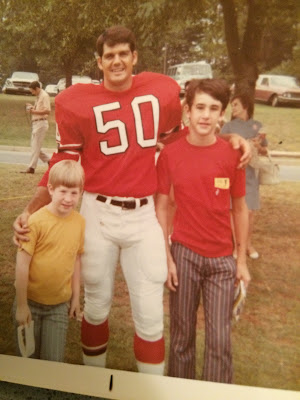 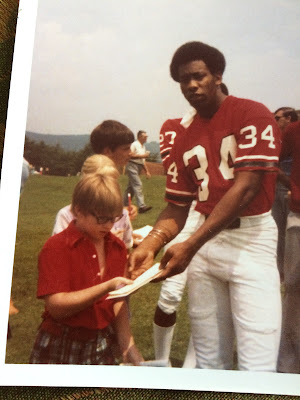 Had to include a picture of strong safety Ray Brown,
he of the unique face mask. 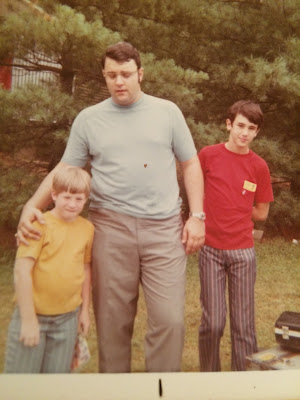