JFBC on Sunday morning. Good lesson on Matthew 3. John the Baptist paved the way for Jesus. Seemed like John expected the fire and brimstone Second Coming Jesus as opposed to the loving, healing, compassionate Jesus that he got. Later while in prison John had doubts, like many of us do. John send a message to Jesus: “Are you the one who is to come, or shall we look for another?”  Jesus replied “Tell John what you have seen and heard: the blind receive their sight, the lame walk, lepers are cleansed, and the deaf hear, the dead are raised up and the poor have the gospel preached to them.” John would recognize Isaiah’s prophecy in these words.
The upshot: God understands that as fallible humans we sometime have our doubts. John was in prison facing death. You’d never see doubt written into the koran, or book of mormon. Jesus’ response is a great passage to share with muslims to show them that Christ was God: His power over sickness, His power over death, His power over the Earth when He calmed the sea. Muslims are also won over by fulfilled prophecy.
We usually don't sing in Sunday School, but at the end of the lesson we sang Trust and Obey (we meet in the Chapel). 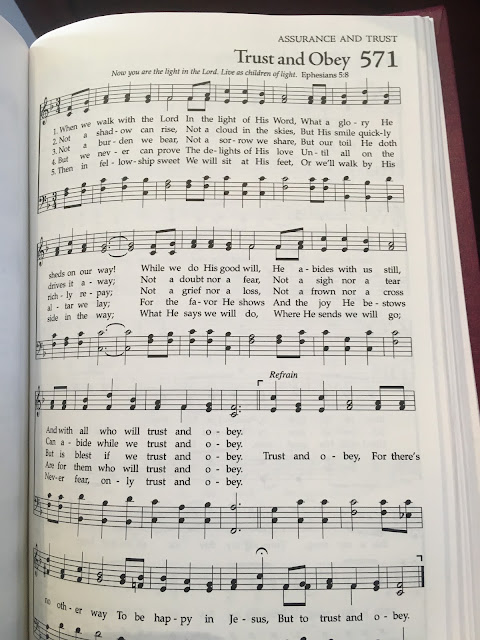 https://www.desiringgod.org/articles/john-the-baptists-doubt
Super busy weekend. Friday my meeting was what I expected. Poor Craig has a tough job, and it was good for him to have a win in front of his boss. I had been considering making the same change in how my material was ordered anyway, but just hadn’t pulled the trigger. After that  I was able to work hard to clear off several of the little things that had been sitting around on my desk for a long time.
Left at five. Had considered getting a haircut but we had to be at the Mayfield’s house at seven. Ceil brought a chocolate cake from Whole Foods and Jennifer had made cocnut chocolate chip cookies. Five us us prayed for a missionary family sent out from our Sunday School class who are moving into another country. Afterwards we got to see and talk to them over the computer (it was 7 am over there).
Long Saturday. Left home at 8 am. Stopped by RaceTrac and Taco Bell, then drove to Macon. Had listed four stores to check out, but three were closed and the other a dud. Made it to the baseball stadium early for an 11 am open house. Walked around taking pictures. Checked out the Macon Bacon caps for sale, but they didn’t have one I liked. The ones they had were camo or too busy. The team unveiled a new jersey at 11:30, so I snapped more pictures. Thought I was near the front of the line for burgers and dogs, but the line was actually somewhere else. I skipped the meal and headed out.
At noon I met my former GT BSU campus minister Al Rahn for lunch at Chickfila. He lives in South Georgia near Statesboro, in Screven County. He’s 78, his wife Jane 82. Al weighs the same as when he retired from Tech. Stays active at his church, a deacon and choir member. He’s been on several mission trips, including to Russia. We had a blast catching up. The CFA was crowded. The Vidalia High baseball team stopped in on their was to a doubleheader in Newnan. 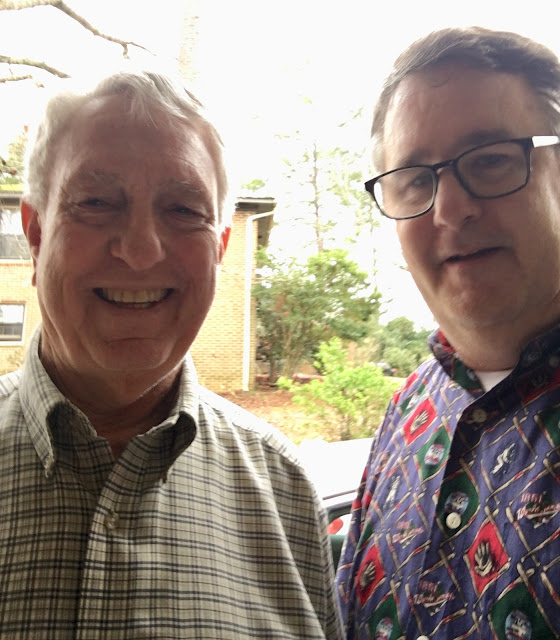 After lunch Al followed me over to my parent’s house, and I loaded some of my old Coke bottles in his car. Al’s Coke collection dates back to the 1940’s. Most of mine were from the 90’s. I had a good workout lugging them all up from the basement. After Al left I ran four more errands: (1) helped my dad with his taxes, (2) to get my mom’s phone fixed and to Kroger, (3) to Cook Out to pick up supper, and (4) back to Cook Out to pick up a meal they’d left off. 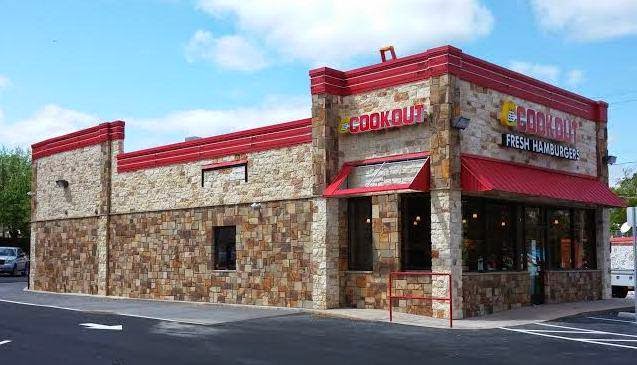 Only my second or third time at Cook Out. Like most fast food places everything comes out of the freezer and cooked in the fryer. But unlike most other fast food places everything is relatively cheap. I ordered the mix and match combo meal: a BBQ sandwich, a chicken tender wrap, onion rings, and a toffee shake. My parents got BBQ plates with fries, cole slaw, and hushpuppies. Also butterscotch shakes. A decent deal.
Cook Out also has burgers, hot dogs, chicken tenders. Not busy when we ordered. Not many rings in my meal, and they left off a whole meal which we should’ve caught. Of course when I went back to get the forgotten meal the place was packed – the Reinhart College baseball team had just arrived. I weaved my way to the front of the line and got my meal. 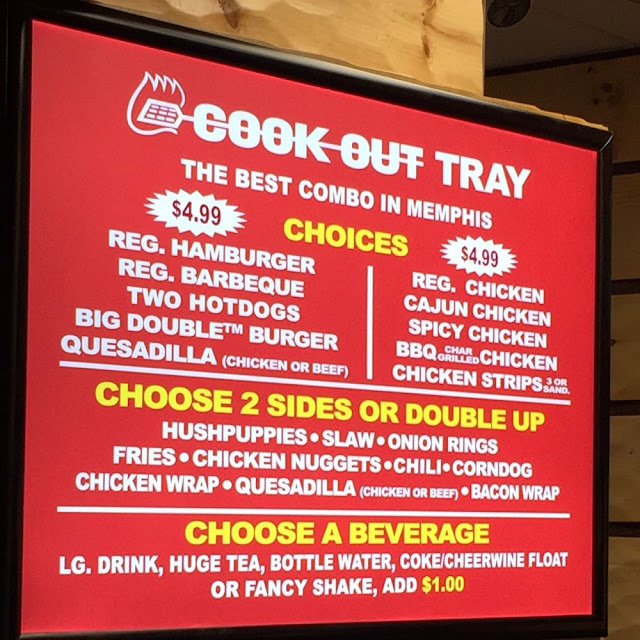 Traffic wasn’t too bad driving back to Atlanta. Was almost ten when a arrived. A long day. Watched the movie Sandlot and the beginning of an awards show while playing on my laptop.
Man the JFBC service doesn’t let out until every bit of 12:30, usually 12:35. Ate at Moxie Burger. Our usual chicken sandwich. Crowded. Had to hustle home for small group at 2:30. We meet only a mile from my house. I was sitting on my couch at 2:24 and I thought, ok, in one minute I gotta get up and go. Then I nodded off and when I woke up it was 2:26. Good thing I didn’t fall asleep for longer!
Another food story: couple months ago we ate with the two other couples in my small group, at a Thai restaurant in East Cobb. We had a great time together, but to me the food was just okay. Now its time for us to go out again, and Rob mentioned a great Korean BBQ place just inside the Perimeter. Sounded better than the Dim Sung they’d talked about before, the chicken feet and such.
This week is missions conference at JFBC, with people coming in from all around the world. We’ll have a guest speaker next week in Sunday School (a missionary who used to be in our class) and in worship. Saturday night our Sunday School is gathering at a house to hear a different missionary speak. Big sold out dinner Friday night that we aren’t attending.
Went home after small group and crashed. Ceil was working on school and her small group. Watched a little golf, some Hallmark Channel, Fresh From the Heart, some of the Red Carpet, and some of the Oscars. Stayed up late trying to get something to work on the computer. Got one thing working but not another.
For supper Ceil grilled a quesadilla, and I had leftover Valentines ice cream and Friday night’s chocolate cake for dessert. Even with all the eating I finished the weekend at a low weight.