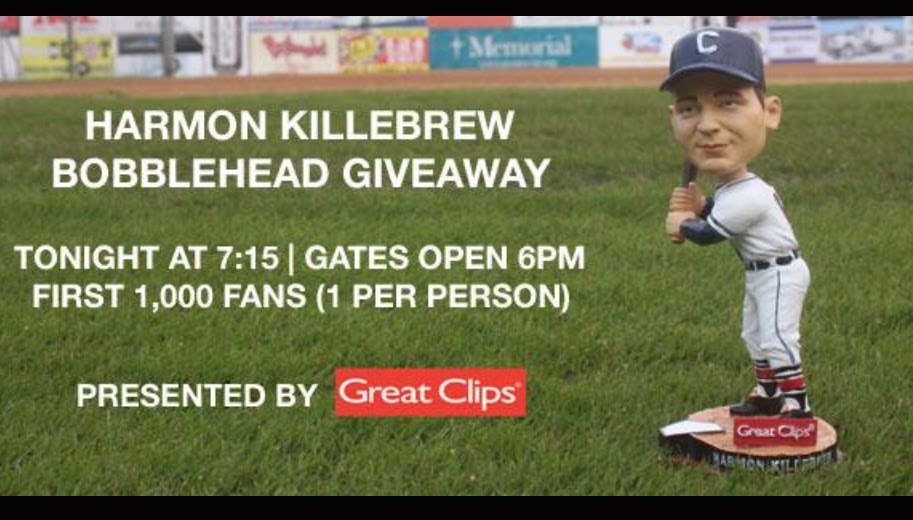 Saturday morning Ceil and I did a bunch of cleaning. Loaded my car with two chairs and other things for Goodwill and empty boxes. Moved some chairs around in the living room and straightened up the dining room. Later C took M to play music and run some errands. My back was starting to grow weary. 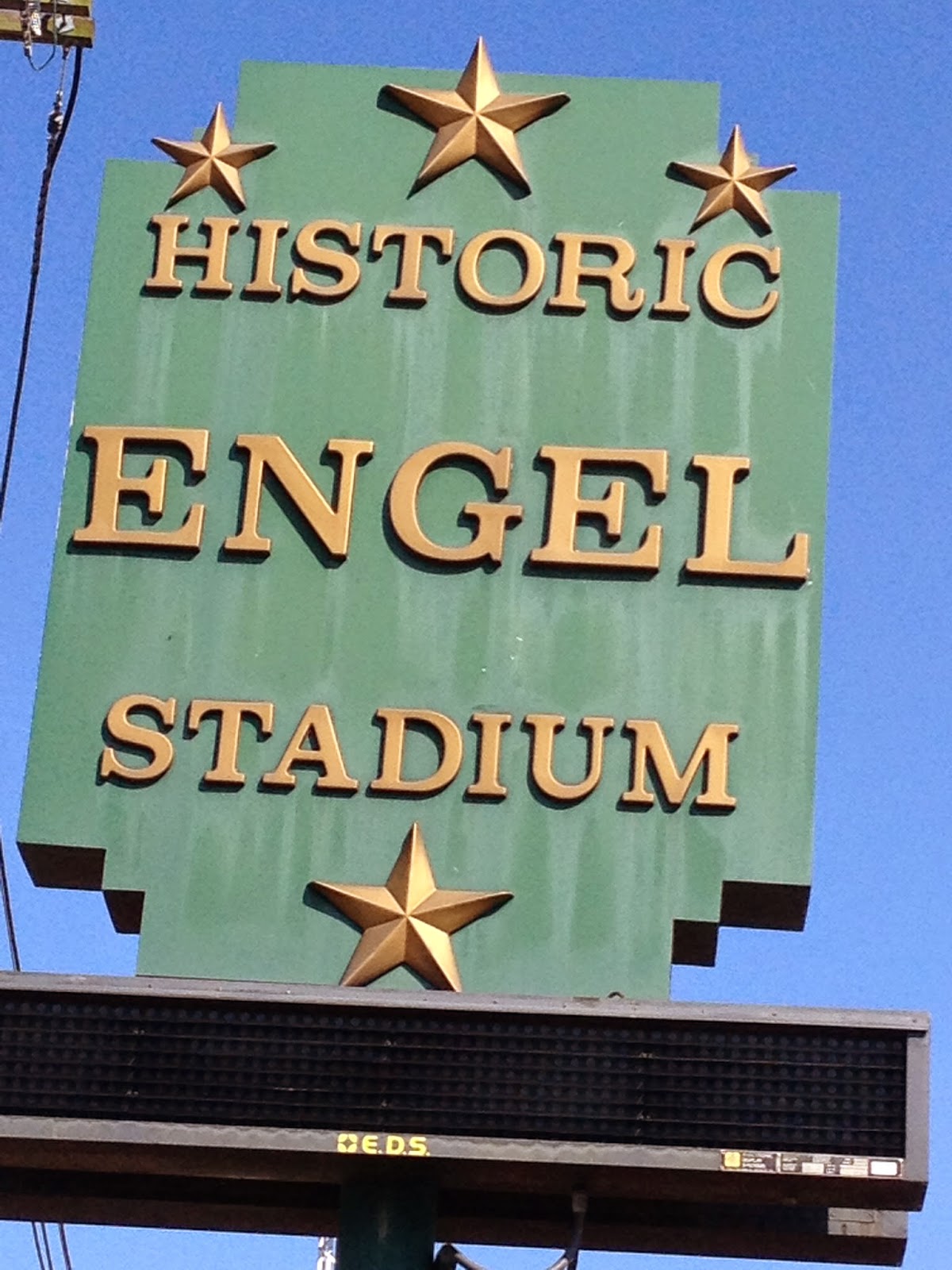 At 3 pm I headed out to Chattanooga. I’d bought two senior citizen general admission tickets on line. Beautiful day for a drive. Stopped in Dalton for a RaceTrac soda refill and free hot dog. Downtown Chattanooga was crawling with people – they really have a nice setup there with the ballpark next to the children’s museum next to the aquarium and to the river footbridge and next the row of restaurants. Just up the hill are nice rowhouse condos with balconies overlooking the entire scene – plus the sun setting over Lookout Mountain and Signal Mountain to the west. After scouting out parking spaces I had time to drive east out 3rd Street past UTC to check out old Engle Stadium, where Ruth and Gehrig were once struck out by a teenage girl. The same place where 9th grade pitcher Will Murphy came within two outs of throwing a no-hitter in a high school tournament (I just had to work that in). 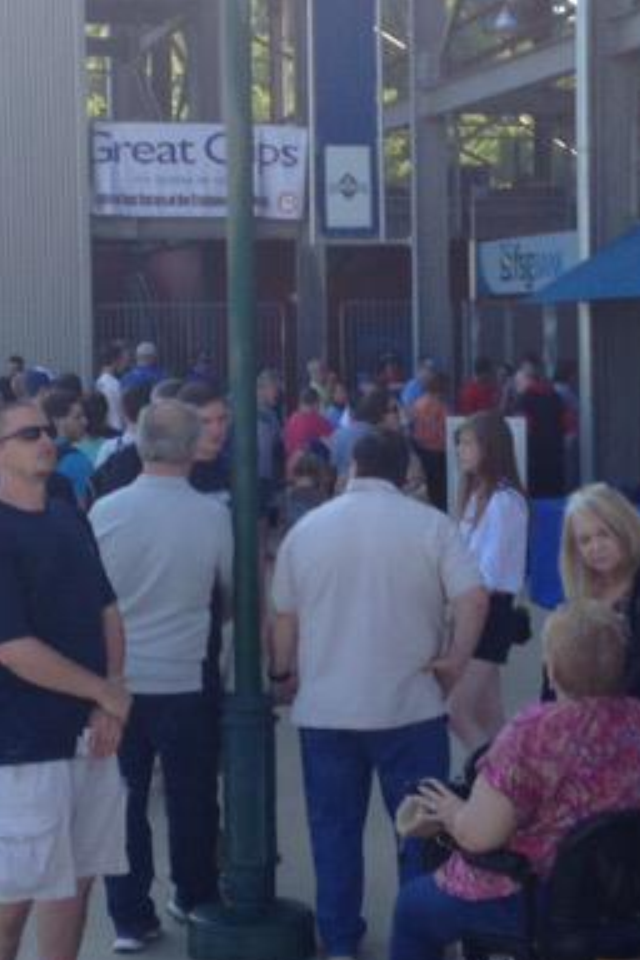 Found a rare free parking space and walked through all the downtown buzz to the ballpark. There was already a line of about 40 people. Checked my phone and discovered two bobblehead buddies were ahead of me in line. The college student behind me was an intern for the Tennessee Smokies minor league team up the road in Sevierville, and a Lookouts intern was in front of me. Finally the gates opened and we went inside. The stadium had about ten rows of seats in front of the walkway, then another 7-8 rows of reserved seats behind it. Then the last ten rows were general admission – even behind the plate. From my vantage point the Smoky Mountains were in the distance behind the outfield fence, with the sun slowly setting behind them. I checked my phone and discovered that my friend Johnny was also at the game. We tracked each other down and had a quick chat. 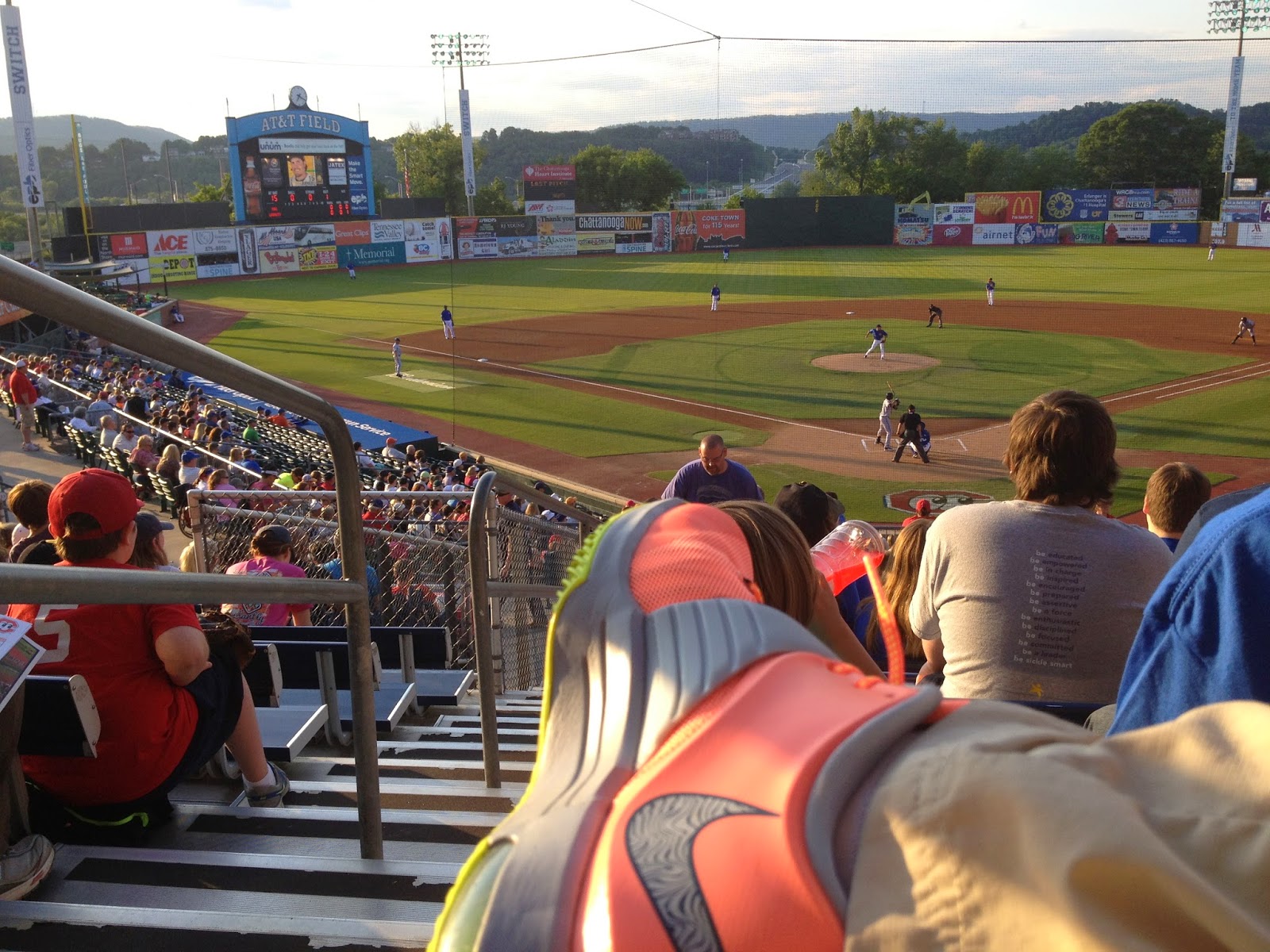 The visiting Jacksonville Suns got a hit in the top of the first, and the Lookouts erupted for three in the bottom of the inning. That meant I didn’t have to sit around waiting for a no-hitter to be broken up. A small Jacksonville batter turned on a hit and lined it over the bleachers in left field, completely out of the park for a home run. A speedy Lookout that had doubled in the first later tripled on a ball he’d hit into the gap in left field. 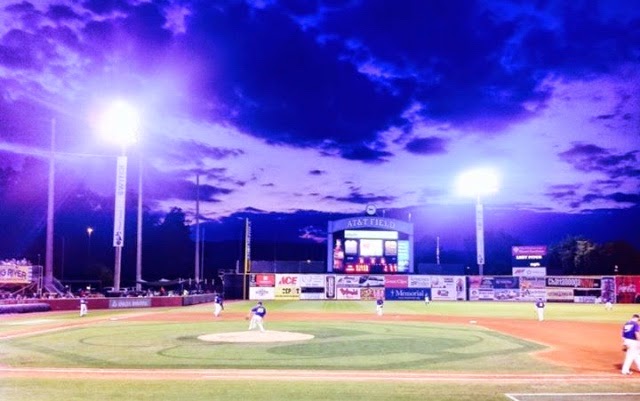 With a two hour drive home ahead of me, I made my leave as the fourth inning began. I checked out the street where the home run had been hit. The ball might’ve sailed into the parking lot across the street or rolled down the hill toward the river. Plenty of prom goers milled about outside the building next door. Some for the girls wore almost immodest dresses that didn’t look very fashionable to me. As I climbed the hill to my car I snapped a picture of the scene: downtown, stadium, mountains, and sunset (below). 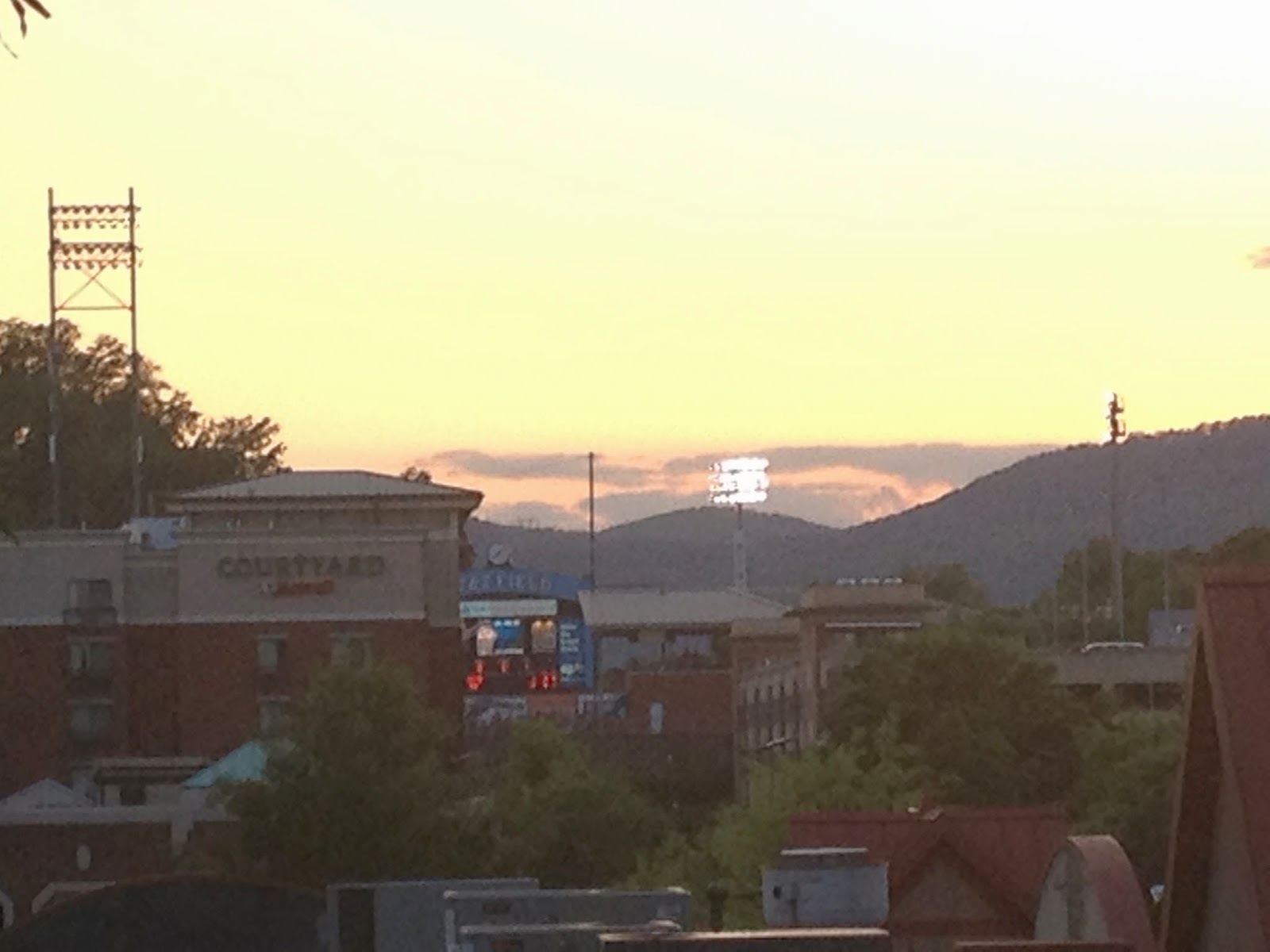 The drive home was also uneventful. I wasn’t that hungry so the soda refill and free apple fritter at RaceTrac was plenty. Made it home shortly after ten. I’m a cheap date: two tickets, two bobbleheads, two cokes, hot dog, apple fritter, and parking for $6.50 plus about $13.20 in gas.