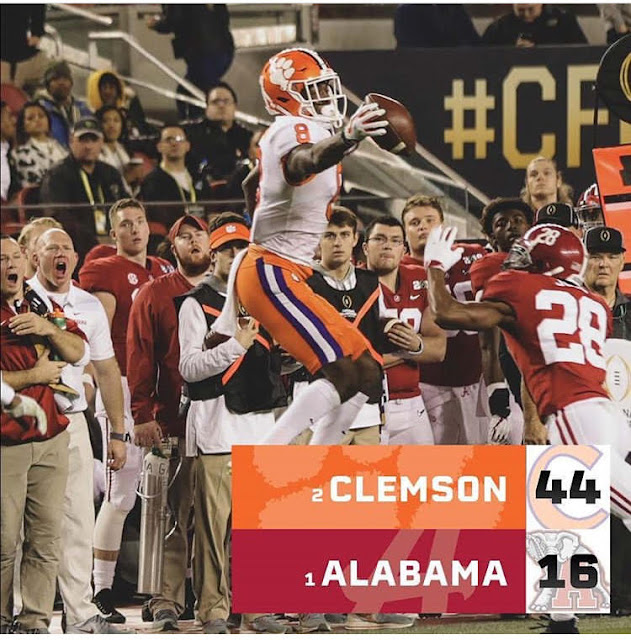 I wasn't able to write a recap of last night's exciting championship game, but wanted to document it in pictures.
Clemson QB Trevor Lawrence had a big game,
and is now directly in the national media's spotlight. 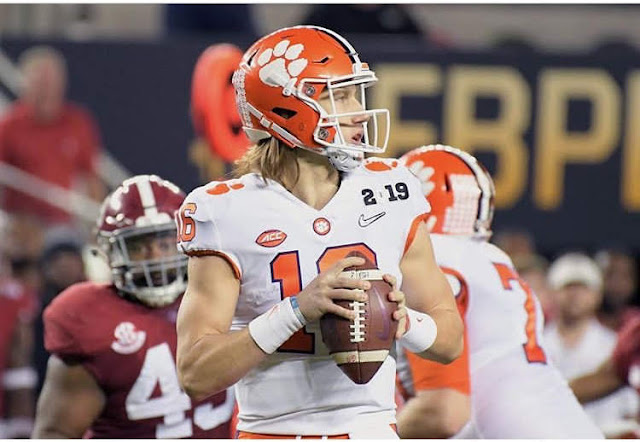 Several outstanding catches by Clemson receivers
might have been the difference in the game. 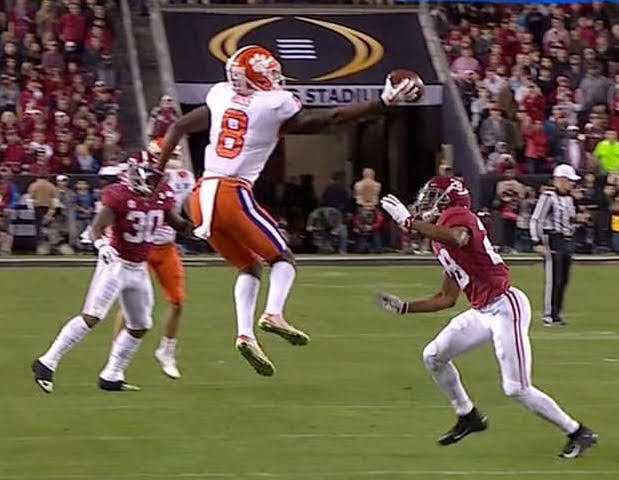 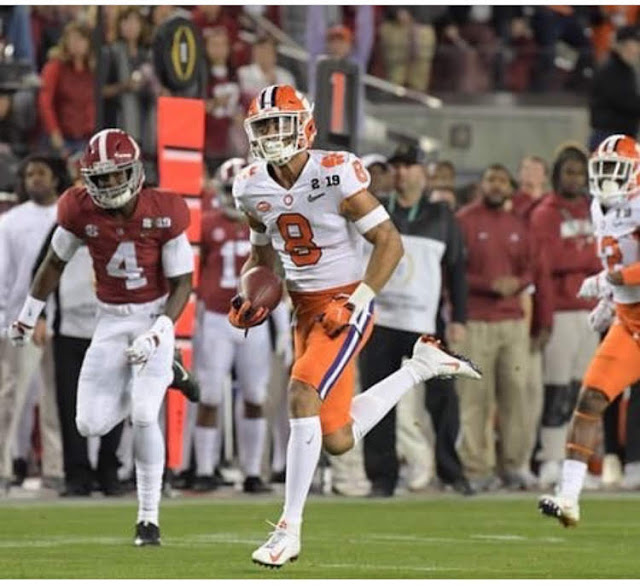 Bama's disasterous fake field goal on fourth and six was stuffed by Clemson's defense, and spelled the beginning of the end of the Tide's chances. 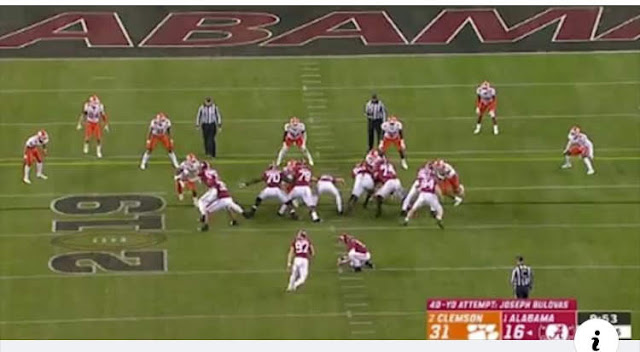 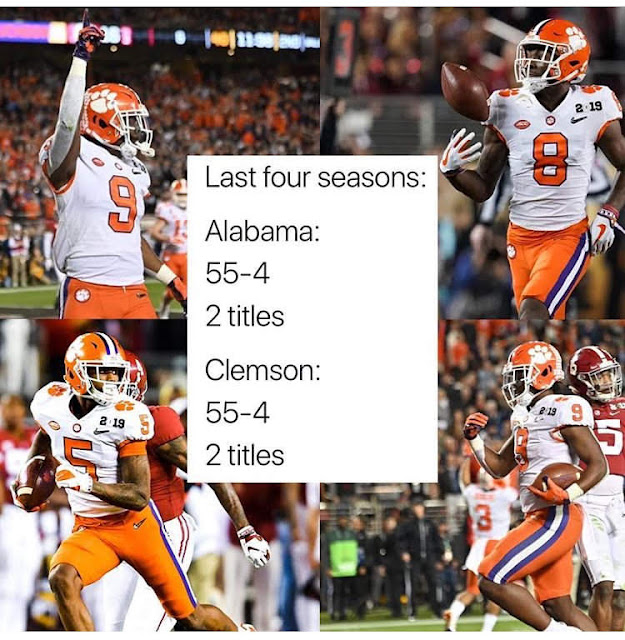 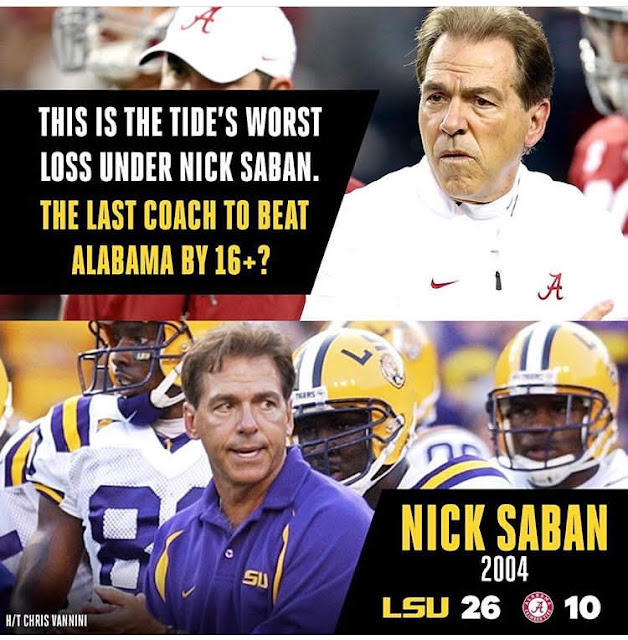 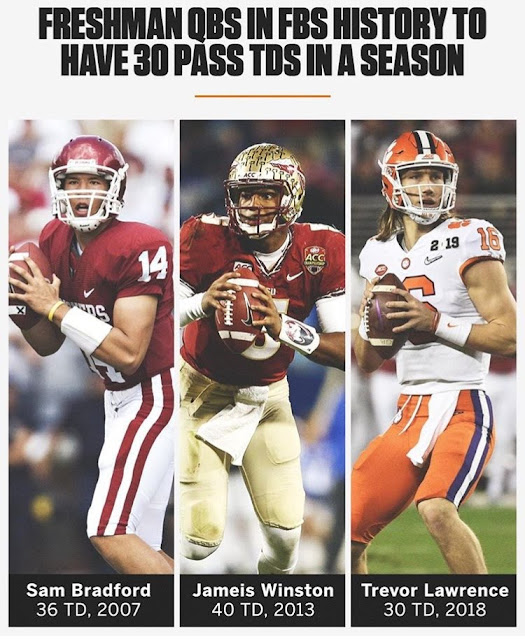 Lawrence passed for 30 TD's despite not playing much in the first few games of the season. 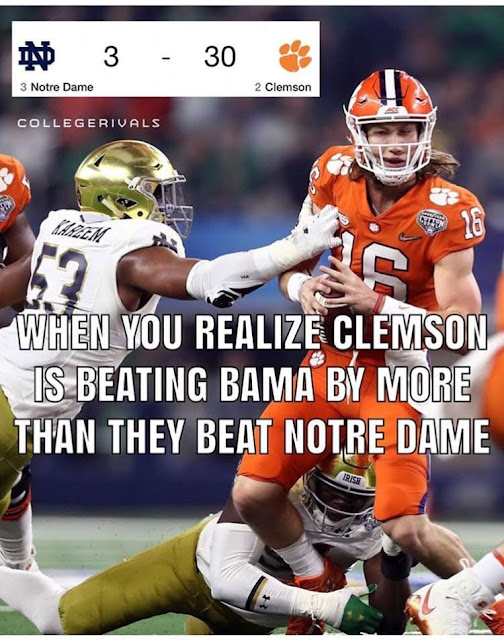 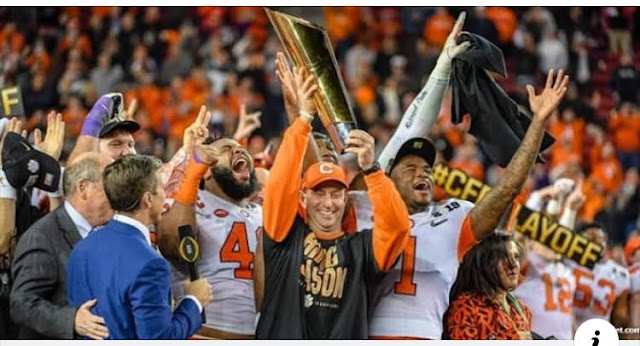