Ranking Gurley With the Greats 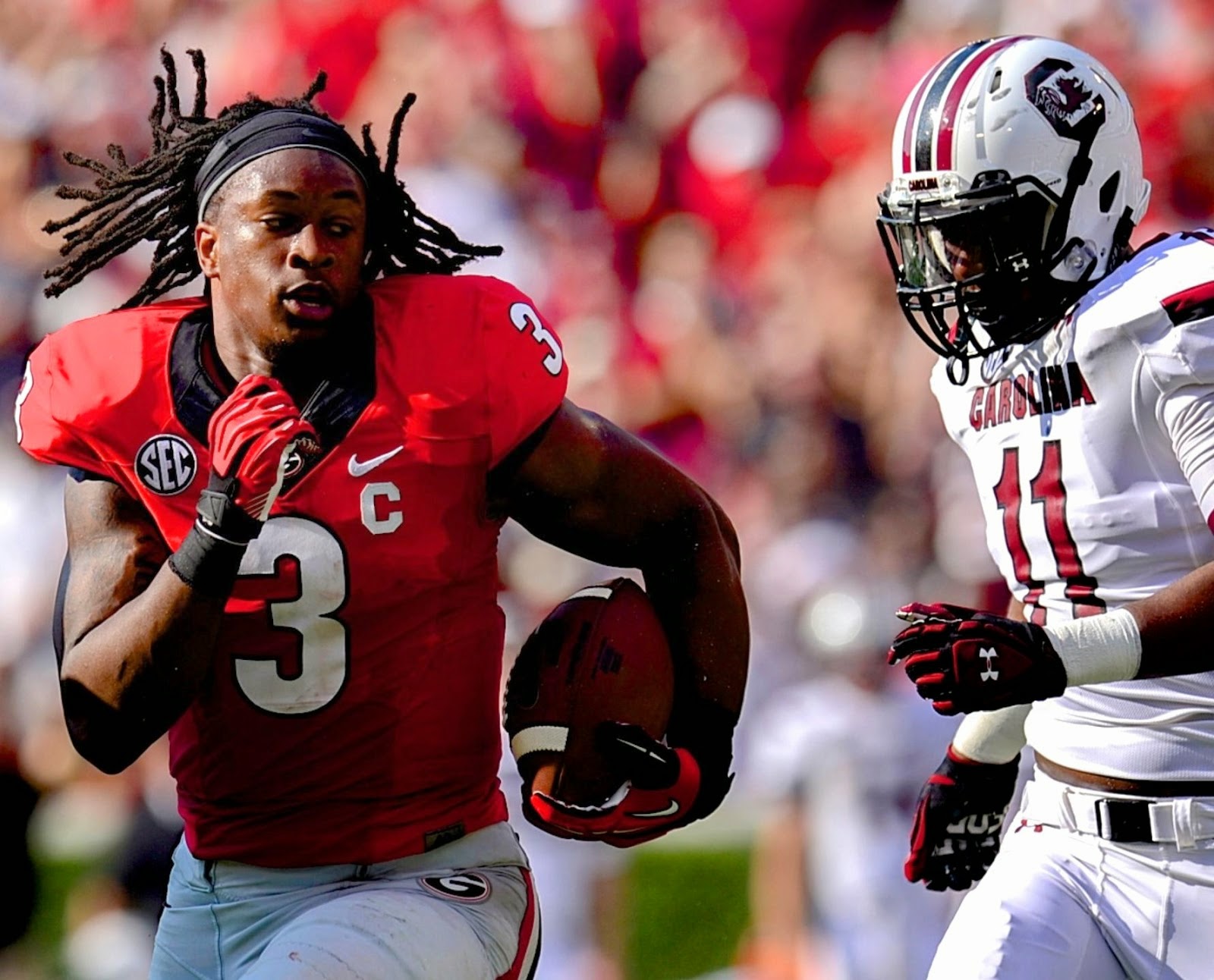 Watching Todd Gurley singlehandedly take over the second half of this year’s Tennessee game showed me that he was the most dominant running back to play at UGA since Herschel. While I have not been a serious student of college football nor the SEC in particular, I may have as much experience or more as many of these wet behind the ears yahoos writing for the bleacher report and other on-line rags. George Rogers had a good year for lower South Carolina and Darren McFadden showed greatness during an injury plagued career at Arkansas. Emmitt Smith could not raise Florida to national prominence.

To be counted as one of the all-time greats a college running back has to remain healthy, put up huge numbers for three or four years, and lead his team to championships. Despite the hard running and determined look in his eyes Todd Gurley is destined to drop into the second-tier of great SEC backs due to numerous injuries and his four game suspension, and that is a shame.

This year Gurley rushed for 911 yards in six games. At that pace he would’ve rushed for 1974 yards in a full season, besting Hershel’s top season by almost 100 yards and placing Gurley within 900 yards of Walker’s three year total. While playing running back in the NFL is a different animal these days, here’s hoping Gurley is able to recover from his ACL injury and have a great pro career. 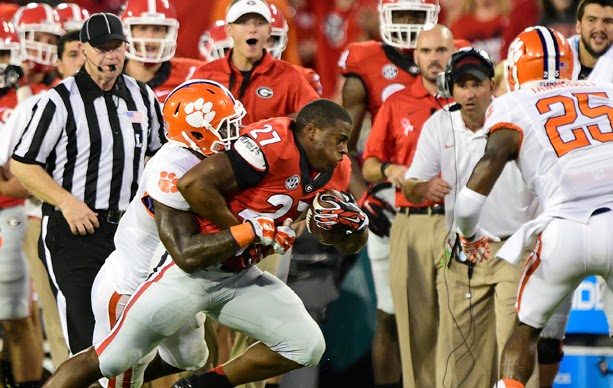 No essay about UGA backs is complete without mention of freshman sensation Nick Chubb, who tied the great Garrison Hurst for the fourth highest rushing total in school history. Chubb averaged 165 yards in the last eight games. Had he played enough in the first five games to achieve that pace he would’ve blown away Herschel’s single season rushing record. Chubb’s 1547 yards outpaced fellow SEC freshman Leonard Fournette, who only gained 1034 yards for LSU. Chubb outrushed Fournette in eight of the 13 games, including a string of six straight and 7 of the last nine. Despite his prolific year against defenses stacked up to stop the run, as a freshman Chubb ran too straight up, was less punishing, and fumbled more than Gurley. Chubb should only improve over the next three years. Should Nick stay healthy and continue at his current pace he could very well finish with 6000-8000 career yards.

Here’s how four of the greatest running backs in Georgia history rank alongside a few of the supposed greatest in college history. Barry Sanders was elite, but he only started one season. Ron Dayne was a four-year plodder. Melvin Gordon only had two good years. Like Gurley, Bo suffered through numerous injuries. While Bo was special, in both college and the pros Herschel achieved far more.