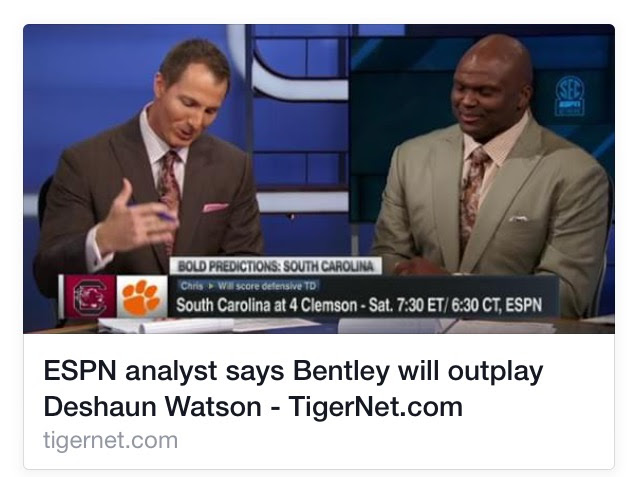 The SEC Network's Booger McFarland is at it again - perhaps to make up for his outlandish prediction that South Carolina's quarterback would outplay All-American Deshaun Watson (he didn't: Clemson won 59-0).

Now McFarland has reversed field, proclaiming that Clemson's offense is "way more explosive" than Alabama's. Guess he thinks no one is fact-checking him. While "explosive" is a word up to interpretation, Alabama scored more points than Clemson this year.

Bama scored less than 30 points only once. Clemson three times.

Granted Alabama's defense did a lot of scoring themselves.

Perhaps McFarland has a personal vendetta against Clemson. Earlier this year he was personally offended by Dabo's comments on social injustice.

While I comment McFarland for speaking out on social issues, there are other times he just needs to keep his mouth shut. 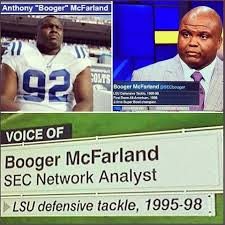