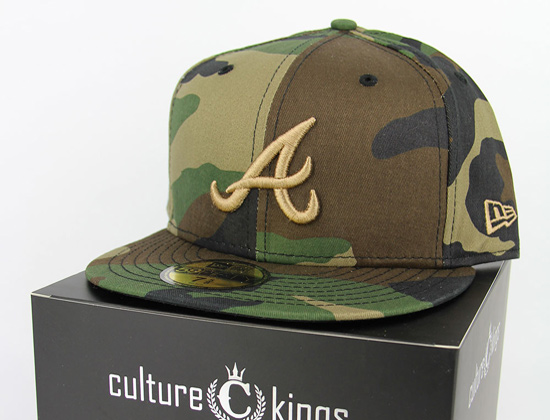 Seems like the baseball off-season flew by. Looking forward to getting reports from Orlando.

See where Liberty will be offering shares of the Braves team? Similar to the Green Bay Packers? Will you be buying a share or two? I like how the article explained how the stock might go up and down depending on how the team goes after players. The same article I think explained why the team lost money – because of depreciation, etc. People always forget those details.

ROB:  After the Shelby Miller trade it has been an uneventful off season.  I have hardly checked in on Talking Chop and quickly scan through DOB and Bowman's articles.  I have not been keeping up with Rowlands Office in a while - all those guys do now is complain about how things are now and the move to Cobb County.

Tim Tucker does a good job of breaking down the Braves business stories.  Buck and Kincaid were discussing the stock story earlier in the week and it made my head hurt.  They were speculating on how the Braves could offer someone a big money contract with the funds from the stock offering.  The AJC article clearly states that they are planning on using the funds to pay off the stadium construction loan.  With the move into the new stadium, the revenue stream will allow them to raise their payroll (according to Coppy) to a top 10 in MLB level.

ME: Friday night C and M went to Whole Foods and brought back burgers and onion rings. I ate mine without the bun. Friday at Pebble the CEO of Chevron holed a wedge from about 150 yards – on the 18th hole I think. Bill Murray and Ray Romano didn’t get much air time, but Larry the Cable Guy did. Justin Timberlake holed a long putt, and Wayne Gretzky did well – better than Raj from The Big Bang Theory. Raj is as talkative in real life as he is on the show.

After lunch Ceil visited a small upstairs art gallery in downtown Athens, then went to Two Story Coffee. I was messaging a bobblehead friend. The gymnastics meet was sold out so I wasn't able to secure a bobblehead, but my friend is going to hook me up.

By then it was 3 pm. Margaret Hurt's Auburn Equestrian Team was riding against UGA 30 minutes away, south of Barnesville. The meet had started at one, so it would be almost over by the time we got there. Instead we headed home. We decided to catch a movie at The East Cobb Picture Show: "JOY" starring Bradley Cooper and Jennifer Lawrence, the girl from The Hunger Games. Very good, about the hardships an inventor suffered before striking it rich on QVC and The Home Shopping Network. Then a quiet Saturday evening, though I had to drive back to Cumming to retrieve M.

I didn't watch the slam dunk or three point contest even though I wasn't doing much. Had the TV on the replay of Pebble Beach instead. Friday night the celebrity game was on. Della Donne wasn't really playing all out. I just wanted Kevin Hart to lose and not get MVP. I guess his thing is to be all about himself, which rubs me the wrong way. Even his commercials are like that. Not funny. I was glad Tracy McGrady was gunning from downtown. After the game the MVP for Team Canada went off on a political rant about how the US needed this and that, and the reporter quickly cut him off.

On the drive back from Athens I was able to take a daydream and figure out an entire feature length movie, to star Tom Hanks and wife Rita Wilson (or maybe John Krasinski and wife Emily Blunt or castmate Jenna Fischer). A young couple meets, shares rides to work, dates, falls in love, marries, gets laughs, and becomes a comedy act touring the country. She gains fame on Saturday Night Live and he gets work writing and acting.

Sunday: JFBC in the AM. Ceil fixed lasagna and salad for lunch. I did some laundry but not much else. C took a nap. M wasn't feeling well and didn't go the church. John took Anna out for lunch. Over the weekend I went through over 1200 emails. I worked on my laptop while the NBA ASG was on, then went to bed.

Saw the end of Pebble Beach. Very exciting. When I saw Vaughn Taylor’s FAM1LY cap with M2.19 on the side I looked him up on line. He grew up in Augusta. You could tell how special it was for him to win. Michelson’s putt seemed short enough, so I feared the playoff. Phil had struggled down the stretch and any one bad shot could’ve made the difference. Too bad for Phil but it seemed like after his putt lipped out he looked over and say how much this meant to Taylor.

Monday: This morning I was tired of wearing my canvas barn coat. So I went back in my closet for a black jacket. When I pulled it out I found the blue/black coat I hadn't been able to find for a week, so I wore it instead. Sure enough, inside the jacket pocket was my missing wallet. No sign of the missing remote control (found it later in the living room sofa).

Then I tried to start the car and it cranked. Thank God. I wasn’t going to stop at the third store I’d planned to visit. I drove up 400 to highway 20 and got gas for 144.9 with the car still running. Then I picked up M, drove through Taco Bell for him, and made it home around 8:30. C was at Panera Bread with her friend Noelle. Watched some of the Grammys but didn’t pay much attention. Beat Ceil to bed.

W and MC won a special Valentines dinner at Chickfila. The table was decorated and had a tablecloth. They dressed up for the occasion.