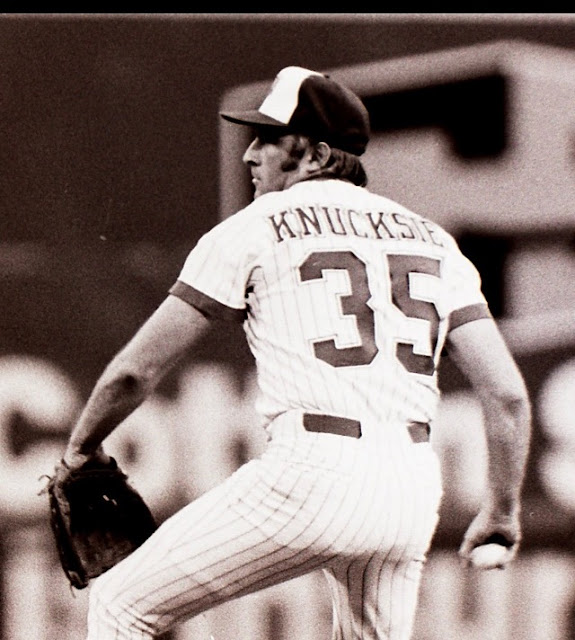 Great Uni Watch article on ESPN.com last week about the Braves 1976 home uniforms with nicknames on the back. Mets fan Paul Lukas covers the wide spectrum of uniform oddities, and its nice when he writes in depth about my favorite team. He has written about the nicknames before, but recently received permission to publish a treasure trove of photographs form the Braves Museum archives.
http://espn.go.com/mlb/story/_/id/15507790/uni-watch-friday-flashback-braves-keep-informal

Legendary Braves hurler Phil Niekro naturally wore "Knucksie" on his back. Several years ago I stumbled across an authentic $250.00 Mitchell & Ness Knucksie jersey on the East Cobb TJ Maxx sale rack for $30.00, and I'm still kicking myself for not buying it. Not only was it a great deal, those jerseys are extremely rare. 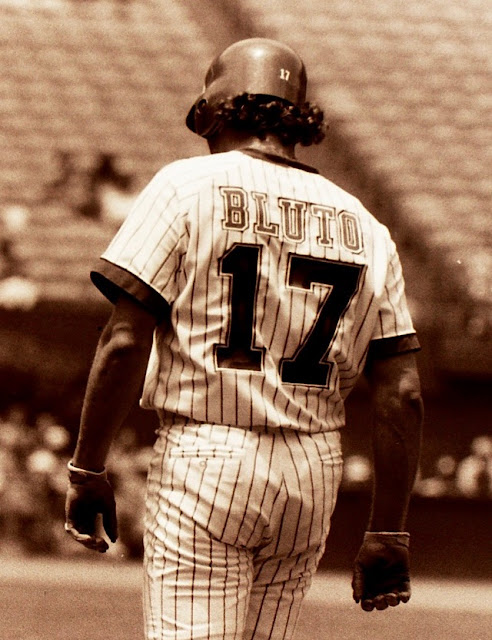 In 1976 the big story about the nickname jerseys was the recently signed free agent pitcher Andy Messersmith. Owner Ted Turner awarded his latest toy jersey number 17 and pasted "CHANNEL" on the pitcher's jersey, in an obvious promotional ploy for his fledgling cable channel. After the Braves were fined for the advertisement Messersmith changed to BLUTO, his nickname in Los Angeles. Teammate Steve Garvey was Popeye. 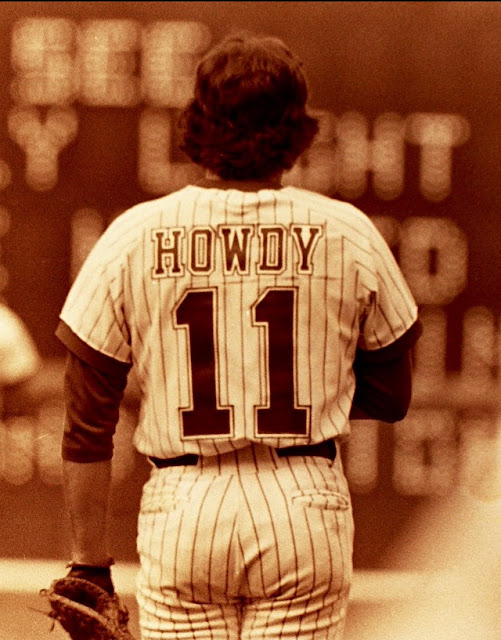 Howdy Doody look-alike Darrell Evans (above). Others pictured in the ESPN article: 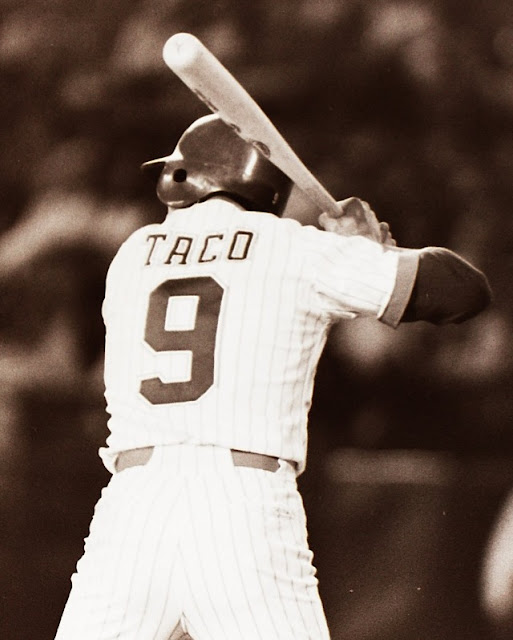 The jerseys were only worn at home, from May 1 through June 24, for 28 home hames. Manager Dave Bristol and the other coaches wore surnames, not nicknames. The nickname jerseys did not feature the NL centennial patch worn by other teams, though the Braves wore them on the road and at home before and after the nickname experiment.