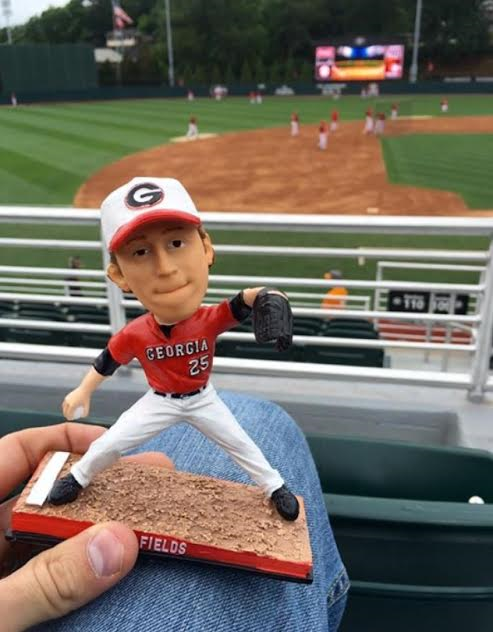 2016 bobblehead # 4: UGA's Josh Fields.
Thursday I only worked 8-1/2 hours, then headed over to Athens. Even then I was on the phone making arrangements and checking and sending emails after that. As it was I still got a late start and had to stop for gas. Stopped by a Chickfila because it was on the right side of the road. Had to scratch several planned stops along the way and went straight to the baseball field. Gates were already open so I went right in shortly after 5 pm. That’s when I caught up on more phone calls and emails. Met up with James, who I had been messaging about bobbleheads. We watched BP and infield and the game. Made a couple of stops on the way back and made it home before 9:30.

Sometimes I wonder why I make these short bobblehead trips but they’re fun adventures to break up the same old routine. It was a nice cool day without the sun beating down. No rain the entire way. Thanks to a UGA ticket special, the trip (two soft drinks, pastry, Chickfila sandwich, parking, game tickets, 4 bobbleheads) only cost me ten bucks, excluding gas. If I sell one bobblehead I’m making money.
Nice crowd at the game, considering school has been out for a week. Saw Charlie Manuel, the former Phillies manager, sitting behind the plate with all the other MLB scouts. Tennessee’s DH was Benito Santiago Junior.
M was at a sleepover up in Woodstock. A and J hung out in Roswell down by the river, then watched The Office on Netflix. 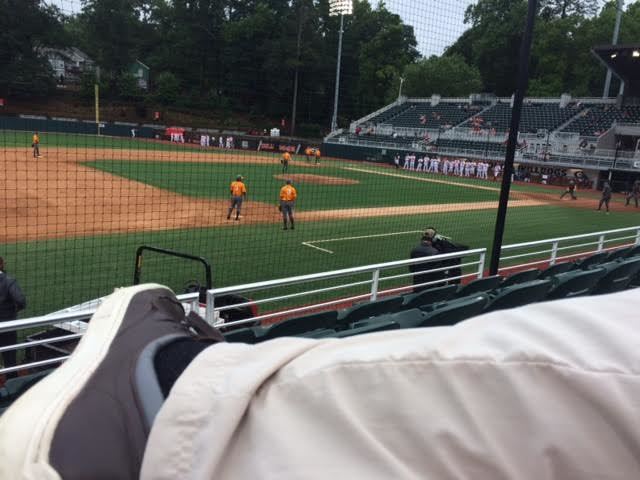 Crazy slammed at work. One coworker is out but we’d be slammed anyway. Too much work for the team we have in place. Nothing management doesn’t already know.