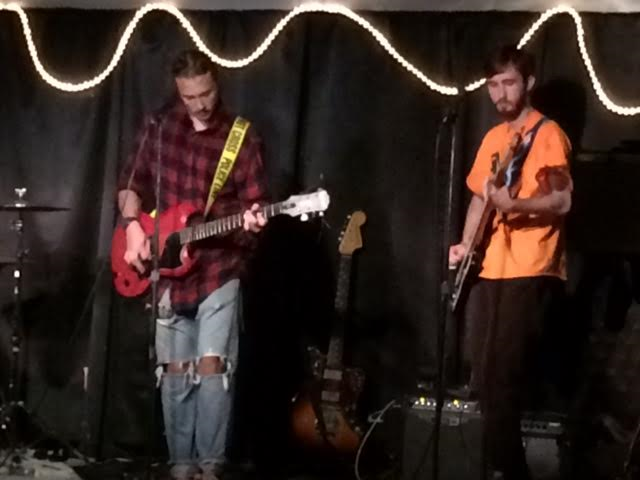 M had spent Thursday and Friday night at Shep’s getting ready for the Saturday night show. They had secured the use of Intown Community Church’s little coffee house.
Nineteen attended: the three band members, six parents, and ten friends. M told a joke to test the sound system, and continued to let his personality show throughout the evening. 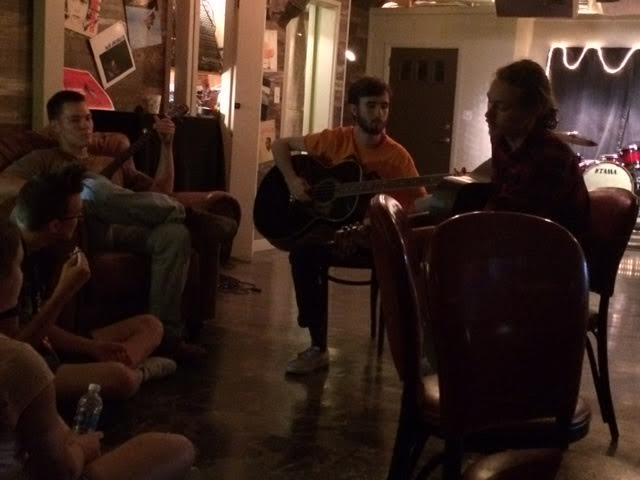 Despite a scratchy throat, Shep did most of the singing, but M did his share. Songs included 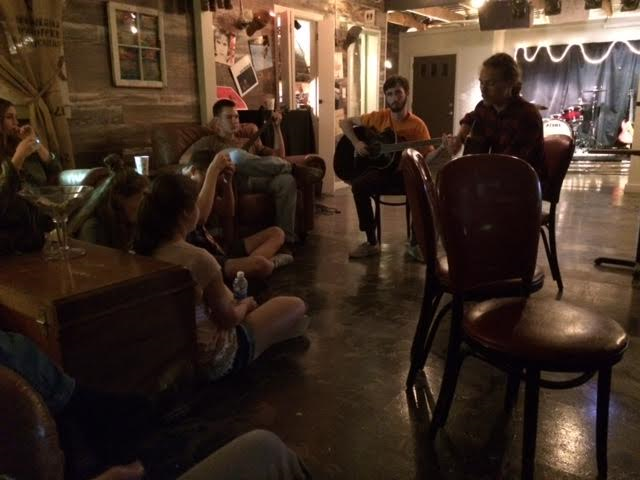 After playing numerous songs on their electric guitars, after a break drummer Will pulled out his banjo and joined M and Shep playing an acoustic set. It was the most I’d ever seen M play. He did a great job and seemed to have a good time. 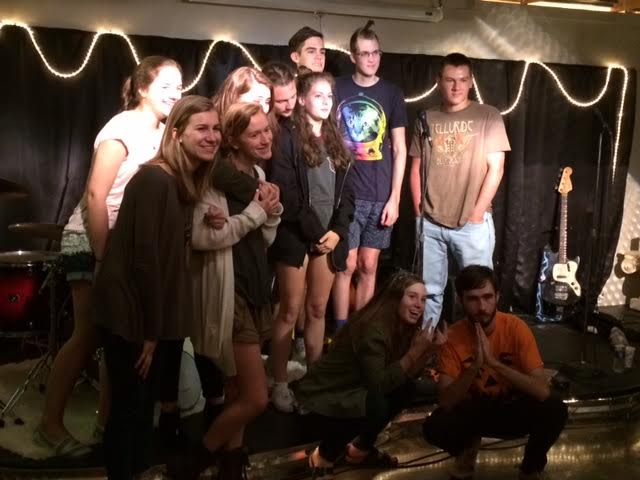 Sunday School and worship at Johnson Ferry. Afterwards C napped upstairs and I napped downstairs. M went to Passion City Church, where the service honored the UGA girls who had died in the accident last week. C went to the grocery and I folded laundry. Watched Toronto beat Indiana.

Just read in www.buckheadview.com that the Garden Hills Fellini’s has filed paperwork to raze the remaining buildings and completely rebuild, with additional parking. The new Fellini’s will be the only restaurant / business on the site. The owner used to live there on Rumson Road for many years. His wife had just passed away, after teaching for many years at Garden Hills Elementary. The story was funny because he kept going from info on the Fellini’s shopping center to personal stuff about the owner and his late wife, and how the owner called the writer back like he said he would after he was done with his wife’s funeral arrangements and back working on the restaurant project.
Last Thursday I took the scenic way home. We had been to the Krog Street Market one time, but those other shops (on Highland I guess) I had never even seen before.
The food at Agave was very good. Waitress very nice. I had wanted the burrito all along but was going to order something I thought was less spicy. What E and C got looked good as well. I forgot to ask C for a bite. 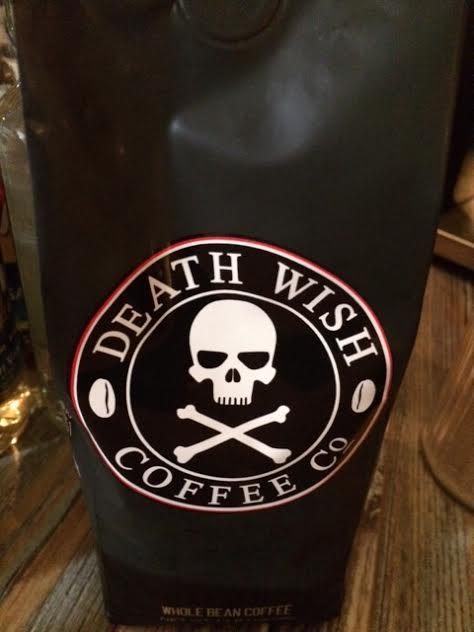 Email ThisBlogThis!Share to TwitterShare to FacebookShare to Pinterest
Labels: Matthew