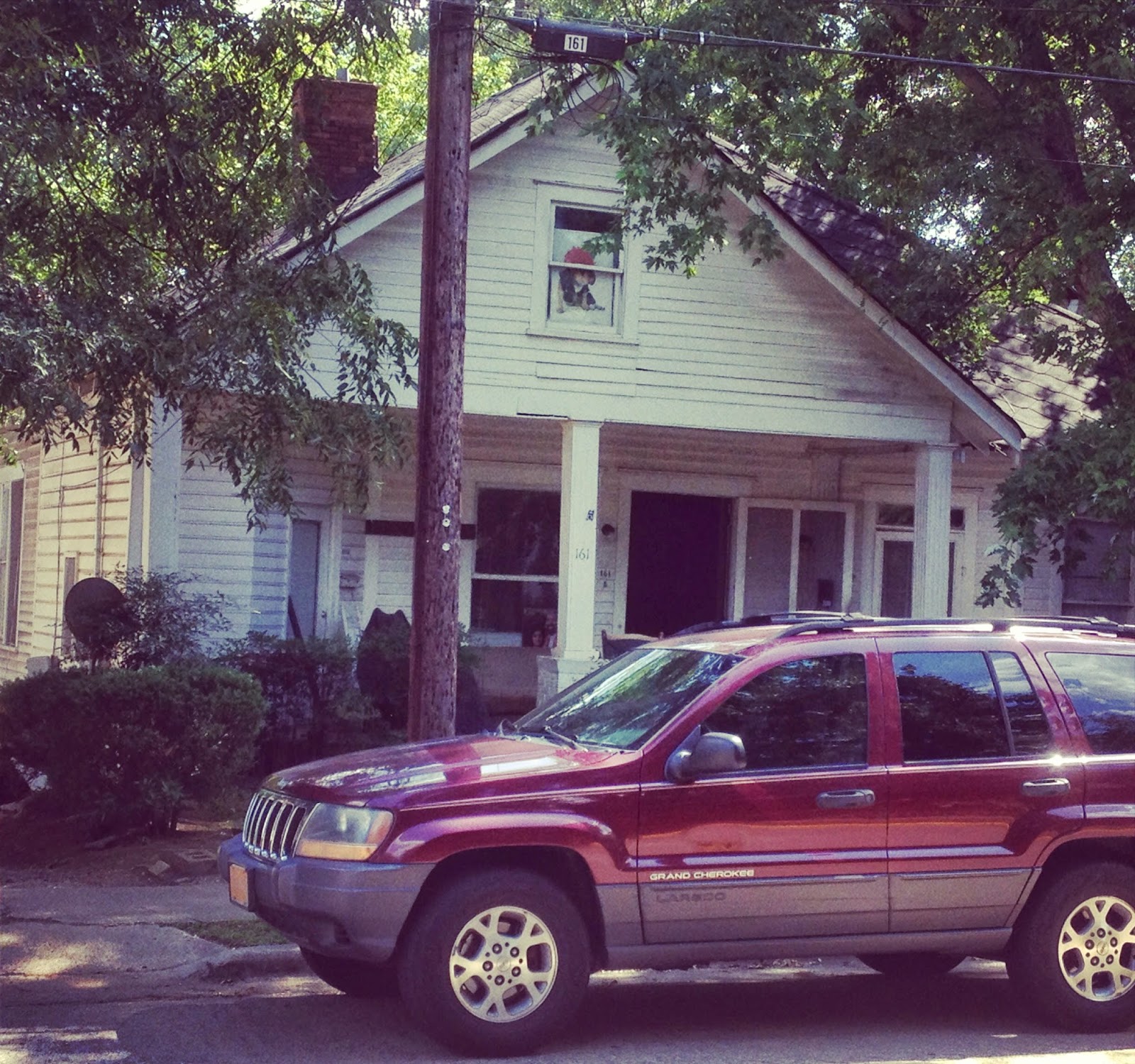 Moved Will over to Athens today, into his rented shotgun house just off Milledge Avenue, on Springdale. The house has quite a bit of character. Nice backyard, two kitchenettes, and five roommates (I met four of them, including my high school classmate Steve Fuerniss' son). 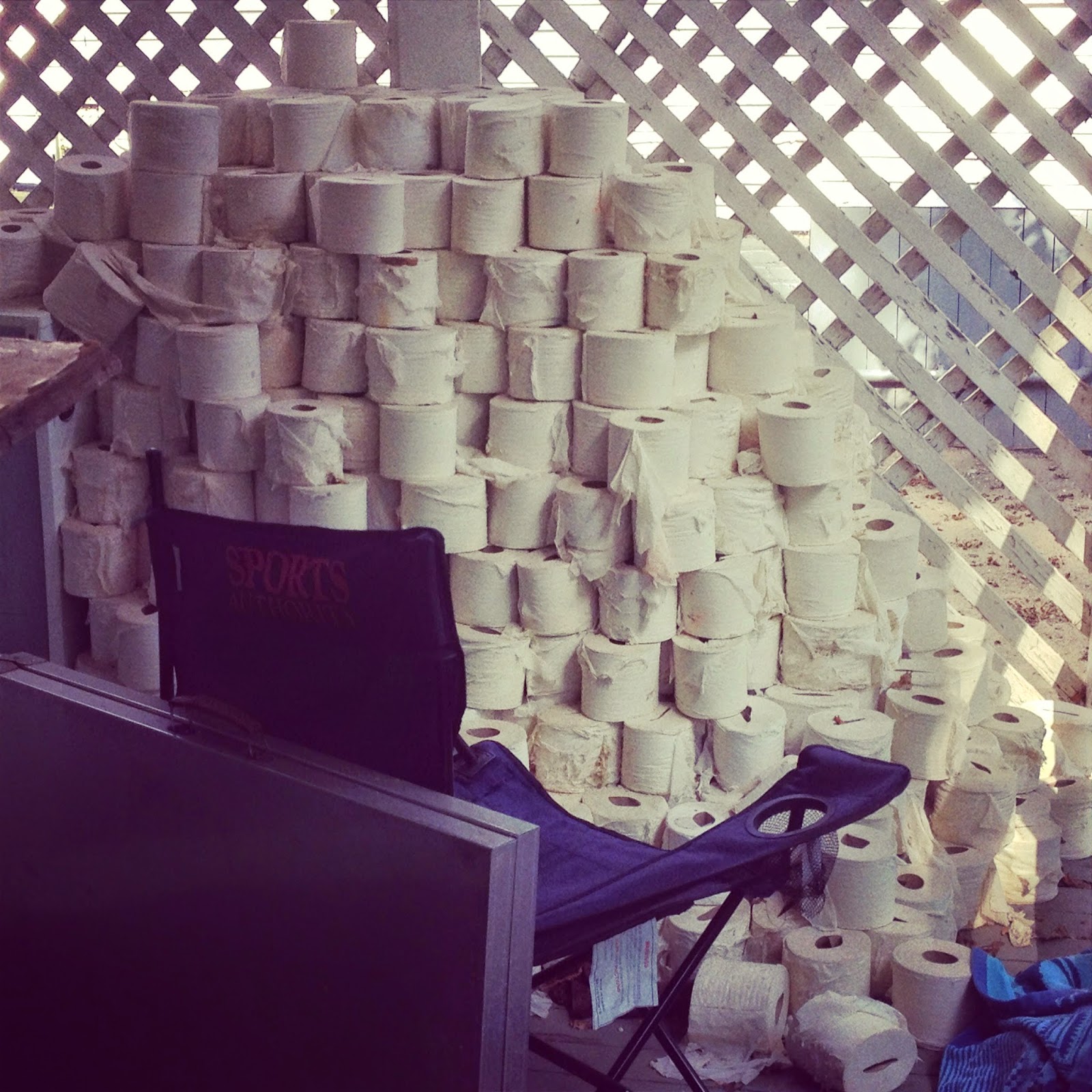 The house also has nice front and back porches, if they can get some of the clutter cleared off. Interesting discovery on the back porch: hundreds of rolls of toilet paper.

Will drove a trailer over to Athens carrying the huge TV the Gilberts had given him. I followed in my car, also loaded with his stuff. Left East Cobb at 12:45, narrowly beating Friday afternoon traffic on 400 south, 285 east, and 85 north.

Email ThisBlogThis!Share to TwitterShare to FacebookShare to Pinterest
Labels: photos, Will