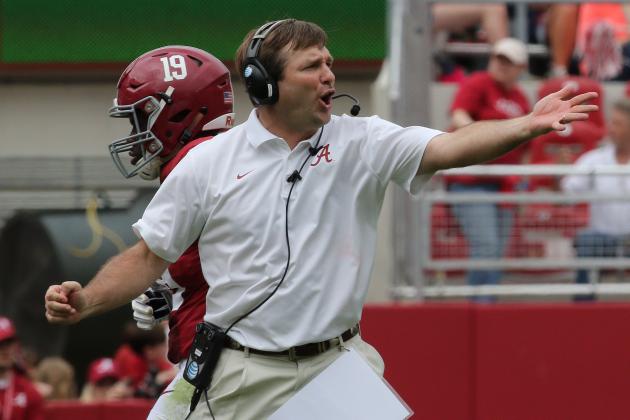 Breaking news: UGA hires Kirby Smart. More later. Notes from the weekend:
UGA did well to mostly stick to the running game. Beat Tech at their own game.
GT: Johnson complains that his players don’t execute. Kinda hard when the players on the other side of the ball are bigger, quicker, faster – and better. Perhaps Johnson is calling the wrong plays. He recruits and coaches the running game, then in games expects them to execute pass plays. Why not run the ball more? I understand the running back core has been decimated by injury, but they continued to move the ball on the ground against Georgia, only to have possession after passion stall after an unsuccessful pass play. Tech turned the ball over three times on pass plays. This was the difference in the game. And this: Tech's leading tackler throws a punch and gets himself thrown out of the game. Smart.
Clemson: yes, it was a rivalry game, but the undefeated Tigers continue to show their flaws – particularly allowing big plays on defense. They didn’t put away Syracuse, Wake Forest, or South Carolina. This will make beating UNC all the more difficult. Look for both Clemson and UNC to wear dark jerseys Saturday night in Charlotte.
South Carolina: fans keep waving those towels like they've never seen anyone wave a towel before.
Florida: no offense, but that’s something we’ve known all year. Look for an Alabama blowout Saturday. 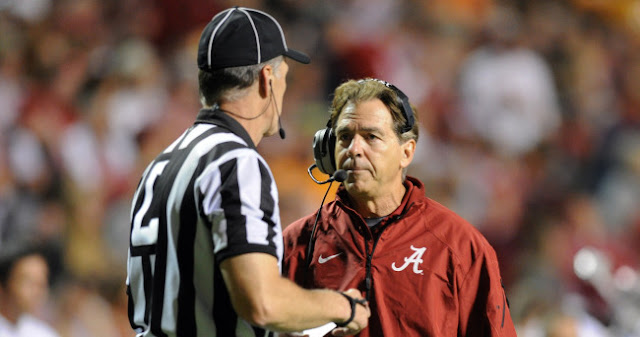 Bama: did you see the ref call a sideline penalty on Saban? That ref was my high school teammate Johnny Crawford (above). He was the punter.

Oklahoma: looking strong, beating two tough opponents back to back. I loved watching them beat both Baylor and OK State. With the Richt firing Will has jumped on the Sooner Schooner, and I may not be far behind. An OK/AL national championship game would be something, though they might meet in the semis. Should Bama blow out Florida and Clemson squeak by UNC, I could see the committee rank Bama number one to set up a Bama/Oklahoma final.

TCU/Baylor: another great game to watch.
Falcons: everyone wants to know what’s wrong, without looking at the simple facts. After sucking for two years, perhaps expecting a playoff season is unreasonable. They start off the year winning five close games, beating five mediocre teams. Seeing the 5-0, fans’ eyes got big. And after years of excellence with little support, Matt Ryan is suddenly human. Impatient fans are ready to dump him, but he’s far from their biggest problem. When defensive players aren’t hustling, that’s a problem. Players go through high school and college with their eyes on The League, but when they get there they loaf. Sad. Why I watch college football – fewer prima donnas. 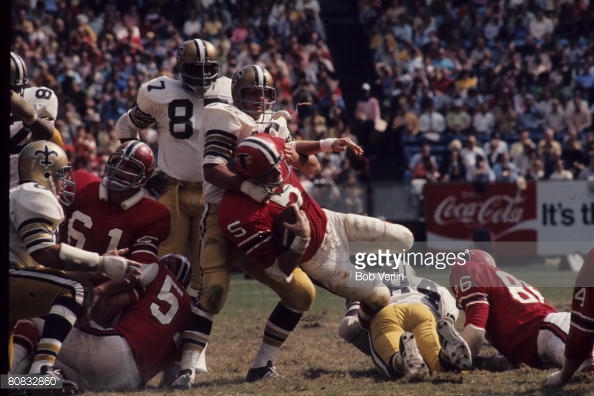 Great video of Harmon Wages scoring touchdowns passing, receiving, and rushing in the same game against the Saints – a game I attended. https://vimeo.com/135929526 A feat achieved by only six others in NFL history. I’m guessing Paul Hornung also is on the list, which I am unable to find. 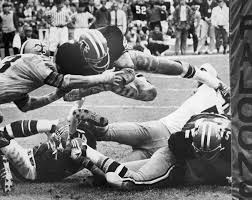 Patriots: no undefeated season. But that’s not their goal. I’d love to see them knock off the Panthers in the Super Bowl. Actually, I’d love to see the Panthers lose before then. The AFC is stronger than the NFC, and Carolina opponents haven’t put up much of a fight. Maybe Cam Newton will fall victim to the SI cover jinx. An issue full of the self-absorbed QB preening and dancing. Ugh.