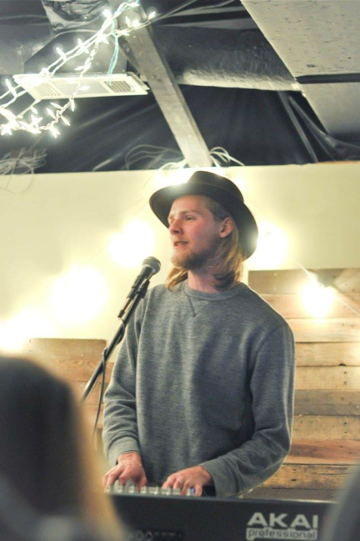 Rough weekend. Not sure when Will got home from Athens. Friday or Saturday night. His church gave him a $400.00 gift card from Home Depot as a going away present. Raked the yard Friday and did some other housework and laundry as well. Ceil cooked pork tenderloin, and later W and I watched a Batman movie.
Later Saturday for Matthew I stopped by two thrift stores, the bank, Taco Bell, Moe’s, Chickfila, QuikTrip, and then four more thrift stores. Then I gassed up my Civic. Ceil worked a wedding with Molly, and we both returned home after our long days quite bushed.
Saturday night we went with Ceil to Joel Norman’s concert down in Becky’s basement. House concerts must be a thing these days. Besides Becky and Joel’s partner Isaac George’s parents, we were the only old people there. Lots of beards and long hair. Several now young adults we knew: Willis, Charles, David, and Beth Norman, DJ Hoffer, Will, Kevin Brock, Nic Beatty, Kyle Muscara, David Rajecki, Joel Nels, Josiah and Nicki George (with their well-behaved baby daughter), and several other members of the big George family. There were at least 50 people in the Norman’s nicely finished basement. Charles shuttled people over from the nearby Riverside Park parking lot. He has grown to well over six feet, perhaps taller than his brother David. 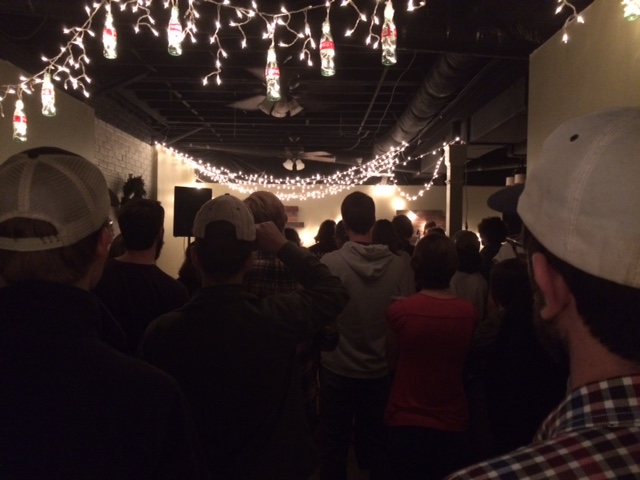 Abby George’s husband Jonathan Peyton opened the show with several songs and some great stories. He has performed at Eddie’s Attic. Anthony Aparo followed him, accompanied by his wife, who looked like Gwen Stefani. They too had a few personable short stories to share. Anthony sang his single “I’ve Got Plenty”, recently released on Spotify. He works for a ministry in the city. Finally Joel and Isaac took the stage, accompanied by one guy on bass, another on drums, and a girl on acoustic guitar. Isaac played guitar and sang. Joel played keyboards, sang lead, and introduced the songs. They did great considering the short time they had to practice. Joel’s confident yet playful introductions, love songs, and melodies reminded me of Paul McCartney. The show was to celebrate the release of Isaac & Joel’s double single “Simple Love” and “When We Were Kids” on Noisetrade.com.
Will returned to Athens Sunday morning to work. later Ceil and I split a meal at Moxie Burger. Then we cleaned up the downstairs pretty well before Molly came over. Got a live Christmas tree set up in the living room. Will had gotten down the decorations from the attic but we didn’t get the tree decorated. C went to Target and Whole Foods. She cooked grits and eggs and worked on the wedding. I tried out my recently acquired popcorn popper #5. Later we watched the highly recommended Netflix movie Crackerjack. Very good. Made by my friend Bryan Coley, we had forgotten his wife and kids were in the movie. Wife Susan played a harried pregnant wife to perfection, and cutiepie daughter Haviland played her pesky daughter. My friend Reid Hall was also credited for his production help mixing in narrator Jeff Foxworthy’s lines.
Nice to see that our company Christmas card actually says Merry Christmas on it. I even got to sign one of them. Now I hear there are also some Happy Holidays cards. Oh well. I need to send one to the crew at the Duluth Taco Bell. Terrible service. Funny that of the all minority crew there were no Hispanics.
Sunday during lunch I thought up what I thought was a good joke: “If global warming is such a thing why doesn’t Hollywood make movies about it?” Posted it around 2 pm and garnered several likes. Of course the danger in posting anything remotely political on social media, especially as a question, is that someone with a different viewpoint might post something to the contrary. It took 12 hours – at 2 am - before the outspoken Scott Morris posted a witty reply: “Because we go to movies to escape reality.” This morning I thought of a few witty yet truthful replies, but since the post was already buried in everyone’s feeds, I left his comment alone.