Steak Shapiro was at it again this morning on 680. He was going on and on about how great the Yankees are, but kept getting most of his information wrong. Both Sandra and Finneran were trying hard to not have to correct him, but Steak kept asking them questions. “What weekend are the Yankees coming to town in September?” “uh, the Red Sox are coming on a Monday, Tuesday, and Wednesday.” “OH, THE SOX! Braves fans better stay away.”

When told the Braves would be in New York to face the Yankees on July 4, Steak perked up “A GREAT TRIP! Remember Righetti’s no-hitter 35-40 years ago? Unless you have a tee-ball tournament in Chattanooga that weekend.” Uh, Steak, there are no such things as tee-ball tournaments.

Then “SunTrust Park is a great destination for opposing fans. What teams are coming in for weekend series?”  “Uh, Phillies, Mets, Giants, Miami, Padres, Arizona, Brewers, Rockes, Pirates, Orioles…” “BALTIMORE!” bellowed Steak, as if the Orioles fans traveled in packs.

Then Steak started trashing the home team, the team his radio station broadcasts. He listed players who had to prove “themselves” – Dansby (who homered on Sunday), Albies (who was called up and proceeded to wear out NL pitching, and played great defense), and Tyler Flowers and Kurt Suzuki (who together combined to be the most producting catching duo in baseball) – and “the whole third base situation” (though Camargo hit .300 last year as a rookie). No mention of all-stars Freeman and Inciarte or phenom Acuna, or all the young pitching that’s about to hit the majors. Instead Steak thought the Braves might have empty seats on Opening Day – always one of the most well-attended games of the year. I’m not sure Steak thinks about what he’s saying. After five minutes I had to change the channel. The Front Row is unlistenable, a far cry from Chuck & Chernoff,  Cellini & Dimino, or even Buck & Kincade. He doesn’t deserve the space on this lousy blog.

The Yankees are in town March 26. My company seats are taken. I saw the Chipper article but haven’t read it yet. The one about guns.

Ceil had been out and about all day Friday, first at a doctor’s appointment and later getting a new cell phone battery installed at Perimeter Mall. I didn’t get home until seven. Ceil fixed a quesadilla for me and a taco salad for her.

For a late Saturday breakfast Ceil fixed scrambled eggs and oatmeal. We worked around the house all day. Later Ceil ran some errands. Went to the Picture Show for the 7:25 showing of “Wonder” the Julia Roberts / Owen Wilson tear jerker. M went out to a show.

JFBC on Sunday morning. This is their big missions conference week. In our SS we had testimonies from mission trips. Couples from all ages in our class, taught by a JFBC staff member in the global missions office. Several of the younger couples are preparing for overseas missions: one in Cambodia, one in India, and others. Interesting stories, including some from Serbia. Watched some of the Closing Ceremony. Ceil has a show she watches on Sunday nights, so I worked on my laptop. We watched a lot of golf as well. Always fun to watch courses and players with whom I am familiar. 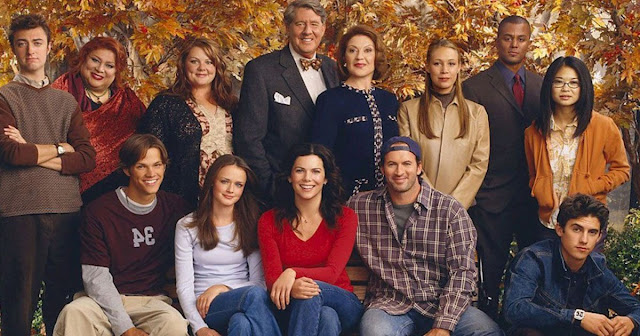 I think we watched three episodes of Gilmore Girls both Friday night and Saturday night, and another one Sunday night. We’re well into the last season now, and like many shows Gilmore Girls is limping home. Part of the genius of the show is that no one is perfect – everyone has a flaw, no matter who they like. You tune in to see how they’ll self-destruct. But that gets tiring after seven seasons, when Lorelai, Rory, and Luke keep making the same relationship mistakes over and over.

Like on Seinfeld, all the supporting characters in the small town have larger than life quirks that make for interesting interludes, including Sookie, Kirk, Michel, Lane, Paris, Logan, Miss Patty, Mrs. Kim, Babette, Taylor, Gil, Doyle, Liz, TJ, Colin, and Finn. Christopher may be unassuming, but creates rifts between Lorelai and Luke and Rory.