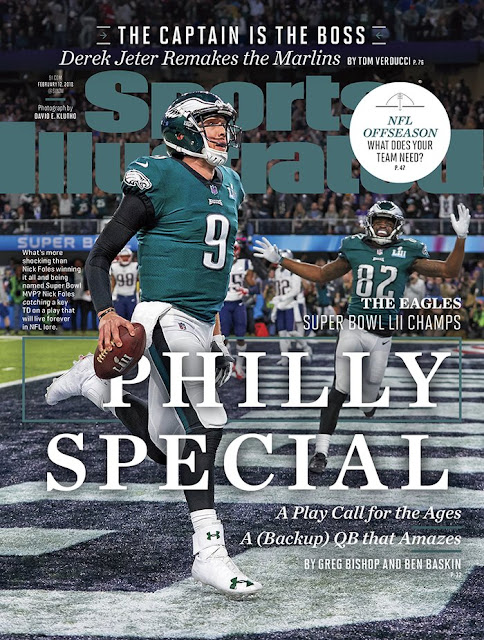 In all of NFL history (preseason, regular season, and postseason) every time a QB has thrown for 500 yards, three touchdowns, and no interceptions, the QB won the game. Until Sunday. People say Tom Brady is finished. If it hadn’t been for him the Eagles would’ve won going away.

When Brady fumbled I typed “ball game” and hit send on the email – then after the field goal Brady moved the team 40 yards, in position for a Hail Mary. A pretty entertaining game.

Says here the whole saga of the New England defensive back that Belichick benched will further divide the team, and the Pats won’t repeat as AFC champions next year. The DB brought it upon himself, violating team rules. The rest of the team suffered. Not Belichick’s fault. Waiting until right before the game to tell the DB was best for the team (not the rule-breaker) to make sure Philly couldn't have time to scheme and take full advantage. Plus the Pats are losing both their offensive coordinator and defensive coordinator to head coaching hires. If anyone can overcome its Belichick and Brady, but another Super Bowl? Nah.

On Monday Super Bowl MVP Nick Foles was already at Disney World riding in a parade float with Mickey Mouse. JOKE: he was going to be there anyway – it’s his offseason job. 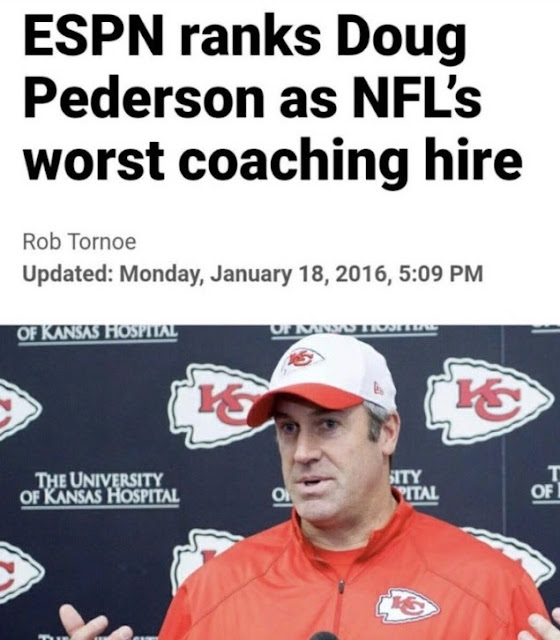 Heard a rumor that an ad honoring US war veterans was turned down – not sure by who…NBC? (probably). The NFL honored veterans both during the coin toss as well as during Saturday night’s NFL Honors awards show.

Now I hear there was a big outcry over Dodge using a MLK speech about service in their Ram pickup commercial. Perhaps that was in bad taste, though the service theme was admirable. Had it been a foreign company there might not have been so much of a fuss.

While he was the sitting governor of Minnesota, when playing golf Jessie Ventura would fish in water hazards for Pro V1s. Twenty years earlier Ventura had worked stage security at two Rolling Stones concerts. When told this Keith Richards perked up: “…and now you’re the guv’nor? Great country, mate!” 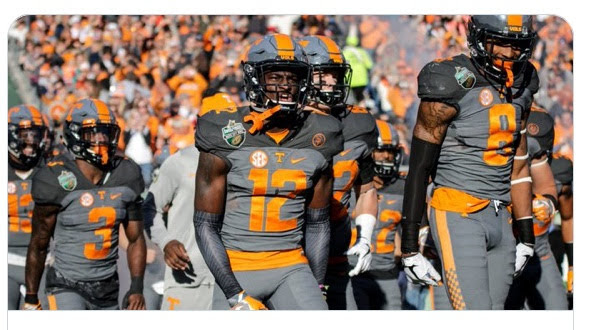 The new regime at the University of Tennessee is discontinuing the use of the alternate smokey grey uniform and returning to simpler, traditional orange and white uniforms with black shoes, like those worn during the Philip Fulmer era. Some say it’s because they hired a coach from Alabama, but Jeremy Pruitt has roots that go back further than that. Fulmer himself is just as much of a reason. People forget that the four teams in the playoff this year wore traditional unis, as did 7 of the 9 teams that made the playoff in the past four years. Actually I’m ok with the Vols wearing white shoes because they wore them back in the early 70’s.

Are you going to watch the Olympics? I hope they don’t make them all political, though the big advertisers there days like to promote the one world global theme as opposed to being proud of the USA. Coke’s Super Bowl ad had the whole global theme going on.

Thursday I wore all black to the hospital: shoes, sweatpants, t-shirt, shirt, and jacket. Wanted to wear tighter thicker athletic socks as opposed to thinner “dress” socks, but couldn’t find any to wear. Didn’t want to wear my nice new Hawks socks, so I wore white socks. You couldn’t see much of them because my pants legs were long. Yesterday I ordered three pair of nice black basketball crew socks of Amazon. Now I’ll have to make sure M doesn’t swipe them.

Atlanta ought to do like Philadelphia and have a tournament with all the local teams: GT, Georgia State, Morehouse, Emory, Kennesaw, Oglethorpe, etc. Include Mercer and other state schools if needed.

I worked past 6:30 Monday night. Was trying to finish a project. When I was ready to go home I realized there was something else I needed to do. Got home at 7:20. Ceil fixed shepherd’s pie in a skillet, and tossed a salad. Watched the Gilmore Girls and a little of the Super Bowl replay, including the ending. 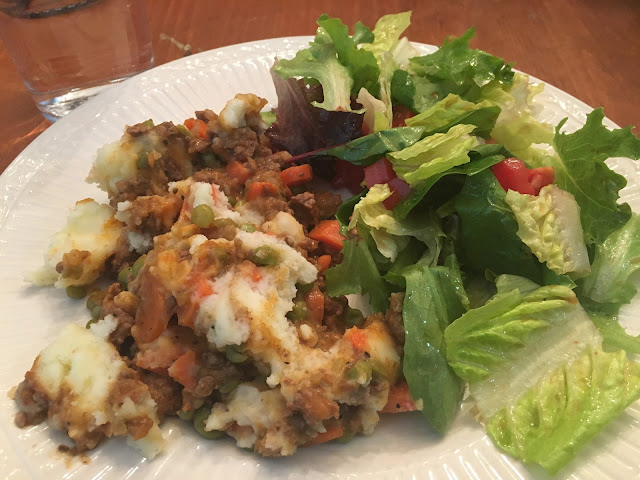 Three team members out today. Two are traveling and one isn’t feeling well, and will work from home. Two coworkers are retiring this month: a 40 year plant manager and 30 year inventory coordinator. Some may not realize it, but both will be missed.

This morning on the way to work I was driving along minding my business in the right lane when I noticed to car to my left was awfully close to me. I realized the car didn’t see me and was merging into my lane. My steering wheel was slightly behind the steering wheel of the merging car – I was pretty much in the car’s blind spot. Fortunately there was an entrance lane to my right with no one in it, so I swerved right to avoid a collision. The offending car kept on coming into my lane so I wound up behind them. No wave or sign of sorrow. Could’ve been much worse.

Wings: the place I went to was Wingstop. It was just ok, so you’d better stick to Wings 101. Wingstop had a few tables, but seemed to do more takeout business. Probably better to eat them hot. Wingstop had a decent sized menu with lots of wing flavors of varying heat levels. BBQ was spicy. Hawaiian was just ok. They season their French fries. I noticed they had chicken tenders, slaw, and potato salad as well.