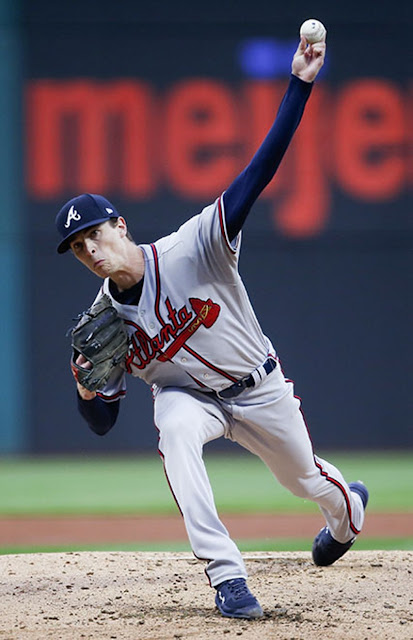 Those Braves pitchers. They’re raring back and trying to throw it through a brick wall, throwing far out of the strike zone on a three ball no strike count. They throw as hard as they can because they know they’re only going to pitch one inning.
At least they’re trying new pitchers. They’ve gotten rid of a bunch of guys who didn’t get the job done: Freeman, Venters, Viscaino, Brach, Brothers, McCarthy, McCreeny, Moylan, Phillips, Ramirez, Ravin, Sanchez, Sims, Whitley, Wilson, Winkler. So many guys have come and gone that its hard to keep up with them.
The umpires call so many borderline pitches balls because baseball wants more offense. So many batters are swinging and missing and striking out that the umpires have to help by not causing more strikeouts by calling borderline pitches strikes. So more baserunners via the walk, and more chances for the batters to hit.
The Braves aren’t the only team with a bad bullpen. Both the Mets and the National have worse. Bullpen ERA: Braves are under 5.00, Mets over 5.00, Nats over 7.00. Since few teams are making trades so early in the season, the Braves best bet for an immediate solution is to load up the bullpen with some of the rookie starting pitchers. Thing is so many of those young guys aren’t throwing strikes.
Have a good weekend? Do anything special? Not much happened on Friday night. One night we had a chicken, tomato, and rice dish.
Saturday morning I got my hair cut. Got it early to avoid the Easter rush. Came back and cleaned up: upstairs, laundry, dishes, etc. Cold. Wore three layers. Made quesadillas for lunch. M had got some gluten free brown rice tortillas shells he didn’t like, but they were good and crispy and tasted ok with the beans, rice, ground turkey, and BBQ sauce I put on them. Also drove Ceil up to Whole Foods. Three access points – all three were gridlocked. Not fun. M had to work both Saturday and Sunday. Watched game one of the Saturday doubleheader. Not too fun. 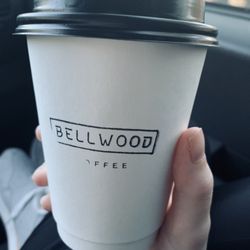 After game one I flipped it over to Atlanta Eats, that show you ought to watch about different Atlanta restaurants. Hosted by Steak Shapiro, the sports talk yapper. They spotlighted Jim Adams Farm to Table, located at the corner of Bolton Road and James Jackson Parkway, a mile or so west of Sara Gonzalez Park. Joel Norman’s Bellwood Coffee is located in the same building, The show interviewed Charles Norman. Becky Norman happened to be there the day they were filming, and they showed her drinking coffee and talking to a friend of ours, Kathy Arasmith. Kathy is the mother of Will’s former classmate and teammate, slugging catcher Andrew Arasmith, who is now a resident of Europe. Atlanta Eats: I guess the Atlanta Airport pays them to do a segment on restaurants at the airport. That part is always a waste, but the rest of the show can be interesting.
http://voyageatl.com/interview/meet-joel-norman-bellwood-coffee-upper-westside/
After that we turned off the TV for supper. Chicken soup with rice, and chicken salad. I had seen on my phone the Braves has fallen behind early, so I was in no mood to turn the game on again. Later Ceil went upstairs to read. I was playing on my laptop so I didn’t bother turning on the TV. Didn’t hear about the big comeback until Sunday morning. The game didn’t get over until almost midnight but Drew Kelly had stayed up for it.
Sunday morning we arrived at Will’s apartment at 9:35. Anna arrived from Athens at almost the same time. Traffic was light through downtown over to W&MC’s church in West End, Cornerstone Church. The service started at 10:30 and lasted almost to twelve. All the pews were filled. MC was one of eleven singers. Bible-based songs similar to the ones we sing at JFBC. The Cornerstone preacher was starting a series on the book of Matthew, his text from chapter one, the genealogy of Christ.
After church we ate at W&MC’s apartment. Ham, mashed potatoes, gravy, cauliflower mashed potatoes, creamed corn, green beans, cooked carrots, Ceil’s fresh baked rolls, lemon squares, and coffee. MC’s mother Regina joined us, as well as Will’s friend. Nick had been in Will’s dorm at UGA, then in Augusta at med school, then they happened to attend the same church in Atlanta.
Made it back in time for my small group at five. Anna stopped by the house to pick up some items before heading back to Athens. She’s going to be busy at school the next few weeks finishing up her final project, pulling all-nighters in the art school. Art school ceremony on the eighth, final project presentation and graduation party on the ninth, and UGA graduation on the tenth. On Sunday the 12th Anna and several roommates embark on a two week road trip out west, through Dallas, Austin, Arizona, and Vegas to Southern California and back.
After being gone all day I was emotionally exhausted. Ceil turned on a replay of New Amsterdam and Schooled. Later she went to bed and I watched the end of the Braves game. I think they play better when I’m not watching.
Was going to stop at Bojangles this morning for their two bacon egg & Cheese biscuit deal. Pulled my car in just after two other cars, then noticed the special had ended, so I pulled out. Those were the last things I needed.
This coming Friday night is Ronald Acuna bobblehead night but I think I’m going to a church function instead.