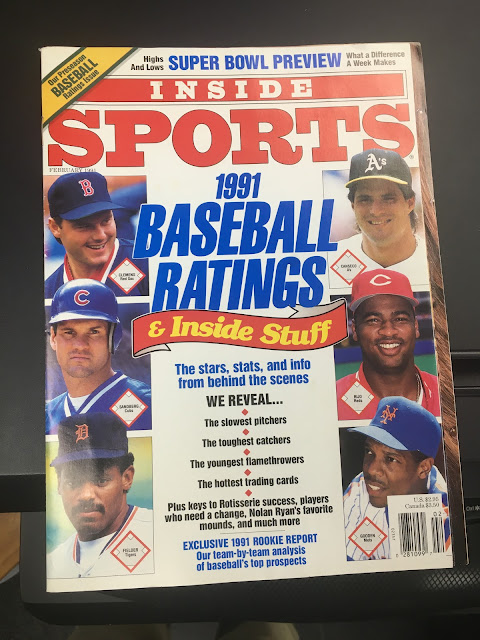 Found the Inside Sports 1991 baseball preview issue in my desk. What horrible journalism. Nothing in-depth. Not much "inside" and even less "sports." About the eventual NL Western Division pennant winning Braves they wrote “If CNN was as bad as the Braves, they’d still be reporting the 1988 election” and “The Atlanta Braves rebuild again, hoping to climb out of the NL West cellar before the 1996 Olympics come to town.” No wonder the magazine faded away in 1998.
I first got interested in uniforms as a young boy in the late 60’s, growing up attending Braves and Falcons games, I was quickly fascinated by the uniforms, stripes, logos, facemasks, shoes, and socks. A player wearing his stirrups higher than others, like Frank Robinson. Brooks Robinson’s truncated batting helmet bill. Otis Taylor’s twin single bar facemasks. Willie Lanier’s padded helmet. Football players with taped shoes, cut off sleeves, and socks pulled up just so - like Fred Biletnikoff and Jim Kiick. Pete Maravich in the Hawks’ blue/green uniform and floppy socks. I would pour over two books: The First 50 Years (football) and This Great Game (baseball), mainly looking at the uniforms. Then in 1972 the Braves introduced their “feather” uniforms. At home (and in class at school) I would draw player after player - wearing the feather, football helmets and players, and basketball players as well. I’ve been Uni Watching ever since.
Work: getting a lot done at work but some projects need to be done every week, and its time to do some of them again. Also coming up on month end as well.
Thursday: left work just after five. Stopped by Dollar Tree for eight items. When I go in a store I’m trying not to need a buggy or basket. One less thing to touch.
Ceil cooked a pasta dish for supper, and tossed a salad. M got home from work with his usual bag of groceries. Watched Chicago Med and Schooled. 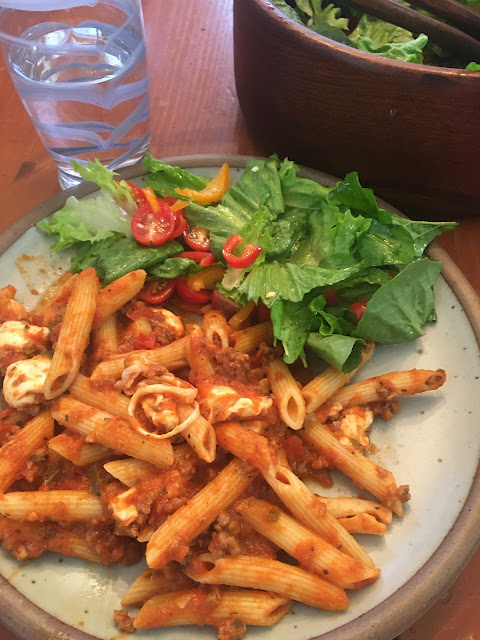 For the rest of March employees get 30% off at Whole Foods, so C is giving him lists of needed items.

One of the characters in a series on novels I read has the ability to remember – an eidetic memory – Vince Flynn’s Mitch Rapp, or Steve Berry’s Cotton Malone. Just learned author Steve Berry grew up in Atlanta. Born in 1956 and went to Catholic school (Marist?). Then Mercer law school. Practiced law and served as a representative (statewide?) until he broke out as an author.
Denison: In the “truth is stranger than fiction” category: the patron saint of resisting epidemics is named St. Corona. She was martyred as a teenager eighteen hundred years ago; her relics have been preserved in Germany since AD 997. Her shrine is being prepared for display once the pandemic has passed...
…a traveler told reporters that he was the only passenger on his Southwest flight from Dallas to Houston on Tuesday.
RALPH KINER  [SABR Bio] is the only slugger to lead his league in home runs for seven consecutive seasons. Led NL in HR 1946-52. In all but the first of those, he also led the majors. Led majors 1947-52. Only once in those years did his team finish above .500. Pittsburgh reached .500 only in 1948 during that stretch. He had signed with that team BECAUSE of their lack of talent. Kiner signed with the perennial second division-dwelling PIT right out of high school figuring he’d have a faster path to The Bigs with them rather than with the talent-rich NYY, who had also expressed interest in him. His choice proved to be a wise one as he spent just a little over two years in the Bucs’ minor-league system.
Thought for the day: just because says something, it doesn't mean you need to respond.

Email ThisBlogThis!Share to TwitterShare to FacebookShare to Pinterest
Labels: sports