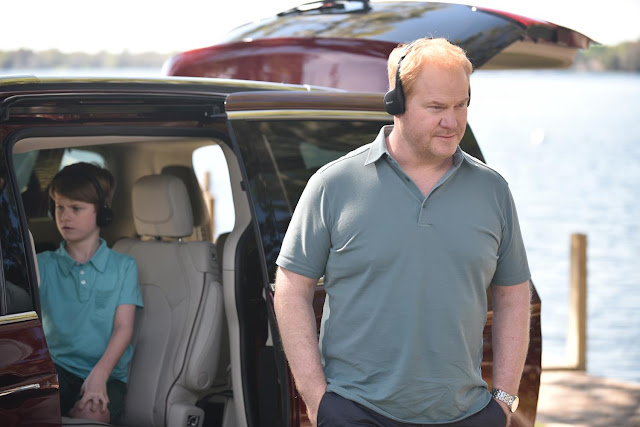 Sometimes people post on Facebook and lots of people respond. Then someone posts something that kills the discussion. Kinda like making an unpopular comment at a party and everything goes all quiet. I might’ve done that. Lesha asked whether they should get a minivan or SUV. What went unsaid (but the under 50 crowd believes) is that SUV = COOL and minivan = uncool. No one was coming out and saying it, everyone was tiptoeing around that elephant in the room.
So likened the whole thing to the old Jimmy Carter “I’ve sinned in my heart” idea. It’s uncool just to consider buying a minivan, to broach the subject out loud.
Usually several factors go into deciding on what kind of car to buy: price, MPG, and needs, for starters. For families with small children, those needs include space, accessibility and convenience. The cool SUV crowd will never admit it, but minivans trump SUV’s in all those areas. That’s the world we live in: many people would much rather appear “cool” and pay more and sacrifice MPG / space / accessibility / convenience. Minivans are also easier to park. That’s why older people sometimes drive minivans – they’ve gotten past caring about being cool,
Anyway, only one person commented after I made my post. I’d said I’d write a thousand words about the subject, but I think I’ll be several hundred short.
Friday: had a morning appointment in downtown Marietta, so I took off the whole day. Would've been a good day to work cause all the big wigs were off. Cleaned up all Friday afternoon, including the garage. Laundry, lots of stuff. House was cleaner than it has been in a long time. Matthew's friend Shep game over to practice music, then they drove up to Cumming to play a show.
Around 9 pm Ceil's brother's family arrived to spend the night on the way to the Clemson/Auburn game. 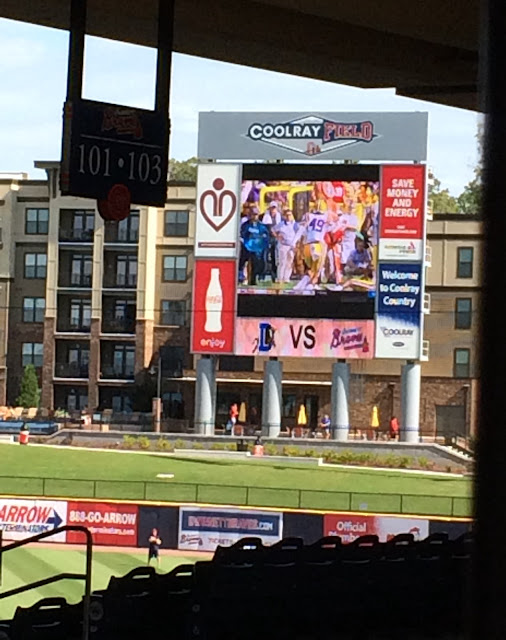 Saturday: Watched the Tech game and College GameDay. Rusty's gang left at noon. Drove out to Gwinnett. Watched LSU/Wisconsin on the Jumbotron. 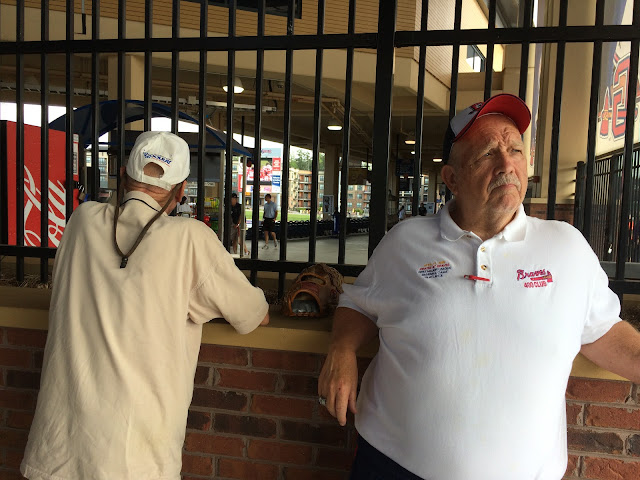 Hung out with Hugh and Johnny. Picked up a few Matt Wisler bobbles. Sold two and traded one. Didn't stay for the game. Came home to watch UGA and Clemson. Saw Louie Giglio at the end of the Auburn game, on the field to lead the prayer.

Talaat and Magy Tadros went to the Tech game. Danny and Connie Morris were down in Destin.  Talking about people doing things – while Ceil and I didn’t do anything, we did go out of town the previous weekend, and will be in Augusta September 24 for Will’s white coat ceremony. This weekend Will & MC hosted a football watching party Saturday. Anna went to northeast Georgia or a retreat.
Davis Love III was at the Dome for UGA/UNC, and was interviewed by WSB. He said Tiger was one of his assistant coaches for the Ryder Cup. Interesting. Love said he grew up a UGA fan until he went to UNC. He also said he rode his motorcycle cross country in a benefit, and became pals with Herschel Walker, whom Davis called a “great ambassador for sport.” MC’s parents also went to the game. Dr. Tom gave me an update on this year’s Kick for a Kia competition.
Sunday: In the unending where to go to church department, as I said that since PCC wasn’t holding services this week, we went to NP. Good sermon on Who Needs God in this time of ever increasing achievement and technology. Stanley hit on how the events that shaped Christianity (God, Christ, the Resurrection) first took place and THEN were written about in the Bible. So we can have Christianity without the Bible, but we can’t have the Bible without Christianity. Perhaps a chicken and egg type thing.
After the service we spoke to a family that C and M knew. One of the sons now attends Mt. Vernon Christian Academy in Sandy Springs, where he plays basketball. A year ago he had worn a nice pair of Nike sneakers (KD7’s) to the prom with his tux. M had said he bought and sold shoes on line, so I got to talk to him about what he did. Whenever Nike releases a sneaker in a special color, they only produce a limited quantity, so there’s usually a high demand. Like concert tickets, these sneakers are hard to buy. If you get through and actually get a pair, you can sell them for big bucks. Just read an article on the internet about a teenager who does the same thing, and all these celebrities come to him for their sneakers – rap stars and even basketball players who have shoes contracts with one company, who have to be sneaky about buying another sneaker brand.
Lunch at El Felix. Had lots left over. Lazy afternoon. Nap, Braves. Laundry. Washed dishes. MC's parents stopped by to drop something off for the newlyweds. Will spent Sunday night with us after basketball marvel DJ's wedding. MC stayed in Augusta for the church picnic.
Speaking of sneakers, Friday I saw I pair of True Linkswear shoes I wanted, but decided to wait until they were half price on Monday. I went back Monday morning, but they’d already been sold. No big loss.
Tuesday: Not much new. Worked past 6:30 to finish a project. Stopped by RaceTrac on the way home. Dinner was leftover chili, as well as black beans and rice. Wheel of Fortune and Jeopardy. 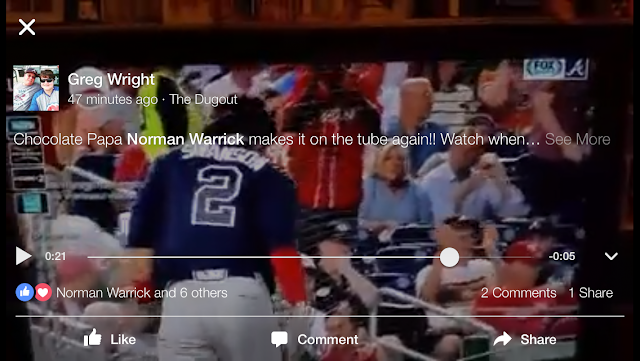 Watched Dansby’s inside the parker.  On one of the angles you can see one of my Turner Field friends in the background after he slides into home: the Chocolate Papa snapping pictures in his red jersey.
Stumbled across a website that posts justifications for the hall of fame candidacy for various players, including Herschel Walker and Chuck Howley. Expect to see a related post and link soon. Must be old guys. Who’d think to justify arguments with facts?
I’m entering a contest to win a trip to the NBA All Star Game. Second prize is a trip to the WNBA All Star Game. Third prize is lunch with Atlanta Dream head coach Michael Cooper, plus courtside seats. I’ll keep you in mind if I win.
The daughter of former SPdL Chapel Choir member Amy Green died from injuries in an accident over the weekend. She was a freshman in college.
Saw where Jim Denison had grown a beard.
Diana’s funeral must’ve been watched by more people than the moon landing, or even the royal weddings. There’s so much to her death than meets the eye, things we’ll never know. Was there a conspiracy? Did the royal family dislike Diana’s worldwide popularity or her relationship with Dodi? A Dodi/Diana marriage would’ve been akin to the Jackie Kennedy / Aristotle Onassis union.