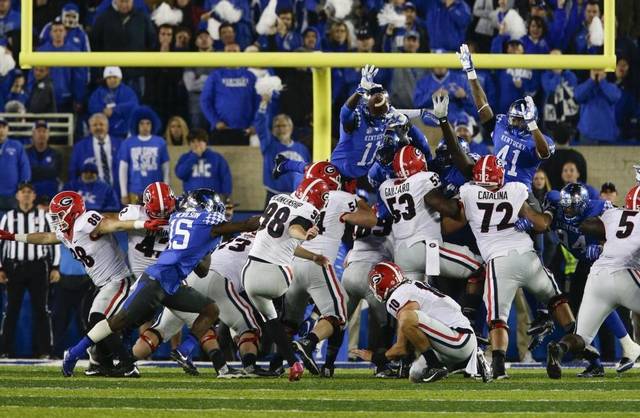 GA/KY: As you recall, I was an early adopter of bespeckled kicker Rodrigo Blankenship. Now 9 of 10 and eight straight field goals, including Saturday night’s game-winner.

Now social media is abuzz. A month ago it was hard for me to find photos of the Pride of East Cobb, the Sprayberry Clipper. Now he’s everywhere. Loved how he conducted the postgame interview with the cute young sideline reporter with his helmet and glasses on, chinstrap buckled. He looked ready to bolt off and make ANOTHER tackle. 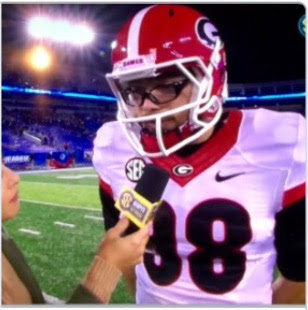 Rodrigo was all-county – as a punter. Played in the high school All-American game. His recruiting video shows him nailing field goals of 62, 63, 64, 65, 66, 67, and 68 yards. Great story Brent told of Blankenship’s lucky green kicking tee. A soft-spoken young man, granting deference to his teammates – even the kicker he replaced. 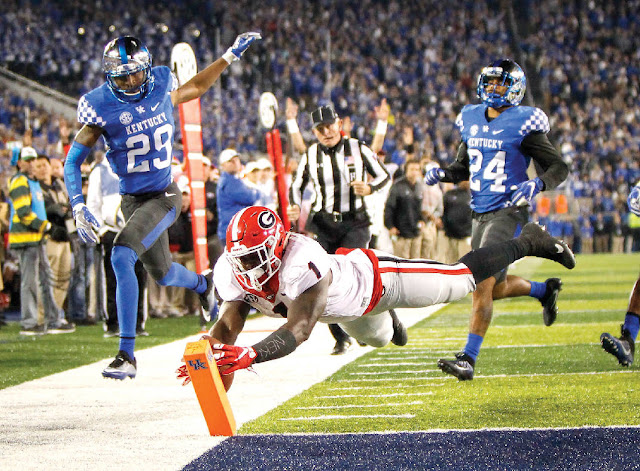 The game was close only because Georgia turned it over, and the officials were bad. McKenzie dropped the punt. Chubb fumbled twice. The shorthanded officiating crew missed a clear offsides call by Kentucky, but later called it against Georgia. Also a missed holding call. Looked like Kentucky fumbled on the goal line. Poor tackling by the Dawgs. Kirby went for it on fourth and inches when a field goal was needed. Take away the points off turnovers and Georgia should’ve been up 19-7 with five minutes remaining in the third quarter (and 22-7 with ten to go in the game). Nice touchdown dive by Sony (above).
Not impressed by Kentucky. All emotion. QB missed his targets. Looked like he had borrowed Jim McMahon’s headband. The Wildcats are far from ready from playing with the big boys. Should they win the East, the SEC Championship is a foregone conclusion. Tennessee could show up and beat them. 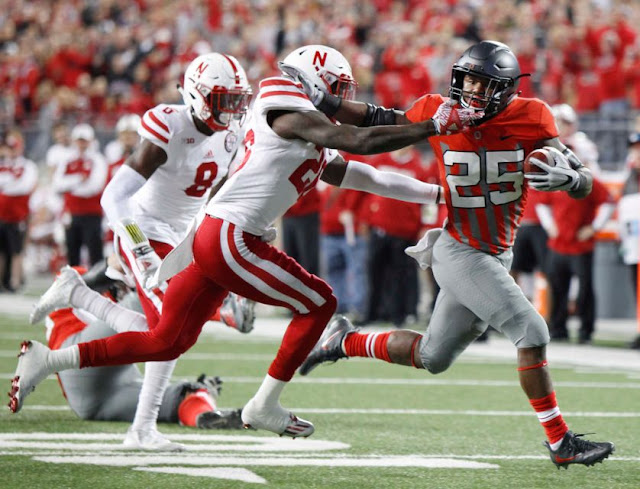 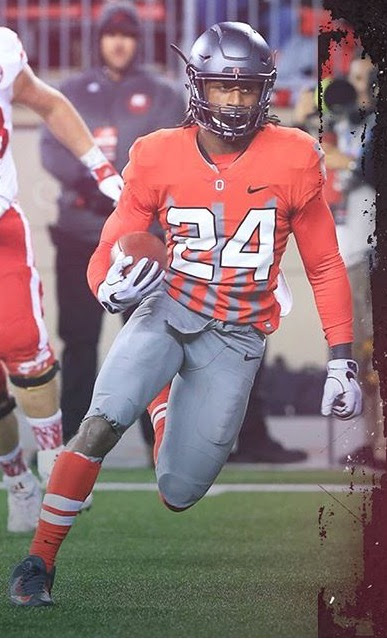 As improved as Georgia’s running game was, those slow-developing running plays were never going to work. By the time Eason retreated five yards and handed off, the defense had plenty of time to penetrate. Then in the second half OC Jim Chaney abandoned the successful run game and took to the air, even though Eason had been off target all night. Also dropped passes. Maybe Eason’s receivers in high school were seven footers.
The officiating crew was in over its head. For every call against Kentucky there were three against Georgia. Kentucky fumbled on the goal line and it wasn’t reversed, but Chubb’s second fumble was. Another three points missed by Georgia.
Social media was blowing up over Brent’s obsession with Alabama/LSU. Any fan wanting to watch the big boys knew where to turn. Even Jesse talked about it. And I like Brent. I also like Vern and Gary, Nessler and Blackledge, Pollock and Herbstreit.
Whoever Booger McFarland is, he is no studio host. Probably got the job because of his catchy name and background as a SEC player. Booger uses words that aren’t real. Jimbo Fisher may be endearing like his predecessor Bowdon, but endearing Booger ain’t. Not a fan of that SEC Network studio host either.
Bama/LSU: I didn’t watch. But can Auburn put up as good a fight? Still think Bama will run the table. 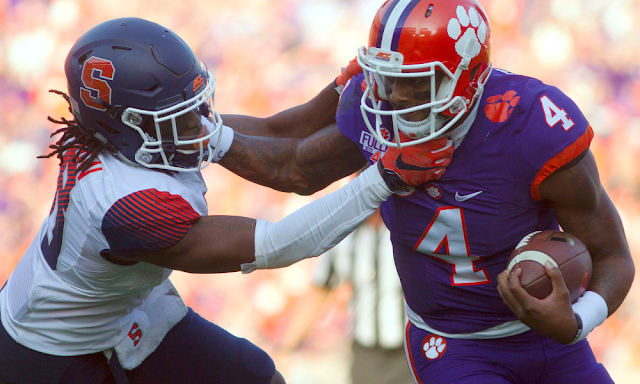 Considering the often all-orange clad Tigers were playing the Orangemen, there was scant orange to be found of the Memorial Stadium field Saturday. Question: when Clemson wears purple jerseys and pants, why don’t they wear purple helmets? Uni Watch had the same idea. It’s only money.
The Tigers won 54-0, and Dabo wasn’t trying to run up the score. Was Harbaugh? Michigan won by even more. When you’re number three you have to try harder. Note Jim Harbaugh's logo below. 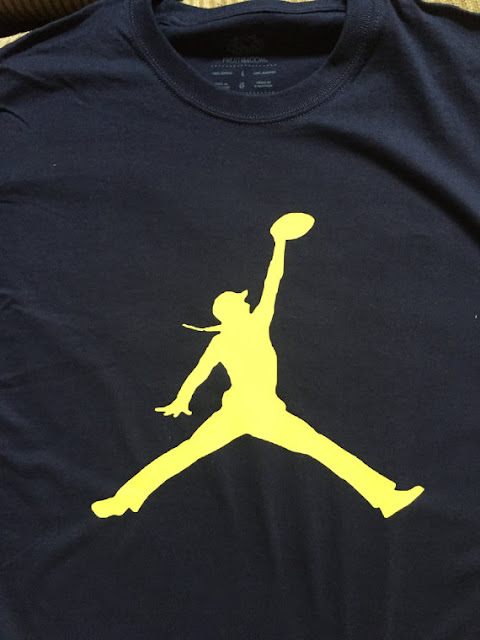 GT/NC: predictable outcome. Would like to see a replay to see how backup QB Matthew Jordan performed after Justin Thomas was knocked out of the game.
Louisville QB Lamar Thomas, the Heisman frontrunner, in closing in on the ACC single season record for most rushing touchdowns for a quarterback. Tech’s Tevin Washington holds the record (20). Josh Nesbitt is second.