Say it ain't So, Rodrigo 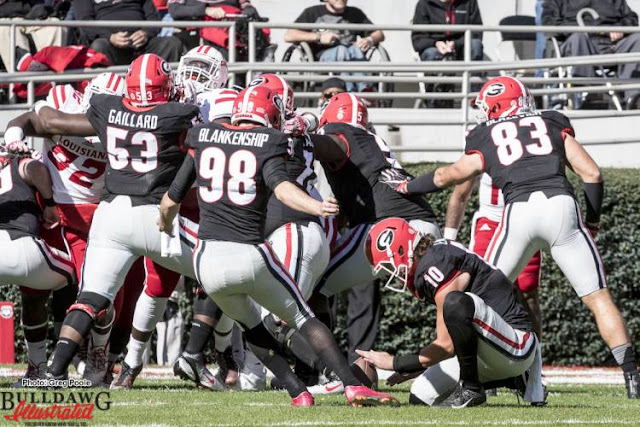 So Georgia wore their black jerseys. Perhaps the players and recruits are happy now. Now they're just like South Carolina. And Kentucky. And Vandy. Good call by Kirby to bring them out in a meaningless game. 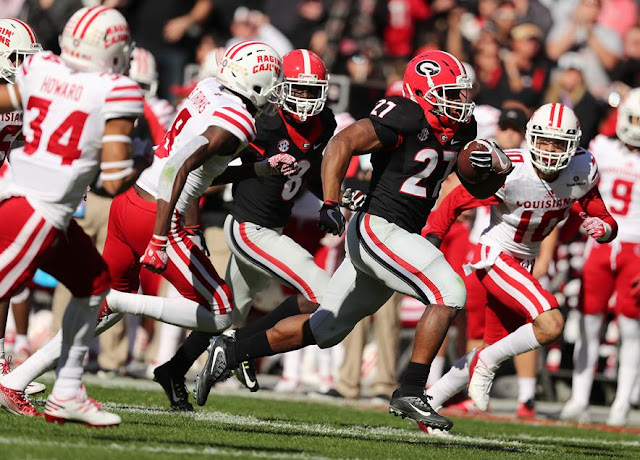 Who’s not happy? The ignorant fans who expect the first year coach who inherited a decimated team and freshman QB to pull a fairy godmother and turn a pumpkin into Cinderella’s coach. These losers weren’t happy with the 35-21 final score. Sure, Isaiah McKenzie’s two punt return TD’s were the difference in the game, but this season fans should be happy with any win. 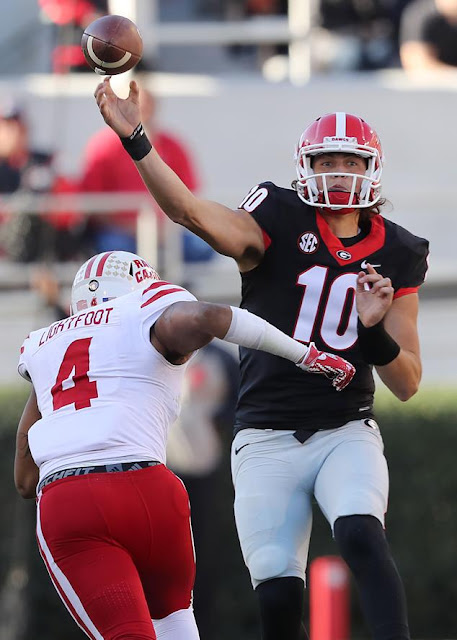 Had to look high and low for a picture of Rodrigo in black. The latest news: the kicking sensation’s dad is upset Kirby’s not bending over backwards to cowtow to Rodrigo. Instead of immediately rewarding him with a scholarship, the rookie head coach is keeping his options open in case a hotshot high school kicker can be signed. Hard to fault a dad facing financial hardship, but calling out Kirby in the media might not be the smartest move. There’s a change Blankenship could transfer. Say it ain’t so, Rodrigo.
http://www.saturdaydownsouth.com/georgia-football/report-georgia-k-rodrigo-blankenship-will-leave-team-not-put-scholarship/
http://theladysportswriter.com/georgia-football-just-kick-it-rodrigo/
http://www.12up.com/posts/4080654-report-georgia-s-heroic-kicker-will-leave-school-if-not-given-scholarship
https://blutarsky.wordpress.com/2016/11/08/hell-hath-no-fury-like-a-father-scorned/
http://www.wsbradio.com/news/sports/father-blankenship-wont-be-back-without-scholarshi/ns5wD/ 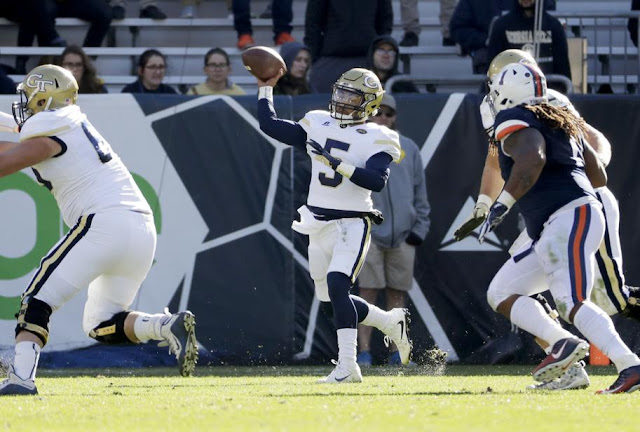 Georgia Tech scored all four touchdowns on big plays: two long touchdown runs, a deep pass, and a pick six. Otherwise Virginia dominated the game both offensively and defensively (and time of possession). If Tech plays like that next week they probably won’t be so lucky.
Interesting the Jackets wore white pants at home. They almost always wear white jerseys, but the gold britches are usually worn at home to appease the old school alumni fan base. Most probably the decision was made by the players for senior day. The inmates are running the asylum. At least Virginia looked swell in blue jerseys and grey facemasks. 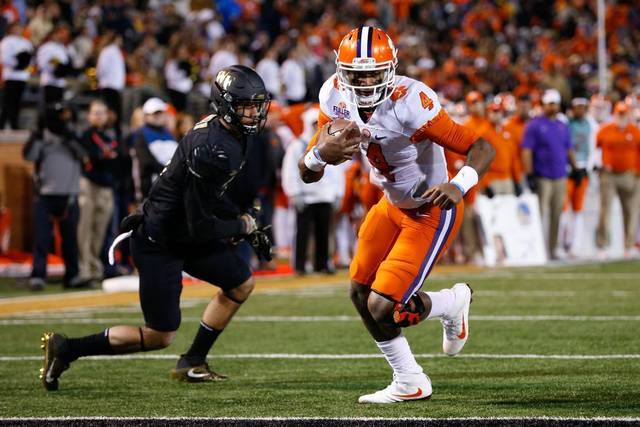 Speaking of Dabo and uniforms, Clemson ditched the all-white Alabama-like road look and brought out the orange pants against Wake Forest. Perhaps they wanted to come out of the game and play all out – which they did for a quarter. Rarely do they play with such fire against superior teams, not that they play them very often. Seems like after the first quarter the Tigers’ play returned to normal.
Clemson even sprang an onside kick. On such a play call players are extra fired up and run extra hard, forgetting the kicker has to slow his approach to kick the ball so gently. And like in last year’s playoff, Clemson was offsides. This time at least SIX players were offsides.
Having lost two straight games wearing all orange, it will be interesting to see what Clemson wears in their next two games: Saturday against arch rival South Carolina and December 3rd in the ACC Championship Game. With the Playoff Committee gunning for higher ratings with a championship matchup of Alabama and Michigan, look for Clemson to wear white jerseys as the lower ranked team in their December 31 playoff game, most probably against the Crimson Tide.
Bad decision for Michigan State to not tie the game in regulation and play for overtime, when anything can happen. At least we’re still set up for the winner of the Michigan Ohio State game to make the four team playoff. 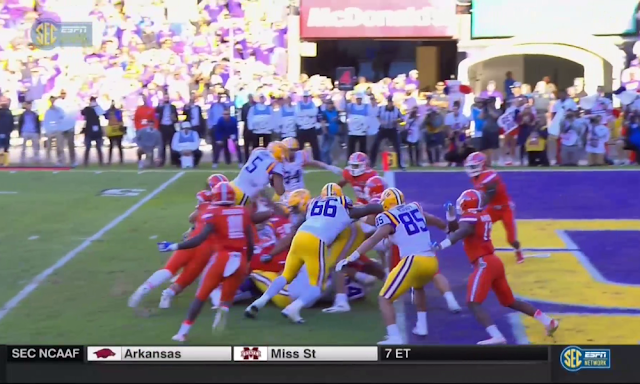 If the legend of Leonard Fournette hadn’t already died, Florida buried it on Saturday. Fournette scuffled with a Gator assistant before the game, then wasn’t available for the decisive fourth and one play with three seconds left in the game. SEC line judge Johnny Crawford made the correct call, a leap Herschel used to make in his sleep. Walker would jump over the entire line, land on his feet, and keep running. Like almost every running back in history, Fournette has fallen behind Walker’s record career pace. Look for a comparison after the season.
Dang it Don Head, here it is Monday night and I just realized I didn't post yesterday. And I had a great one ready to go: movies.

I'm slightly devastated. I'll let it slide due to the holiday week. Hope you guys have a good Thanksgiving!