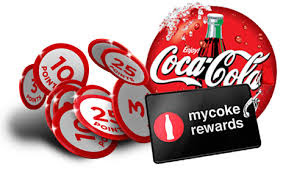 For several years Coca-Cola has had a rewards program. You key in the code from the cap or box. While I rarely buy Coke products, I collect the codes from work and other places. Over the years I’ve used them to get Nike apparel, magazine subscriptions, even a pair of sneakers. The points program was launched right when I had won a year’s supply of Coke. The past few years it would take longer to build up enough points to get something halfway substantial. Since only 75 points can be entered per week, and I only keyed in codes every six weeks or so, I’d always have a bagful of codes to enter. Kinda like a hobby, like stamp collecting. Coke recently announced the program would be discontinued, so I finally got all the codes entered. “Bought” two Amazon gift certificates and a magazine subscription.

Left home Tuesday morning without lunch. Means I’m falling behind in the leftover battle. Stopped by Chickfila for a free biscuit. I was all set to go out for lunch but there was a group having a lunch meeting, so I waited to see if there would be leftovers. In the meantime I grabbed a cup of Cheerios from my car. Then Rodney brought over a Chickfila chicken biscuit. Then Sherryl had extra baked beans from Fresh Market. Extra tasty. Then the meeting leftovers came out, so I ate half a turkey wrap. Good thing I hadn’t eaten the cereal.

Found a recent UGA basketball bobblehead last night at a thrift store. C was working on report cards. Spaghetti, Jeopardy, The Middle, and GT/Ole Miss. Sounds like next Tuesday GT will play the winner of two smaller schools, Bakersfield and someone else. GT is good at defending teams that rely on three-pointers, like Indiana and Belmont did.

Around 8:30 I walked outside to make a call on my cell phone. Glenn Burns had been breaking in to discuss the storm, which he said was approaching West Cobb. I could see lightning off in the distance. All of a sudden the tops of the tall pine trees across the street starting whipping around furiously. Had to run for cover. M was on his way home so I tracked him in.
MC works with the teenagers at Augusta Frist Presbyterian, and has been having the girls over to their townhouse on Tuesday nights for coffee and tea.
Had a headache Wednesday morning.
Wednesday lunch = Pappasitos leftovers.
Thursday lunch = homemade pizza or other leftovers.
Friday lunch = lunch meeting catered by Ippilitos Italian

When C is out of town I’m usually eating up leftovers and other food we have in the fridge and cupboard. I’d cook eggs and bacon and chicken and chili and quesadillas and burritos and salad, just off the top of my head. Maybe black beans. Guess I’d get good at hamburgers as well. Wouldn’t get too fancy. Ceil’s been buying freshly made pizza dough. I could make pizzas out of that. I’ve cooked pancakes and waffles in the past. Never was a big smoothie person but those would be healthy. I don’t like bananas but would add strawberries and vanilla or chocolate protein powder. But saying is easier than doing.
I like boneless wings – oriental or bbq. Regular wings are so much trouble to eat. M brought home a bottle Korean BBQ sauce. A tiny taste is ok, but when I put it on my turkey sandwich it wasn’t so good.
Speaking of Whole Foods, I asked M what happens to all the food on the buffet when they close. At his merchants Walk store someone from Johnson Ferry Baptist Church picks it up and takes it to feed the homeless.