Who Killed JFK. And RFK. 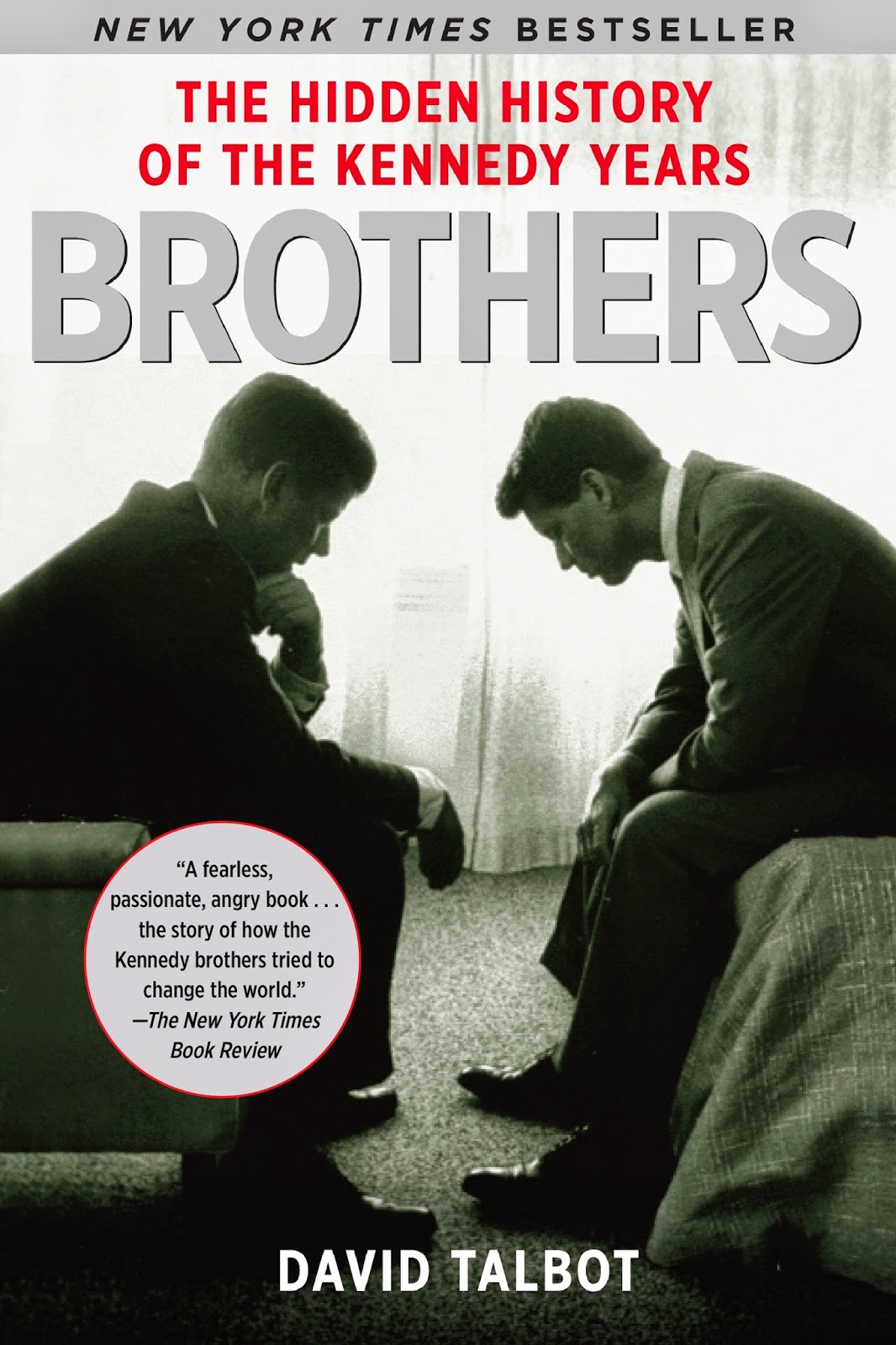 Brothers: The Hidden History of the Kennedy Years, by David Talbot. The CIA did it. Or the Mafia. Or both. So theorizes this great book that concentrates on RFK’s experiences during and after his brother’s presidency. Lots of new information to me. While not expressly about the assassination, Brothers goes into considerable detail and references and recommends other books on the topic.

When the brothers failed to support the military industrial complex’s Bay of Pigs invasion and instead made headway toward peace with Cuba and signing a nuclear proliferation treaty with Russia, the CIA turned their contacts with the Mafia and the anti-Castro movement (including Oswald and Ruby) away from Cuba and toward JFK. On November 22 both Castro and Khrushchev expressed their deep regret that the peace they had worked toward was now for naught.

The books also details shockingly similar near assassination attempts in Chicago and Tampa in the weeks leading up to Dallas. Both parade routes featured hairpin turns like Dallas where the presidential limousine would have to slow down to a near stop.

After JFK’s assassination RFK knew any investigation of his own could endanger his own life, though he knew much more than he let on. His adversaries at the FBI, CIA, and Johnson administration worked against him and helped the Warren Commission close the book on the event that rocked the nation. JFK adversary Alan Dulles took charge of the Warren Commission and forcefully led other members toward the lone assassin/single bullet theory – despite mounting evidence to the contrary.

Any potential testimony that differed from the lone assassin was discouraged and not admitted. Two of JFK’s closest Secret Service agents (Powers and O’Donnell) rode in the car behind JFK and clearly saw and heard gunfire from behind the fence on the grassy knoll. When they told this to the FBI they were encouraged to change their story for the good of the country. O’Donnell changed his story and his testimony was admitted by the Warren Commission. Years later he was berated by Tip O’Neil. In contrast Powers would not change his story, and his testimony was ignored by the Commission.

Talbot points out the major flaws with the Warren Report but did not go into detail. Many say the simplest explanation is usually the most accurate, but too many leaps of faith are needed to accept the lone assassin / single bullet / throat exit wound explanation. The much easier explanation is multiple shooters (which means a conspiracy) and lines up with the throat entrance would found by the experienced doctors at Parkland Hospital.

The book also details the botched autopsy at Walter Reed Hospital, where generals (untrained in forensics) ordered around the much lower-ranked doctors (who had never before performed an autopsy). After the report was issued most Washington officials (and media) toed the company line, accepting the Commission’s findings so they wouldn’t be blackballed. Only years later did those with serious doubts finally came clean – including some Warren Commission members.

RFK knew he would be unable to properly investigate his brother’s death until he had the power of the office of the president. Others knew this as well, and they knew that Bobby would continue to pursue the peaceful objectives his brother had started. The book makes the case that the same powers that killed JFK also took Bobby’s life in 1968.

Double Play, by Robert B Parker. Interesting fictional account of Jackie Robinson’s first season from the point of view of the tough guy bodyguard.

Love Life, by Rob Lowe. Follow-up to his successful autobiography. Additional stories from his life, family, and Hollywood. Lowe is a talented and entertaining writer who sometimes makes far-fetched analogies.

Gray Mountain, by John Grisham. Set in Appalachia after the Great Recession.