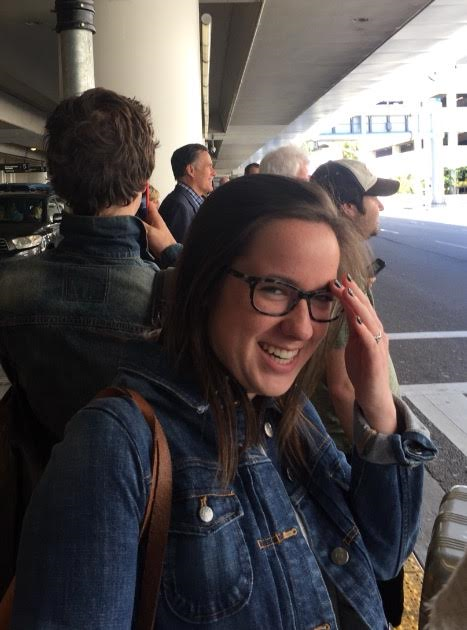 Drove Anna and Emily to the airport this morning for their spring break trip to LA/Pepperdine/Santa Monica/San Diego. They were pumped. Anna is wearing those high tops every day. Actress Becca Tobin (and her dog) was on their flight. Wheeler grad Tobin starred in Glee. They saw Mitt Romney (above, behind Anna) at LAX. 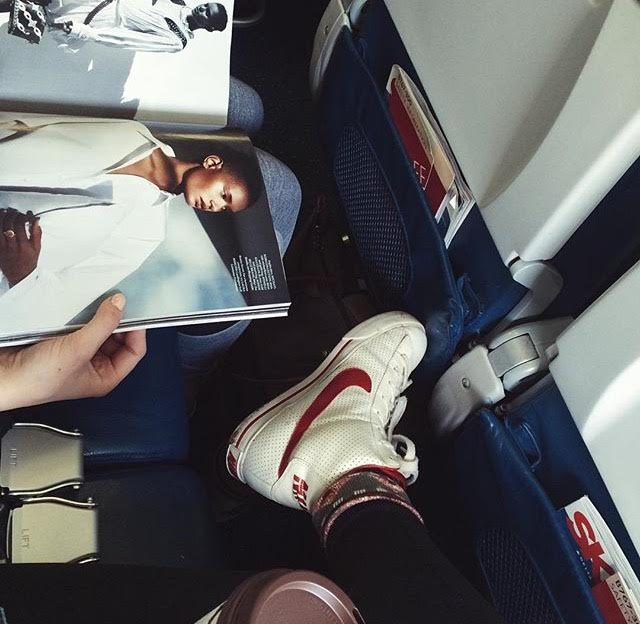 Evidently Anna has taken after me, including her sneakers in the photos she takes.

Took me an hour and a half to get to work. We made great time through downtown to the airport but the northbound side was jammed, so I took Camp Creek to 285 around the west side. Bad idea.
Will did his own taxes (using TaxAct) and completed his own FAFSA form. The federal student aid application, which must be filled out for all college students. They're not too bad if you remember your password info. Supposedly there are tricks to the FAFSA and the college scholarship game and it doesn't matter how much money you make.
Speaking of scholarships, MC's brother earned some sort of scholarship to TCU, one of his top choices. He still hasn't decided where he's going.
ROB ON THE BRAVES' ROSTER: I think Aaron Blair has a chance to make the team as the 4th starter.  Teheran, Kendrick, Wisler, Blair & Banuelos.
After Vizcaino, Grilli and Johnson, the bullpen is pretty much pulling names out of a hat.
Flowers and Pierzinski are locks at catcher, but because they are vets, neither one has played much in spring training yet.
It looks like Freddie's wrist is better than we had feared.  I think the top 5 in the lineup are pretty set:  Inciarte - 8, Aybar - 6, Freeman - 1B, Markakis - 9 and Oliver - 7.
Some combination of Kelly Johnson, Peterson, Garcia, Beckham, Bonafacio and Castro will play 2B and 3B every night.  Four or five of these six will make the team.  That leaves one or two spots for Frenchy, Bourn and Swisher.  I don't think Bourn or Swishers salaries will be a factor with it being the last year of their hefty contracts.
ME: last year I wasn't overly impressed by Mallex Smith out in Gwinnett. But I've been wrong before.