Interesting Thursday evening. Three cars left work just after four. Took us almost an hour to get to the Varsity. Still plenty of time for a leisurely meal. I got a chili dog, fries, and a chocolate shake. 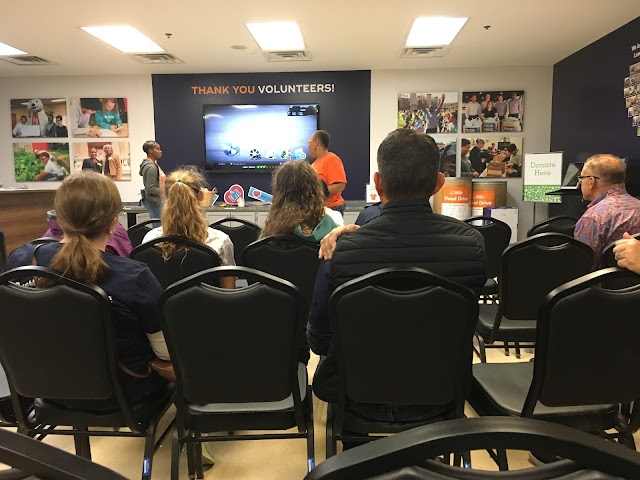 Drove through the Tech campus, past Coke and Grace Midtown to the Atlanta Community Food Bank. Made it ten minutes early. After a short orientation/pep talk we went out in the warehouse. A total of 25 or so volunteers. 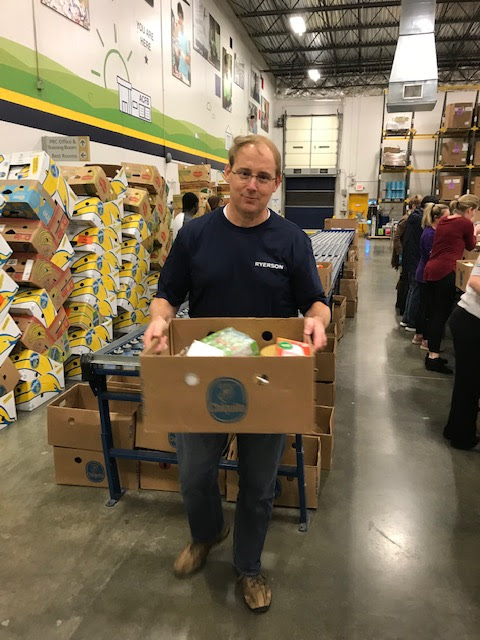 Glenn carried boxes off the assembly line to Dan and Rachel,
who weighed and labeled the boxes. 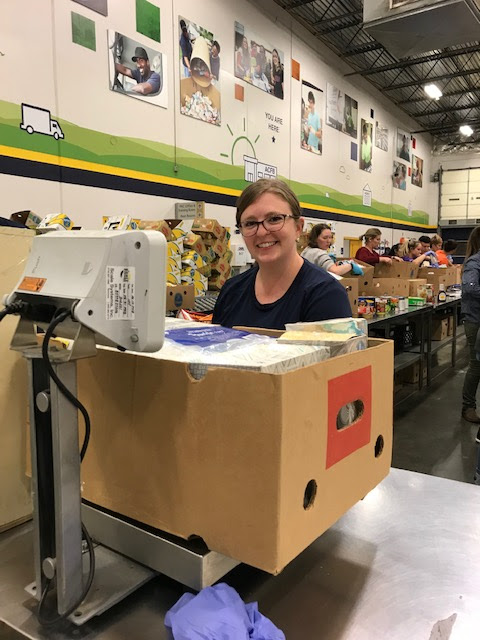 Then I took the boxes and stacked them
on one of ten pallets with other like items. 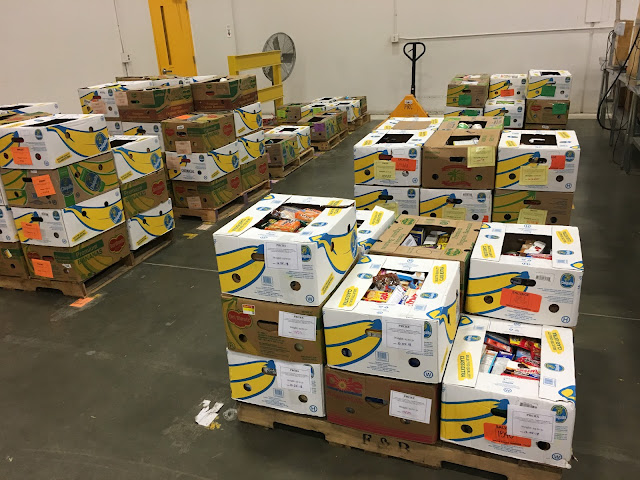 Some boxes were white and some brown, so I tried to stagger the colors. I worried the boxes would start coming faster and faster like the conveyor belt on the Lucy show, but it wasn’t bad. In all we packed up 4495 pounds, which translated into 3250 meals. 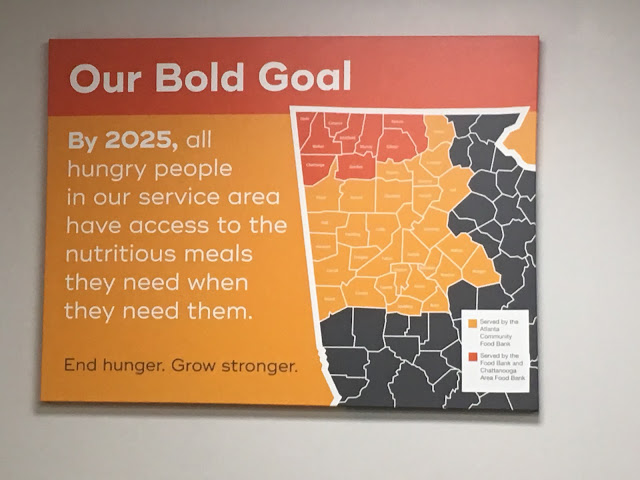 Our human resources guy Dan is a character. Fun to be around. Also my team member young Rachel, computer guy Glenn, and Larry and his wife (top). I’ve known Glenn for 20 years, and run the Peachtree with him. Like me, he’s a Tech grad with a daughter at UGA. 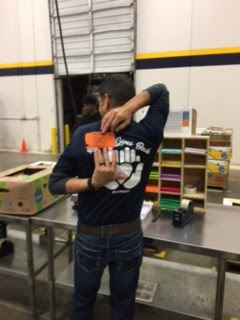 I said I volunteered for this assignment just so I could hang around Dan (above and below, middle). And for the free t-shirt. We may start volunteering there every quarter. 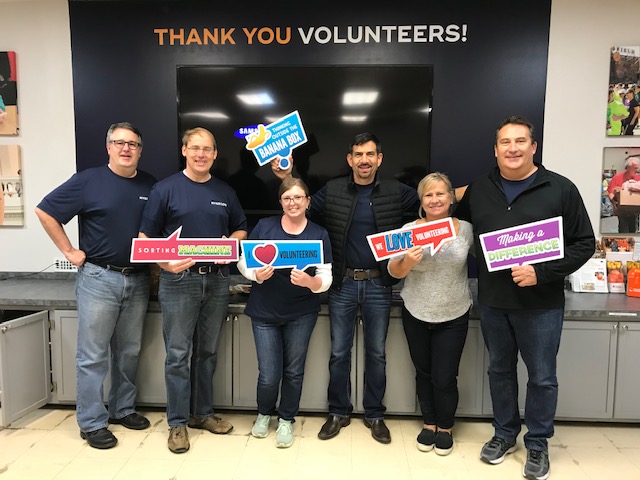 When I left I checked on Anna’s whereabouts. Earlier I had noticed that she was on the way to Atlanta. Turned out she was less than a half mile away, at a concert near Westside Provisions. Stopped by Goodwill on Northside Drive. Found a cool pair of Astrodome shorts, but they weren’t my size. 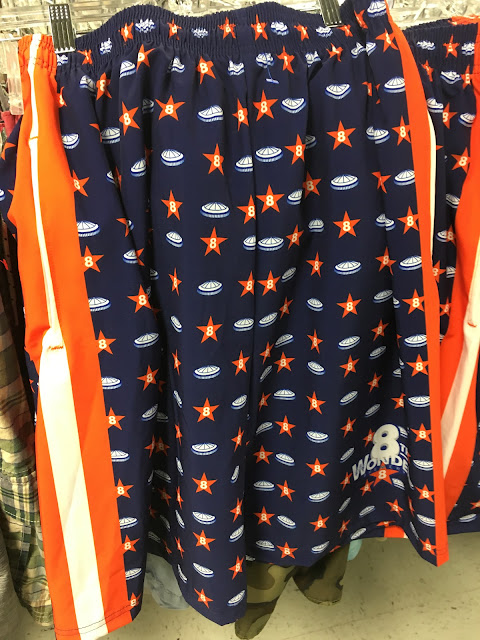 When I signed up for food bank duty I had forgot that Tech was playing at the same time. Made it home for the second half of the game. After Tech won I watched a little of the Texans/Dolphins.

Wednesday: Ceil had her small group last night so I stopped on the way home for dinner. Worked late as well and didn’t get home until eight. Watched Chicago Med, then the World Series. Game Two was like Game One. Dodgers manager pulled the starter with the bases loaded, then the reliever came in and let them score. Madsden walked in a run, then gave up a hit. Same thing happened last year. I am enjoying listening to Smoltz.
I like to mix my Mexican stuff together as well, and eat it with chips nacho style.
In Sunday School each week they ask for people to share any stories of gospel conversations they had with people out in the world. Several guys take taxis or Ubers to and from airports as they travel, and often they tell of the conversations they have with the drivers. One time Joe's driver was a voodoo expert.