News of the Week 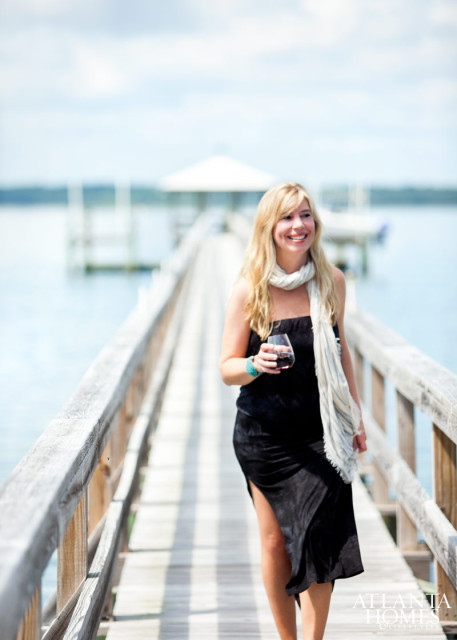 Guess I was the last to know: Lydia Abernathy founded a cosmetics company and married into the Mandavi family, the winemaking family. Lydia has a line of products that are sold by Williams Sonoma. They have homes in Napa and Beaufort South Carolina. Joel Norman and sister Catherine are out in Colorado hiking and camping. Snow and elk.
Last weekend: worked until six last Friday afternoon. Got a new stand up desk, bigger than my previous one. Was setting it up after 5 pm. Gonna take time to get used to. Stopped by the bank on the way home. By the time I got home and turned on the game Tech was already winning 14-0. Ceil went grocery shopping so I sat down and watched the rest of the game. Tech was moving the ball, gaining ten, fifteen yards at a pop, so it was entertaining. Watched the whole thing until the Braves came on, then switched back and forth. Watched a good chunk of the Braves while playing on my laptop. Didn’t stay up until the end.
Had our first men’s small group meeting Saturday morning at eight. Afterwards I was driving away and realized my Civic needed an oil change, and that went quick. Helped clean up around the house, then went out to trade bobbleheads with a guy in Marietta. Stopped by the library and Tao Bell on the way home. Ceil was running errands at the same time. Watched Clemson/Wake and GA/Vandy.
Sunday School, then back home to get ready for M’s birthday meal. He was working until three. Ceil was cooking, vacuuming, and doing other stuff. I did dishes, blew off the driveway, deck, and front yard, took out trash, and cleaned up other stuff. Ran to the grocery. Anna and W&MC arrived, much to Okie’s delight. W grilled chicken outside. Anna made the guacamole and painted the sign. MC pitched in. The Mexican fixing included homemade corn tortilias, flour tortilias, ground beed, salsa, homemade refried beans, Mexican rice, lettuce, sour cream, blue chips, white chips, and more. Dessert was blueberry cobbler and vanilla ice cream. We ate at four, and didn’t need supper after that.
I missed the Falcon game, which wasn’t missing much. MC and Okie left to take Will to the Braves game. C and A made a Target run. I took a nap. M stayed up and watched most of the Braves game with me. Ceil went to bed after Freddie’s home run. Third Braves game this year I watched from start to finish. The other two I was at, the first with Ceil, Anna, and Matthew in late July, and the one with Will on September 14. Also one Gwinnett game in May. Was going to wear my Braves socks to work Monday, but forgot. Brought my new Braves cap just in case someone wanted to drag me to the game. I probably won’t leave work any earlier than usual.
Monday night I worked until just after six. Didn’t have a good feeling about the game so I didn’t leave earlier than usual. Then I had to stop for gas, and later Ceil had me double back to get eggs at Kroger. Made it home after seven but there was plenty of game still remaining. Changed the channel just after Freddie swung and missed to end the game. Ceil cooked stir fry with rice noodles. M ate with us and hung around, then took a trip to Whole Foods. Sunday night he had watched most of the game with me. After Monday’s game we watched The Voice and Manifest.
Tuesday: same old for me. Worked past 6:30. Straight home. Spaghetti (rice noodles and tomato sauce) and tossed salad. Good thing I’m taking protein supplements. Helped with the dishes. The Voice and This is Us. Ceil was watching the hospital show at 10 pm but I went to bed.
Ceil had her small group Wednesday night so I worked until 6:30. Hit the rain coming home. Stopped by the auto parts store. Had leftover BBQ and spaghetti. M went to a concert with a friend. C got home during Chicago Med. I went to bed shortly after ten, after taking Barney out in the pouring rain.
Heard the storm surge was seven to nine feet or more. Coworker who just got back from the cruise has a daughter living in Panama City. She went inland twenty miles to a friend’s parents’ house. The roof had blown off my coworker’s daughter’s apartment, but supposedly not in her bedroom. But the place flooded, so not sure how much is salvageable. The storm passed just south of Macon, then right through downtown Thomson, where our painter is located. Headed straight toward Jefferson and Lancaster, where my mother-in-law was moved earlier this week. Then the storm will pass north of the the Albermarle Sound, where our retired friends live. They were hit hard by the storm a few weeks ago.
Thursday: worked until six. With Barney waiting on me I drove straight home, and walked him around outside longer than usual. Hung around outside a bit longer. Ate leftover Chipotle. Watched some Seinfeld, then Murphy Brown, then upstairs to bed.
Murphy Brown addressed the me too movement. Sure it was compelling and dealt with the issue of sexual harassment, but in doing so the only entertaining parts were the minor subplots. Nice that three of the original four other main characters are back. Faith Ford / Corky Sherwood has barely aged. 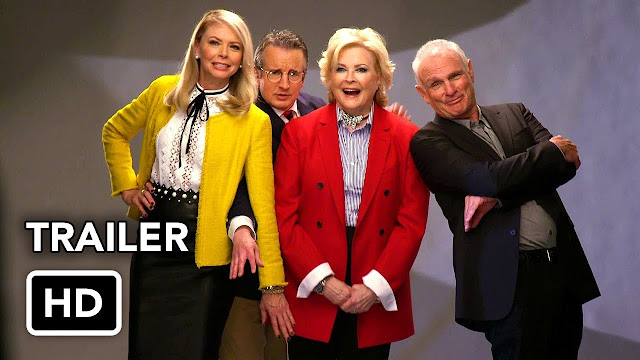 This morning I was getting dressed. I usually don’t wear jeans but decided to make an exception. Walked out of the closet and laid down the jeans to put on my shirt. Then I grabbed a pair of khakis and put them on. Got to work and saw someone in jeans, and realized what I had done.
Anything on tap for the weekend? Tonight I’ll make final preparations for Saturday morning small group (though it looks like the time might be changed). Tech and their navy pants play at 12:20, and UGA/LSU kicks off at 3:30. Hopefully I’ll get some housework done during the games. I’m liking the cool weather. I think I saw that Martian movie, starring Matt Damon. I want to watch the sequel to Independence Day, perhaps this weekend.
Yesterday we received my niece’s wedding invitation. They’re getting married Monday December 17 at 9 am on the beach on St John in the Virgin Islands. It’s where they got engaged while on a vacation with her fiancé Kyle’s family. Should be beautiful. Only way to the island is by ferry, then you rent a jeep to get around.  Interestingly, Kyle has the same last name as Mary-Clayton’s mother’s maiden name. Pretty sure Kyle’s family migrated from the north, while Regina’s family has lived in the South longer.
Anna is applying for two new jobs. She’s already working two jobs. She also earned a $90,000.00 college scholarship. She’s on dean's list roll at UGA and made straight A's last semester. She cooks her own meals. Doubt anyone will be giving her a tricked out Honda Odyssey minivan for graduation, so I guess a Subaru Forester will have to do. Matthew works and is paying for his car repair. He buys his own food and cooks his own healthy meals.