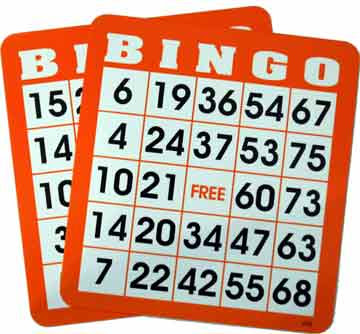 In 2009 I referred to an especially long school parents meeting as “The Psalmist Faced the Parents Meeting.” A friend asked what I meant by this. I promised to tell her one day, but as many of you know, it’s impossible for me to tell a short story.

This is the true story of the famous Bingo Bob skit, performed in the early 80’s by the counselors at …the beloved annual trek to rustic by the youth group of our Second-Ponce de Leon Baptist Church. is located in lovely , across the mountain from the Anniston Army Depot.

Bob Marsh arrived in 1978 to pastor Second-Ponce, replacing the beloved Russell Dilday. We seemed to still be getting to know Bob and his lovely wife , becoming more acclimated with his unique way of delivering God’s word from the pulpit. As preachers go Bob was far from cliché: his messages were grounded in God’s truth, rich in allegory and metaphor. Early on some of us city folk may have thunk Marsh spoke too often of his time in Dothan Alabama, or of his son’s close friend, Alabama quarterback Steadman Shealy.

One memorable sermon used the Marsh’s neighborhood dogs’ personalities as examples. One dog was named Buckhead. It was because of that sermon that we later dubbed our golden retriever “Speedle”…since that’s how Second-Ponce de Leon’s anagram (SPdL) is pronounced.

In the years to follow the Marshes would become treasured friends to many us, sharing happy times, dedicating and baptizing and marrying off our children as well as sharing our deepest sorrows, speaking at the funerals of our closest friends. Now they are even our Facebook friends. Early on Bob even served as the preacher at , to better acquaint with his flock.

That year Bob had delivered a long sermon series on Psalms. Each sermon was entitled “The Psalmist Faced…” along with whatever the Psalmist faced that week. We learned so much about God and the book of Psalms. Just when you thought he had run out of topics for the Psalmist to face, he would come up with another one. I’ll always remember “The Psalmist Faced…a Scowl.” The Psalmist often comes back in me, when I'm facing a particularly trying or epic event. Like the parents meeting.

But there’s more to the story.

Each night at there was a special time of fun, after supper and before worship. Results of the afternoon’s athletic events were announced, along with the new team rankings (why was this SO important, anyway?). The “” was responsible for the fun time, re-telling humorous camp events, holding embarrassing contests, and conducting hilarious skits, usually with the help of many other campers. In later years a topical, funny Top Ten List was written and read each night by a quite handsome and witty young counselor.

What made this time unique and so special was that the asylum was run by the inmates, or in this case, the campers. The counselors could sit back and enjoy. Often they were called up on stage to participate in the fun, often at their own expense. And each night a different age group would put on a rehearsed skit. The younger grade’s skits were often simple and cute, while an older skit would be more involved. Late in the week, without introduction, the counselors put on a skit.

Chairs were arranged on stage in short rows. Counselors randomly filed in and sat down, as if arriving for a church service. As they entered, an “usher” handed them what looked to be a church bulletin. Minister of Music John Condra led the worshipping counselors in a short hymn.

Was it David Downing who got up to preach, impersonating Dr. Marsh? Downing’s “sermon” was peppered with Marsh’s mannerisms and catch-phrases. The “worshippers” seemed to be taking notes, mainly whenever a Marsh metaphor was mentioned.

After just a few minutes of this nonsense, one worshipper stood up and loudly shouted “BINGO BOB!” An attentive usher immediately escorted him away. As Downing/Marsh continued to preach, other worshippers repeated this scene, shouting “BINGO BOB!” one after the other. Several scored bingo. As Downing proclaimed “Let’s stand as we pray. Let’s pray as we sing. Let’s come as we sing. Let’s come as we stand. Let’s pray as we come…” the remaining worshipers stood, then sat, in confusion.

Finally the only three people left on stage were Downing, a counselor portraying , and regular worshipper Fred O. Downing concluded “Let’s come, and come now.” Fred O leapt to his feet and exclaimed “BINGO BOB!” and rushed off, as the crowd roared. “” looked around and exclaimed in her deep Southern drawl “Bob! Where have all the people gone?”

If ”Bob” had a reply, it was drowned out all the laughter.

folk, this is only what I remember from this five minute skit that happened thirty years ago. Please correct any inaccuracies and add details that I’ve left out!