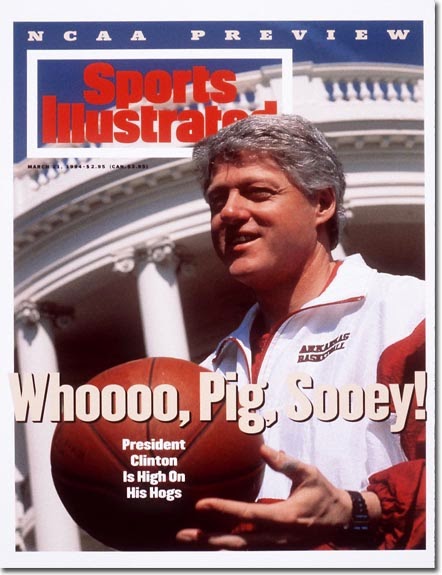 Some pictures from my recent visit to the Clinton Presidential Center in Little Rock. The above issue of Sports Illustrated is one of many artifacts on display in the three story library, built on the banks of the Arkansas River just east of downtown. 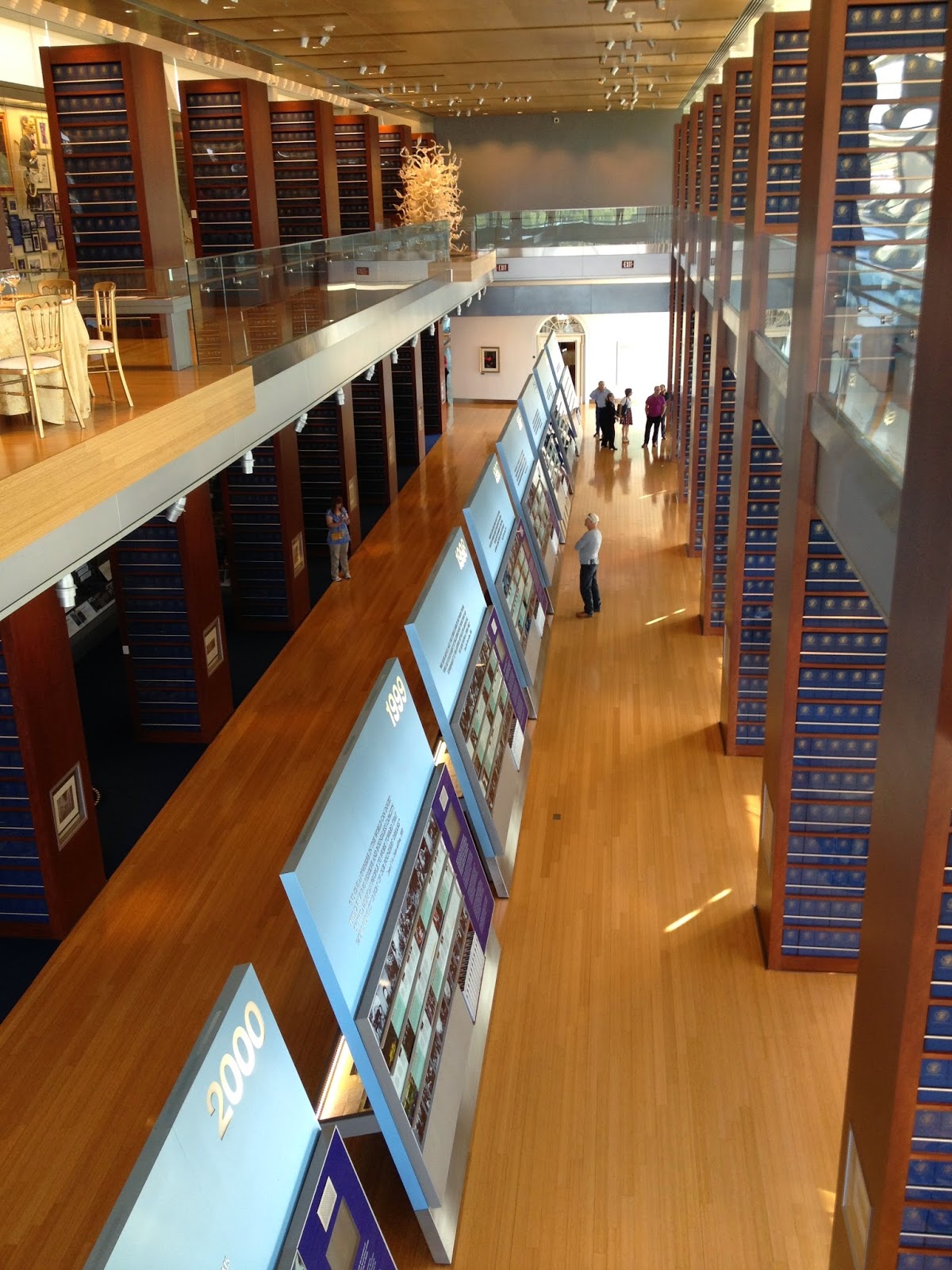 The centerpiece of the museum is a timeline detailing the national and world events that took place during the eight years Clinton served as president. 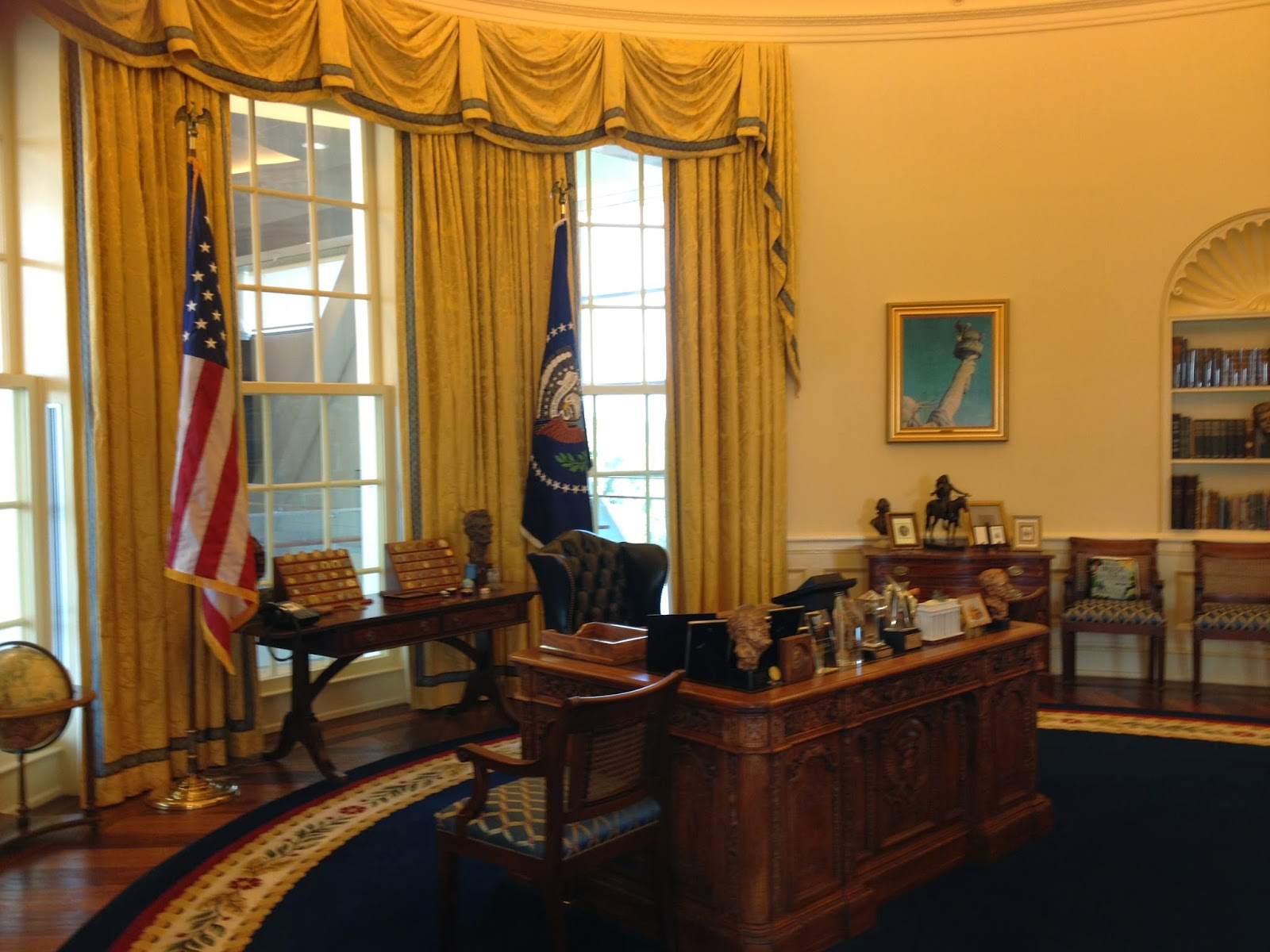 A full size replica of the Oval Office is on the third floor. 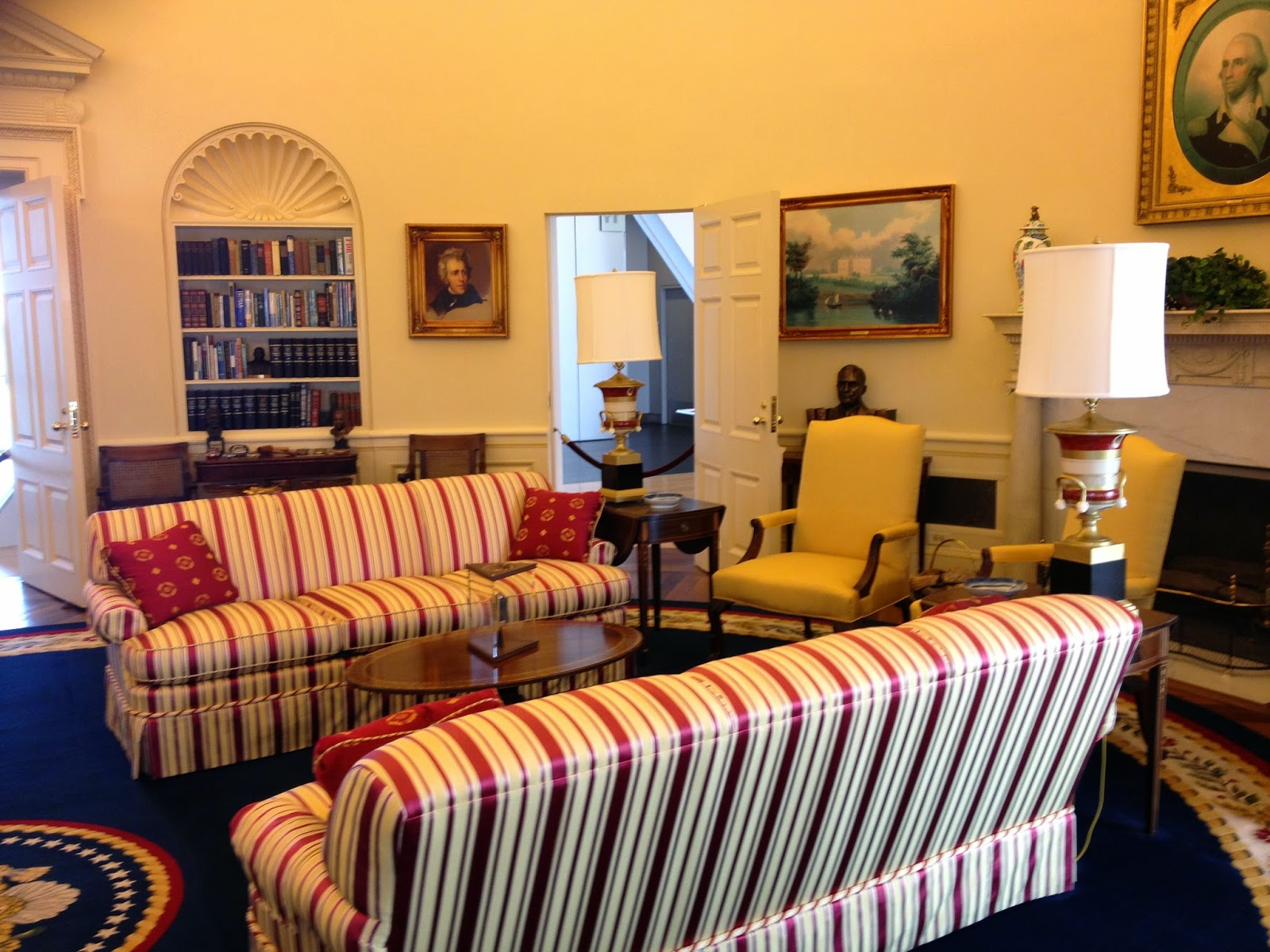 Clinton narrates a twelve minute video (produced by his friend Linda Bloodworth Thomason, creator of the hit TV show Designing Women) that plays in the second story theater. Clinton describes artifacts in the Oval Office, including the resolute desk and collection of military coins on the table behind the desk. On the coffee table between the couches sits a centuries-old moon rock, given to Clinton by Apollo astronauts. When discussions grew heated Clinton would often point to the moon rock and remind his guests that their time on earth was just a tiny blip in history. 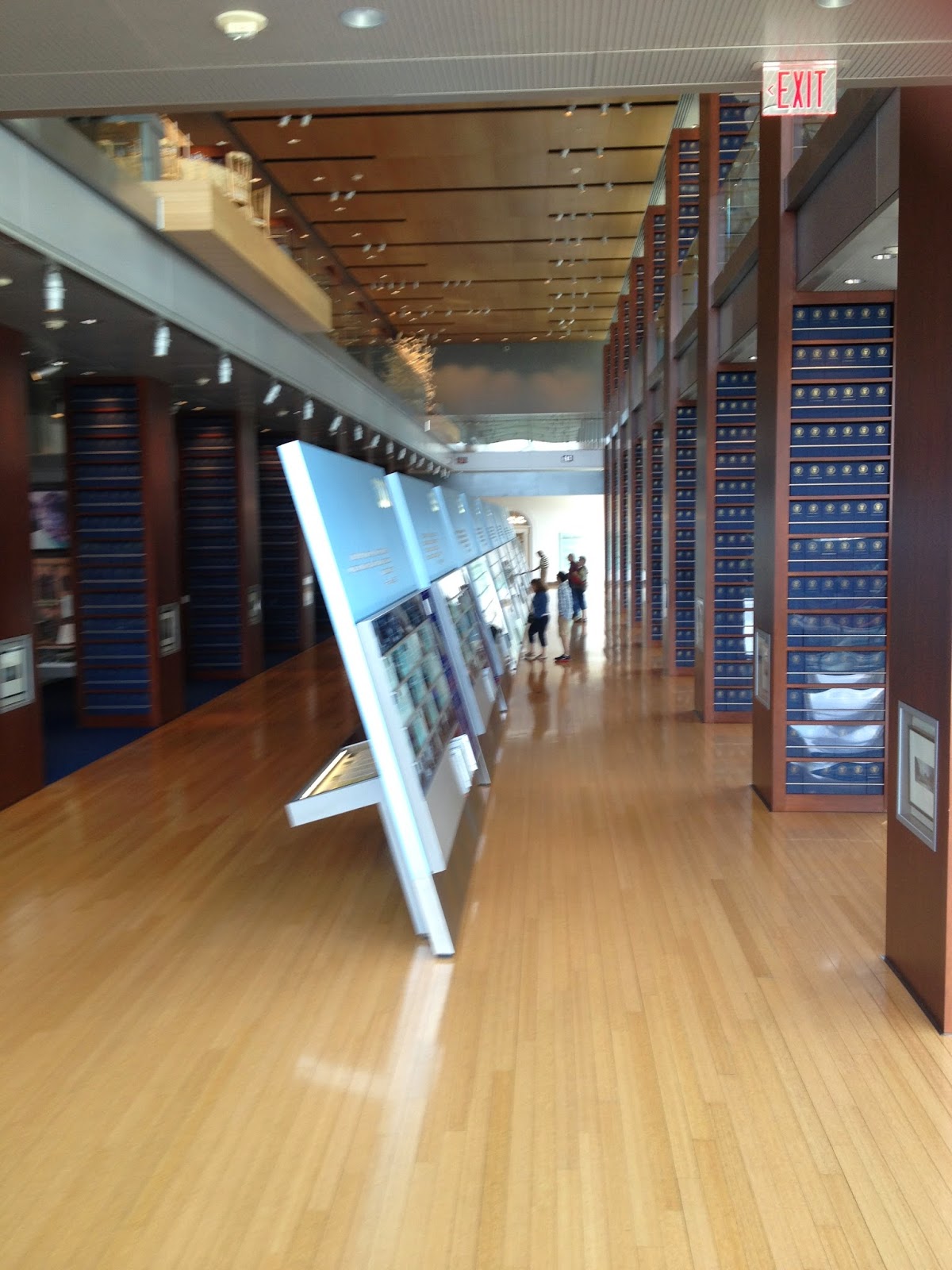 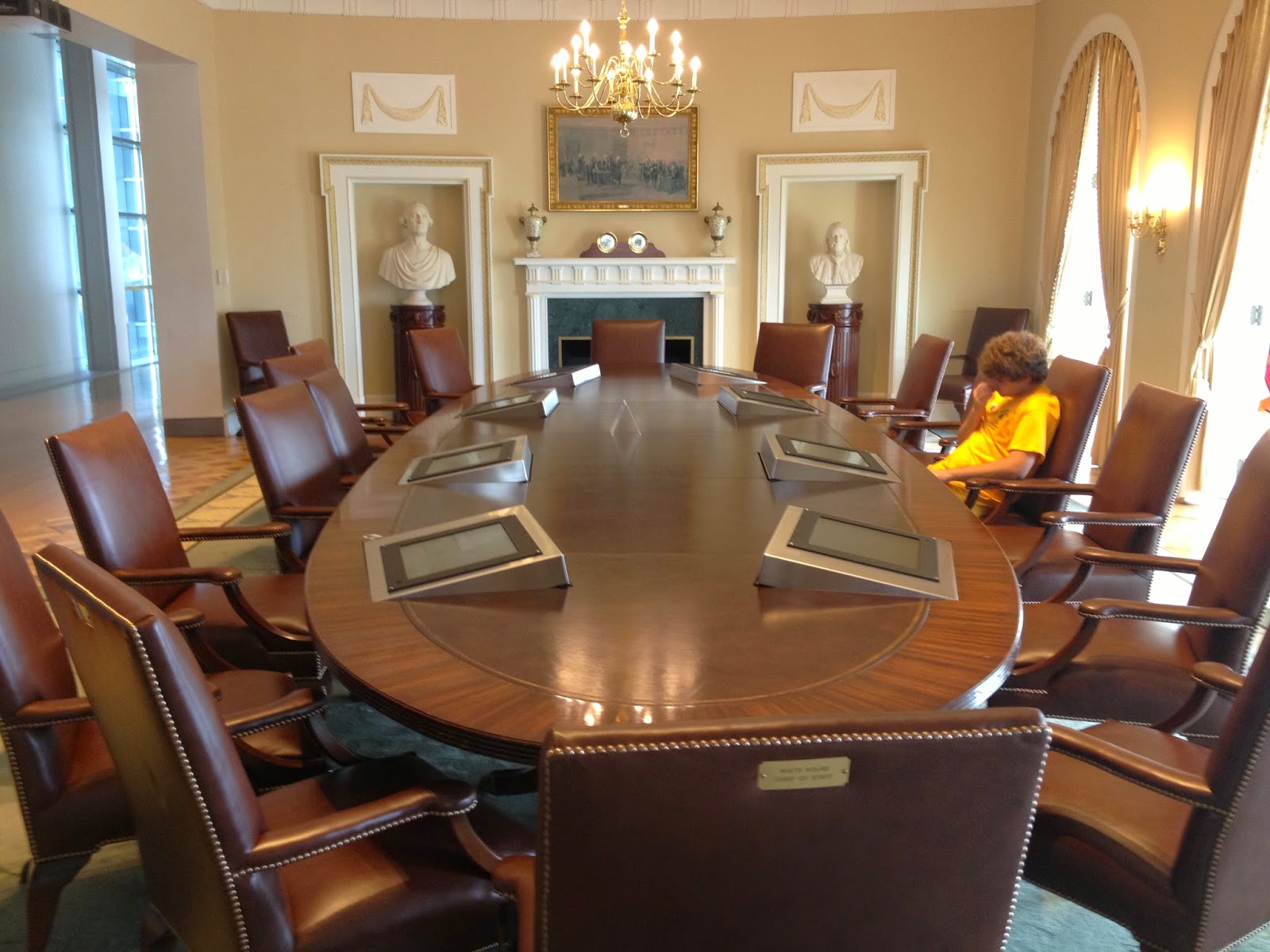 Replica of the cabinet room. The student pictured sitting in the president's chair told me that the occupant could keep his chair at the end of his time of service, as long as he paid the $2500 replacement fee. The gold plate on the back of each chair lists the title of the seat holder. The president's chair is two inches higher than all the others. 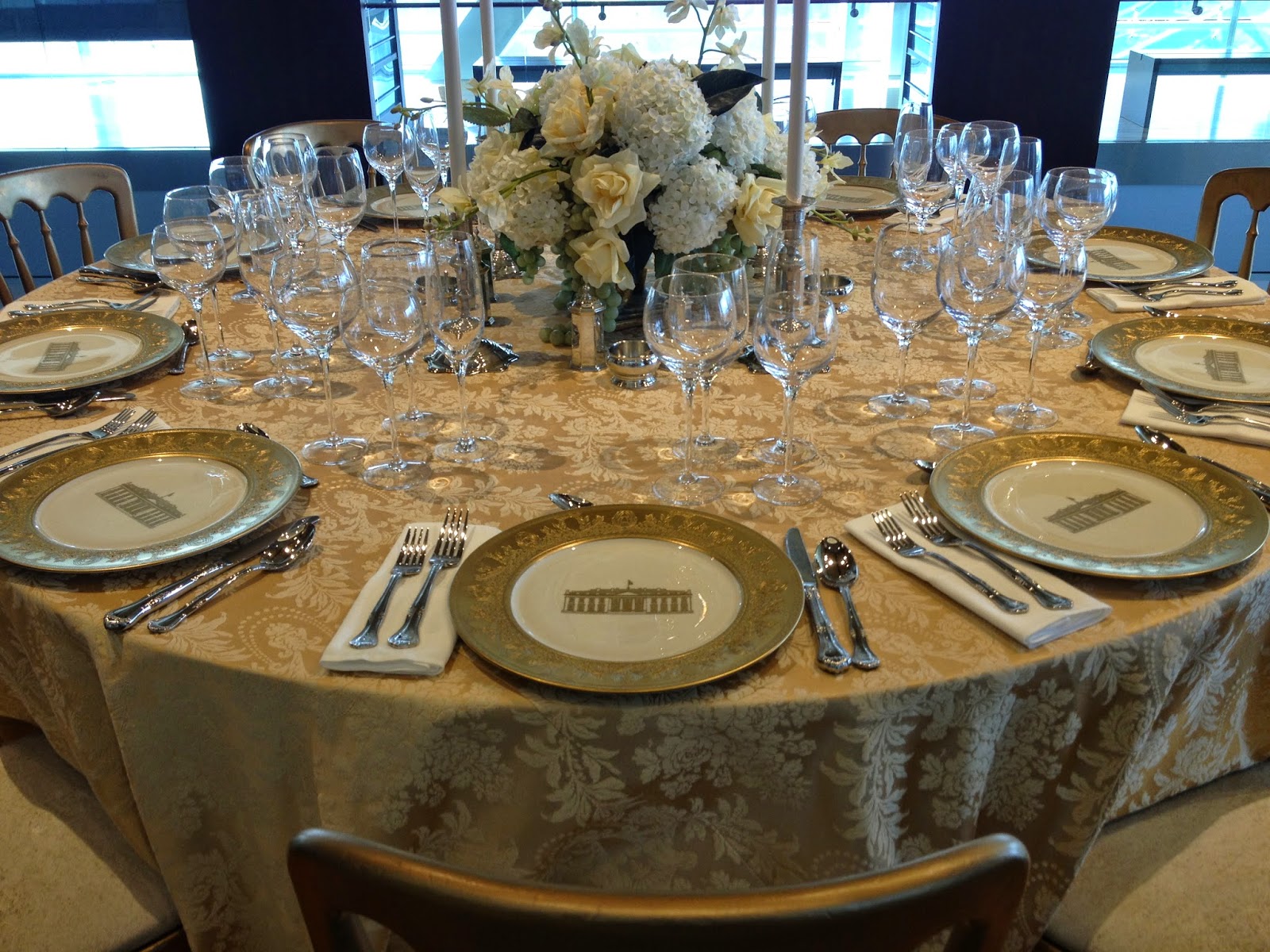 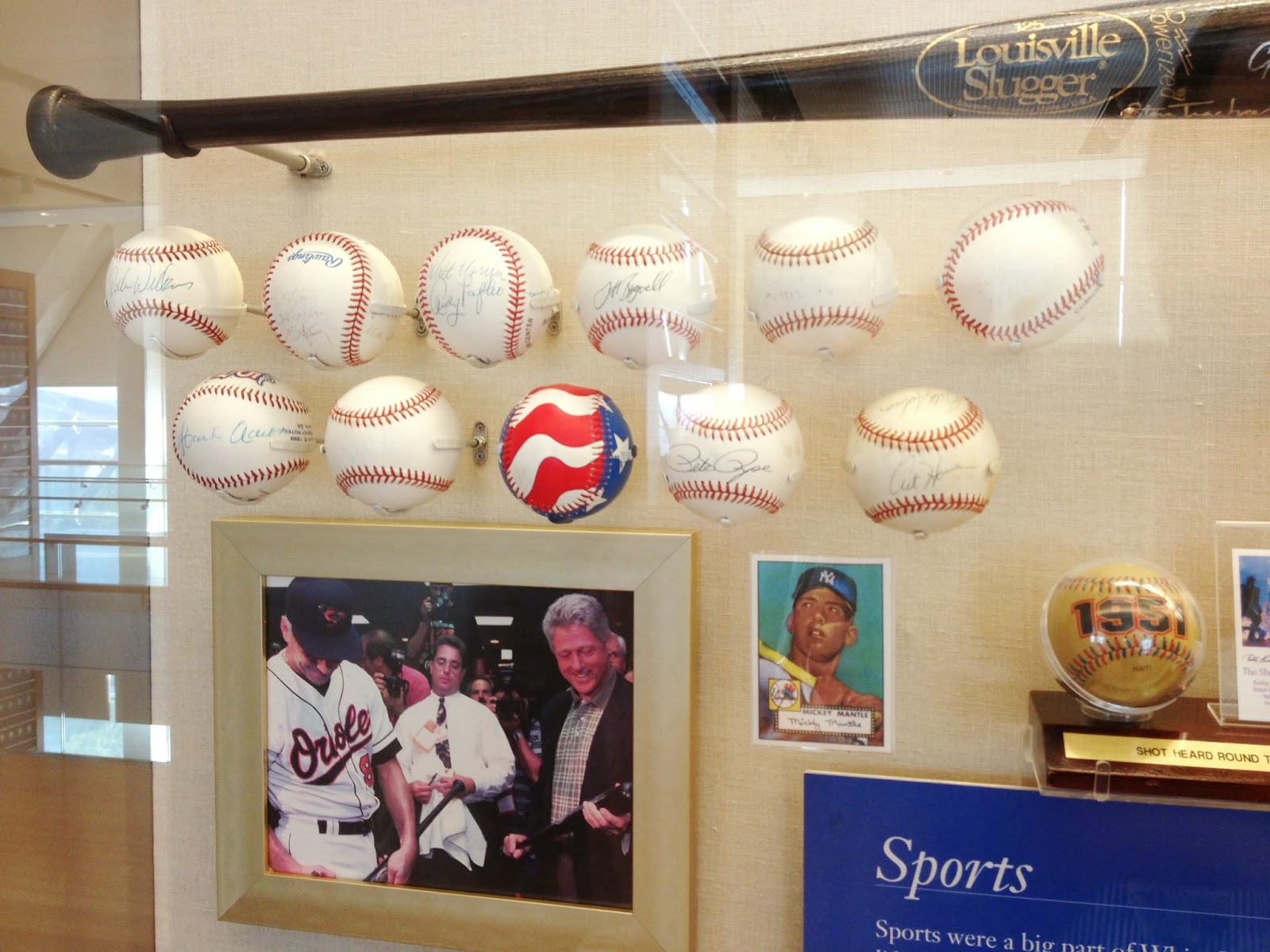 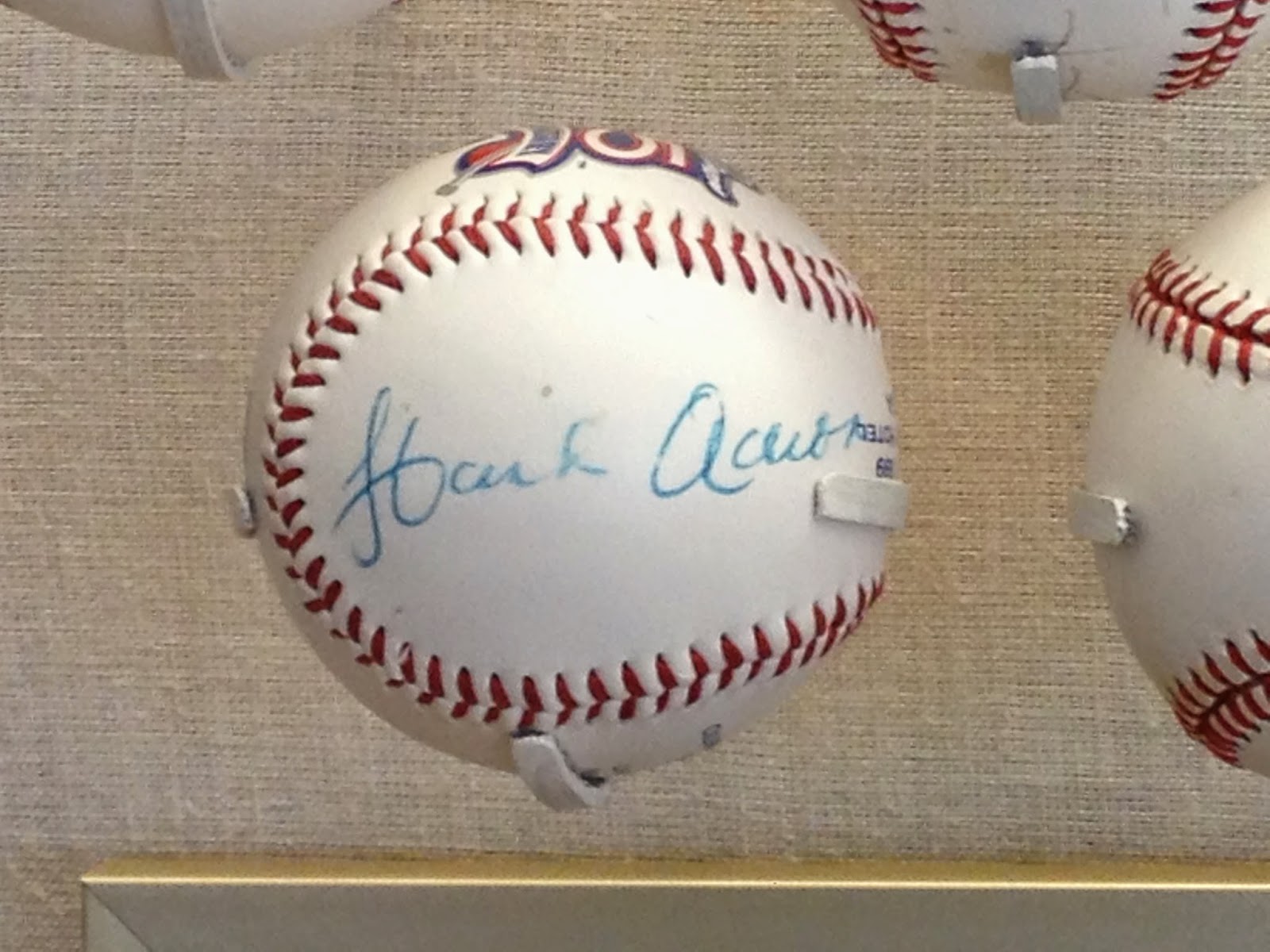 Baseball autographed by Hank Aaron. No truth to the rumor the display included memorabilia signed by Georgia running back Todd Gurley. 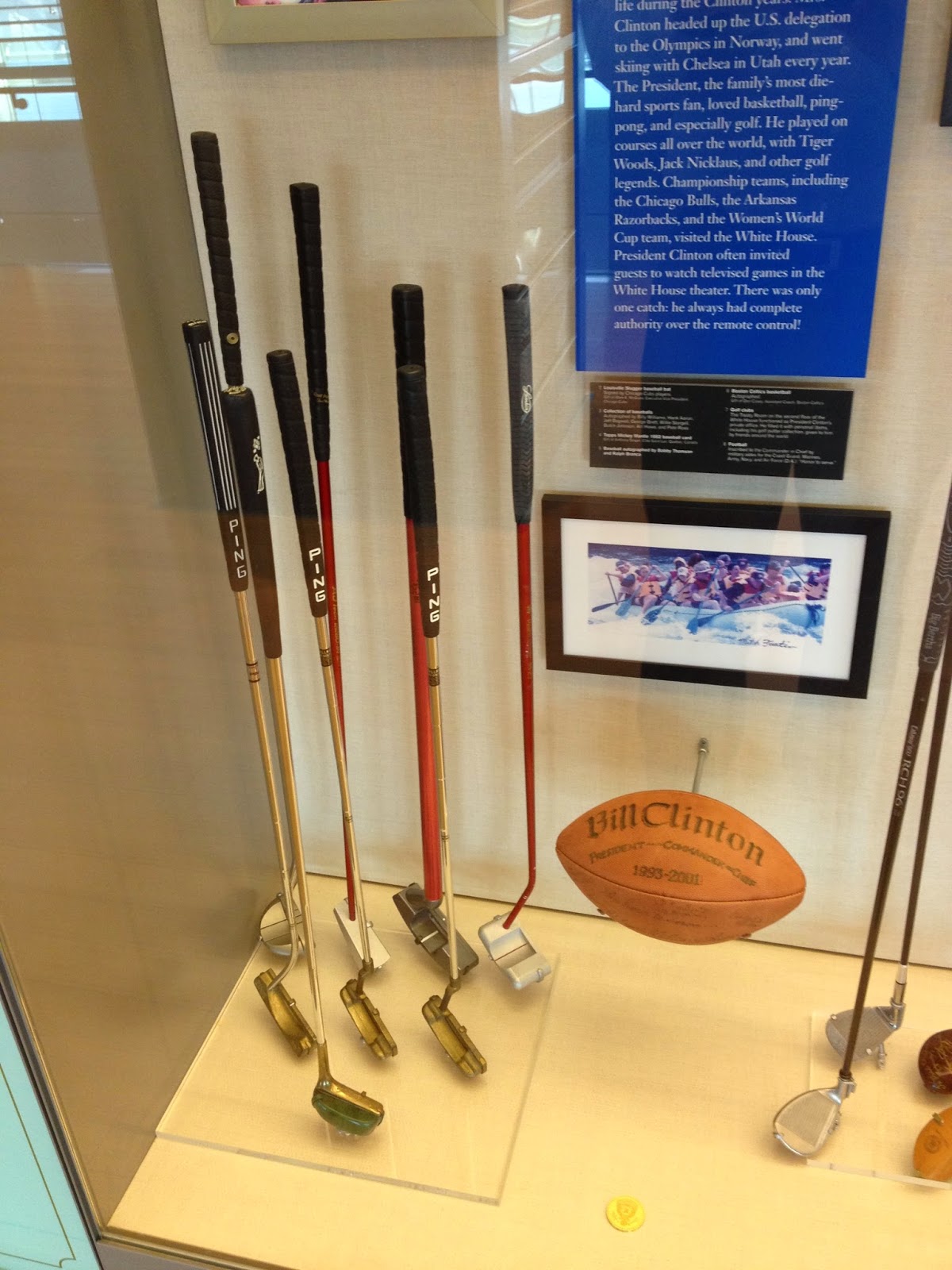 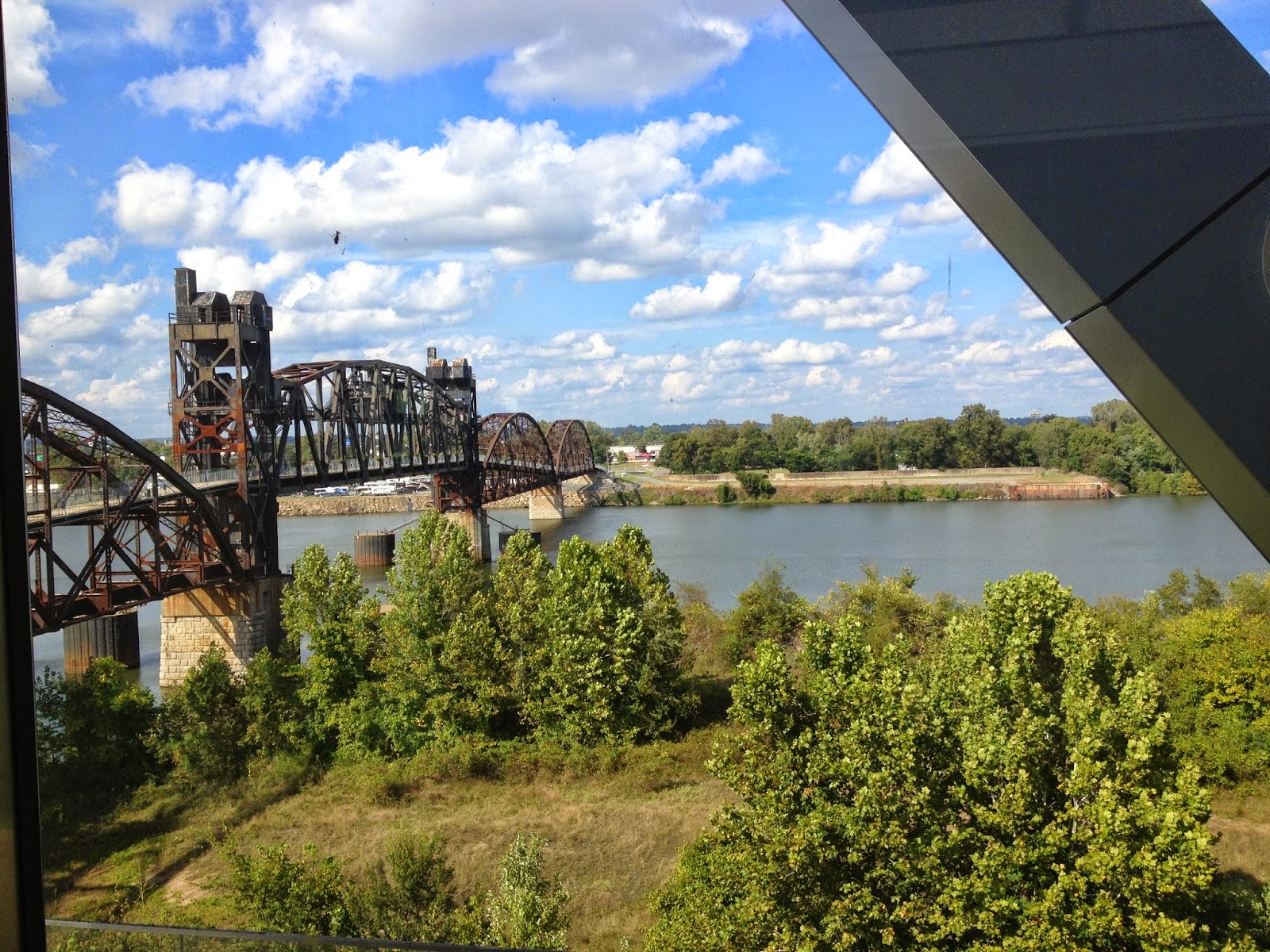 View looking north from the library. Visitors can cross the Arkansas River on the pedestrian bridge. 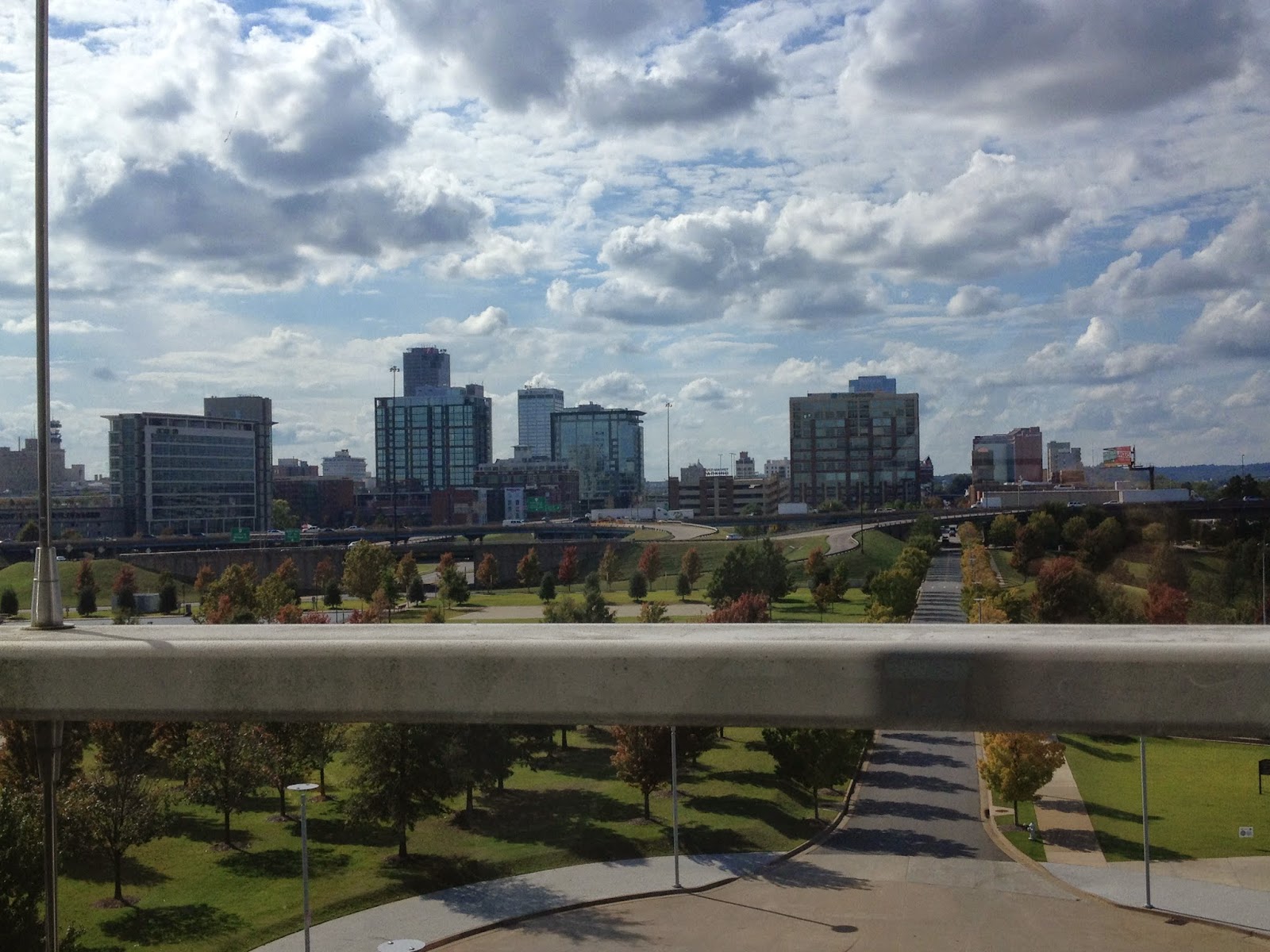 The downtown riverfront area bustles with workers and visitors. Many restaurants, bars, hotels, museums, and offices. My hotel sits behind the green sign near the center of the picture.