Saturday evening I drove M way out to a campfire at his friend Jaimen's house in Douglasville. Figuring I would have to pick him up, it did't make sense to drive the 35 miles back home. With 2-1/2 hours to kill, I decided to spend the first 1-1/2 hours walking at the nearby Arbor Place Mall. After that I'd grab something to eat. Little did I know how entertaining mall walking could be.

When I walked in at 8:30 the mall was crowded, but starting to thin out. I quickly settled into a routine of walking west on the first floor, climbing the escalator to the food court, circling past Sears and Johnny Rockets and around the food court. From there I'd walk east on the top floor back to the Belk end. I stopped in just a couple of stores, and spent the rest of the time walking. 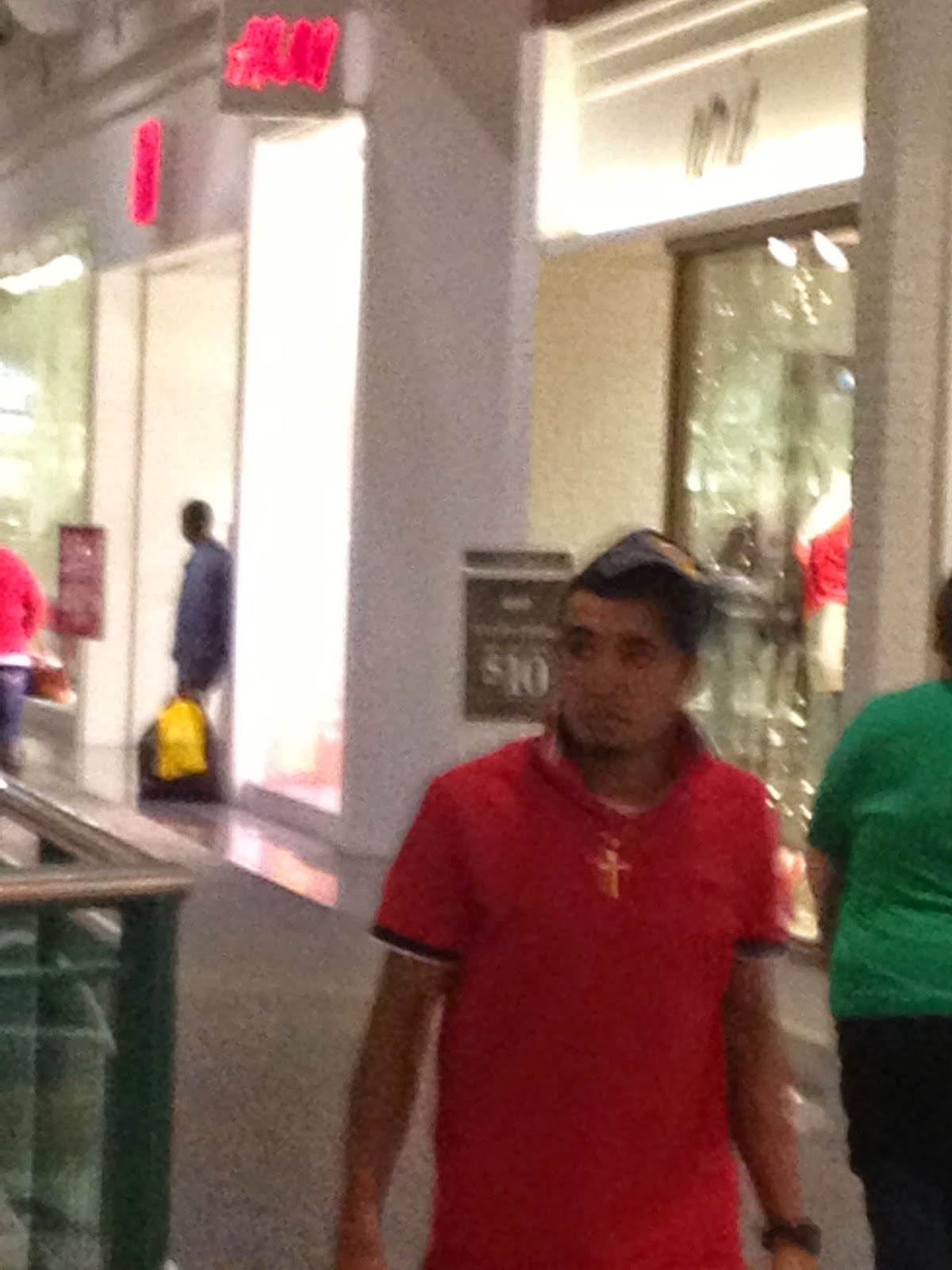 There was plenty of great people watching. Lots of cool kids (male and female) wearing various sneaker styles, rednecks in camo, and fans in Alabama gear. Plenty of UGA apparel as well. One sign of the times stood out - a cool Hispanic dude wearing a Georgia Tech cap. I stealthily snapped my first blurry photo of the night (above). Later I was able to take a better picture (below). Maybe he's a regular reader of my blog and won't be too mad at me for stalking him. 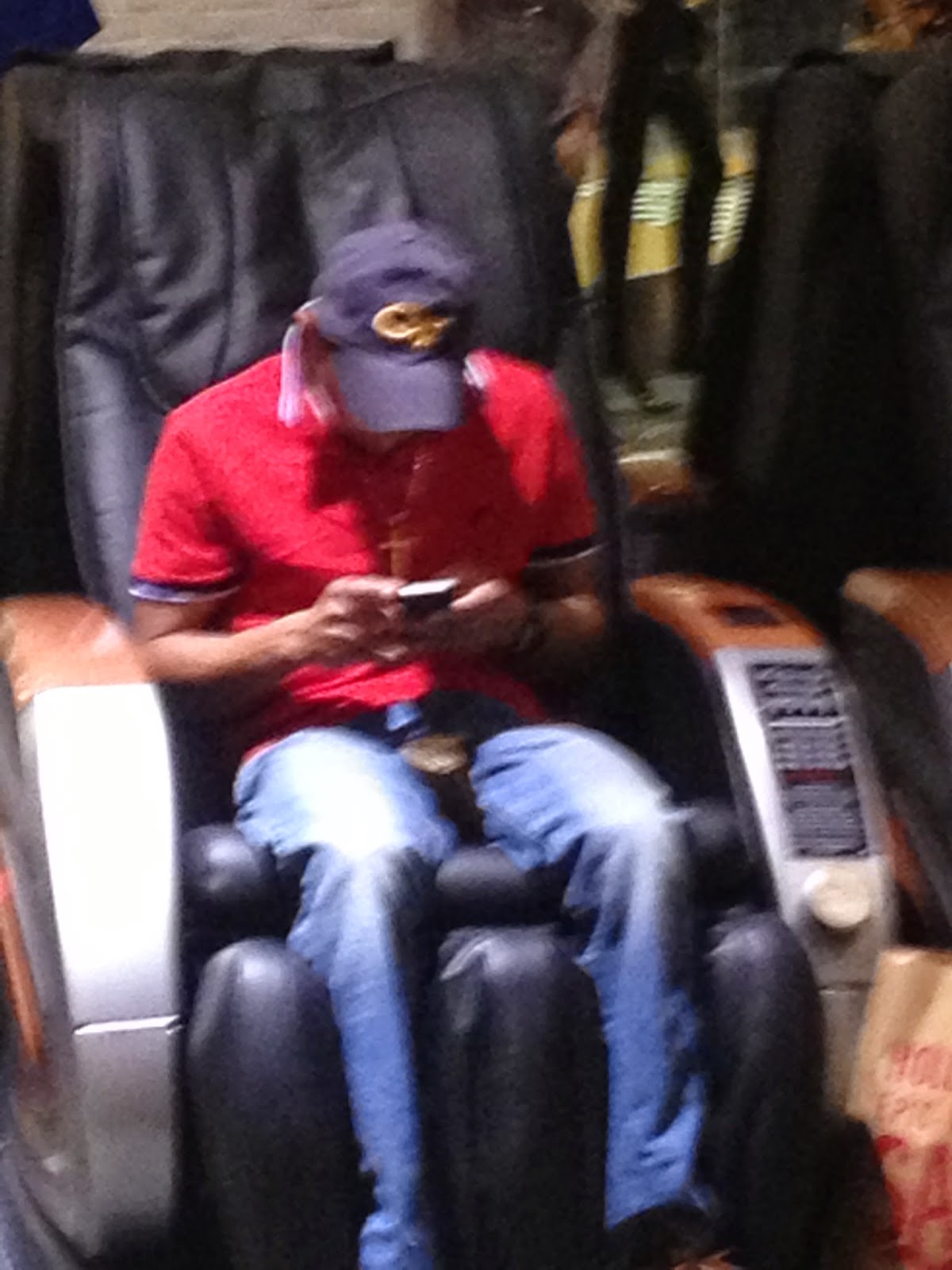 Strolling through the food court, I noticed several establishments handing out samples. I didn't want to come off as needy, but every time a sample was offered I took one. Two place were handing out generous sized portions of orange or mango chicken - much better than the puny Japanese sample. I also sampled some popcorn. During my 1-1/2 long stroll I downed about eight samples. After that I really didn't need supper. 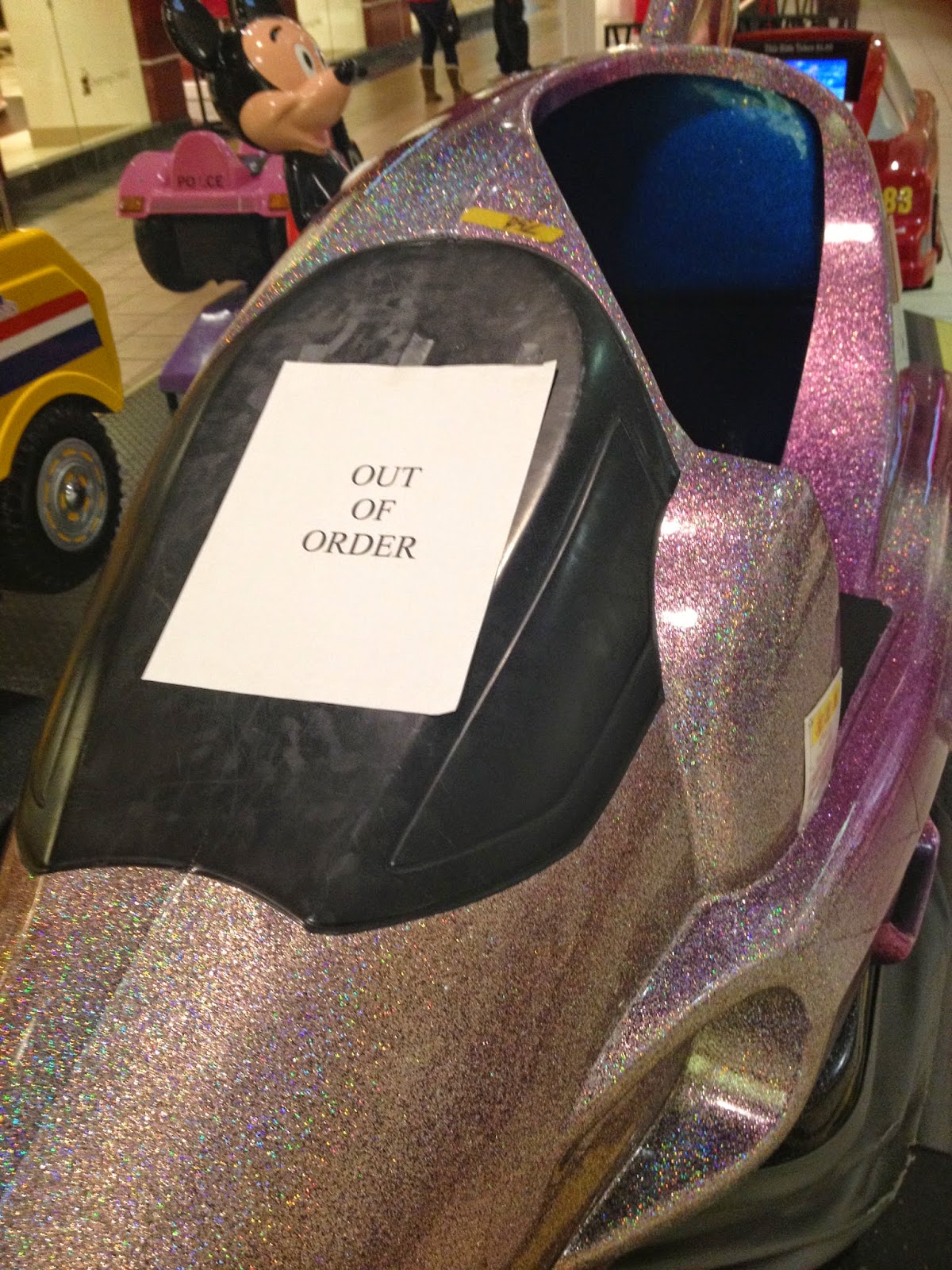 Why are the coolest rides always out of order? During my walk I wound up having so many hilarious ideas and took so many pictures. I didn't want to clog up social media with them, so I decided I'd combine them all in a blog post. I needed something to post on Sunday anyway. 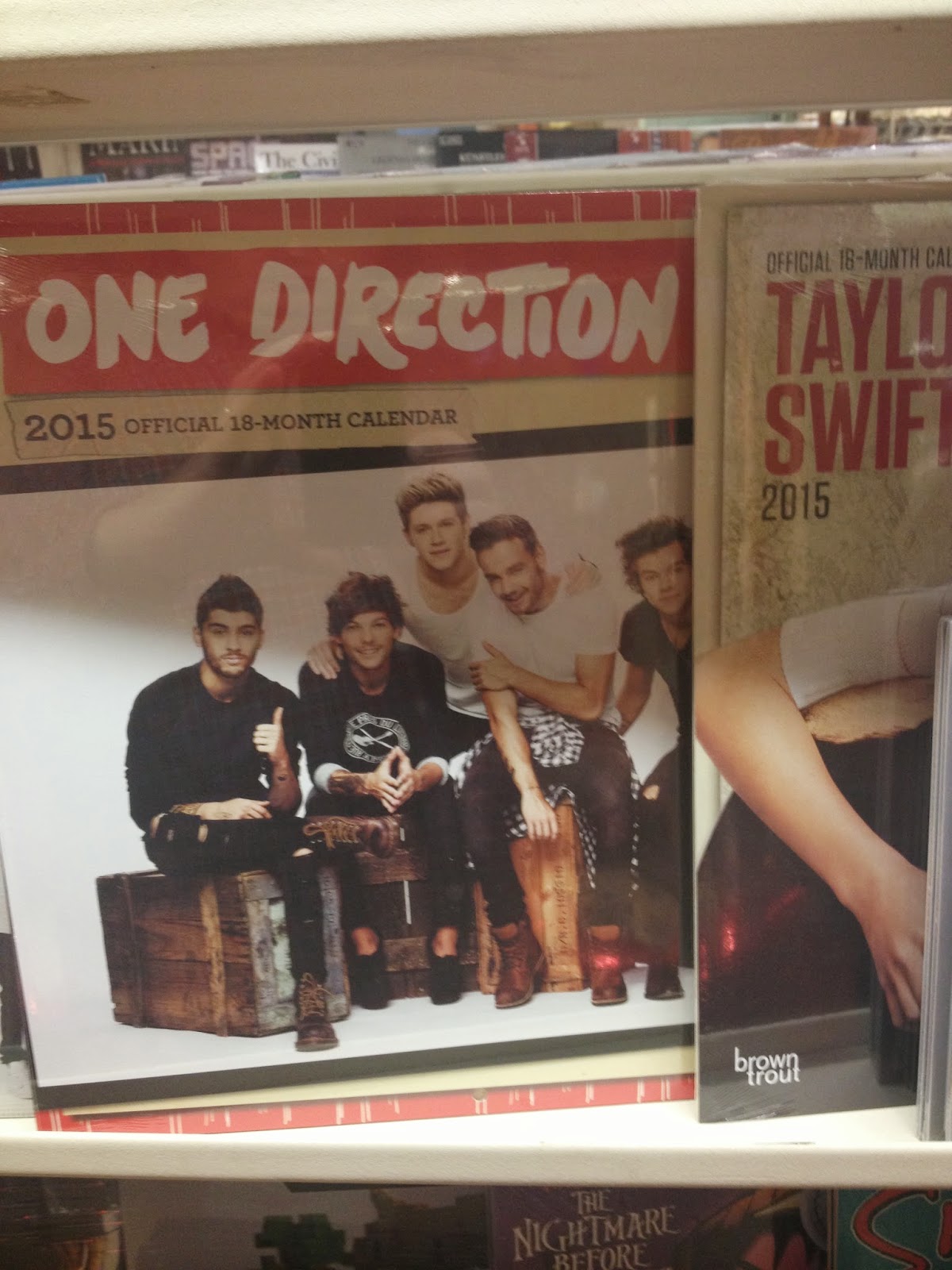 Stopped my the calendar stand to snap a photo of the 2015 Taylor Swift calendar for Anna. Later I noticed the One Direction calendar next to it. I passed. 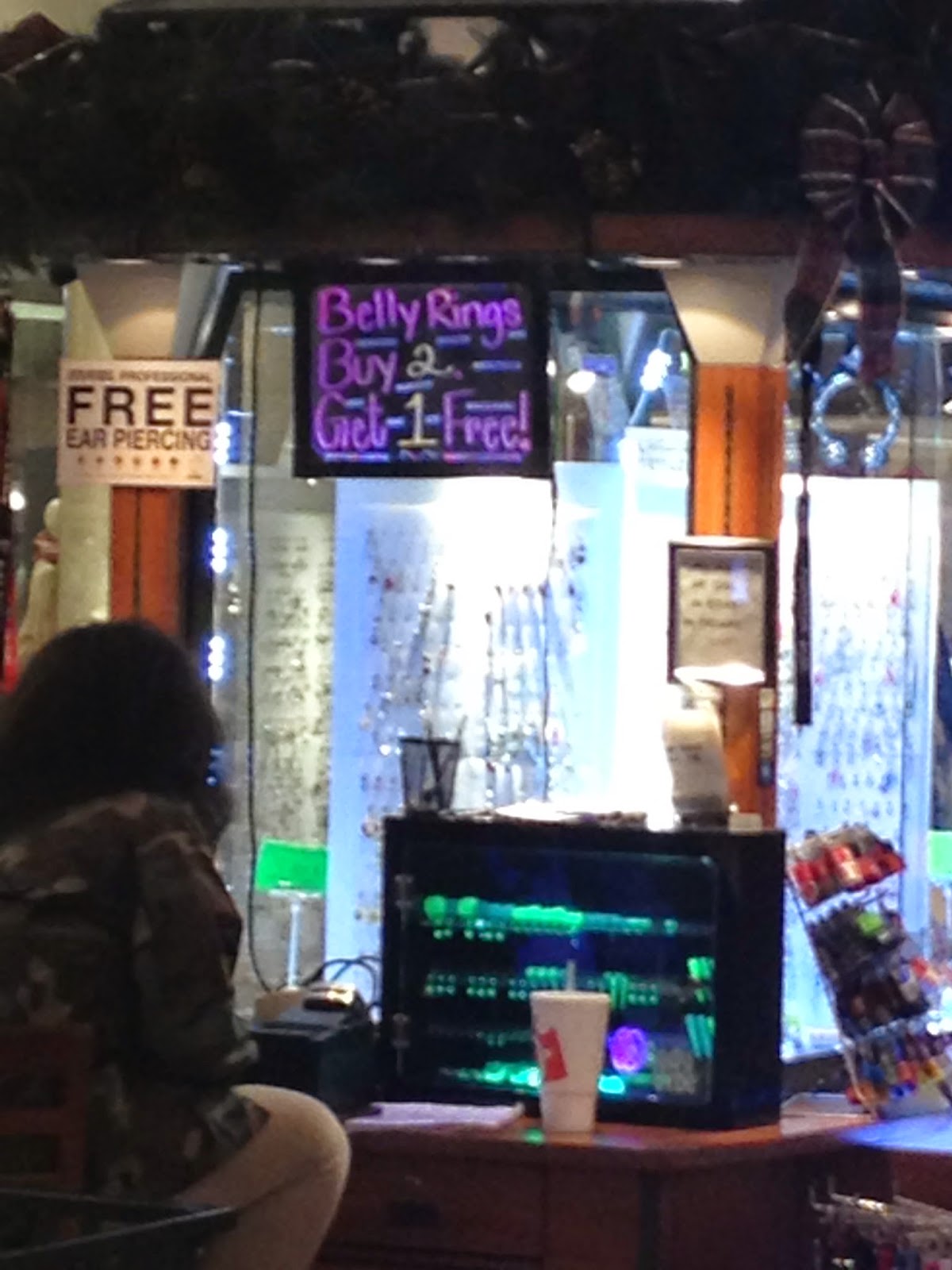 Belly Rings: Buy 2 Get One Free. Just how many belly rings does one need? I suppose you could shop for all your friends. Again, I passed. 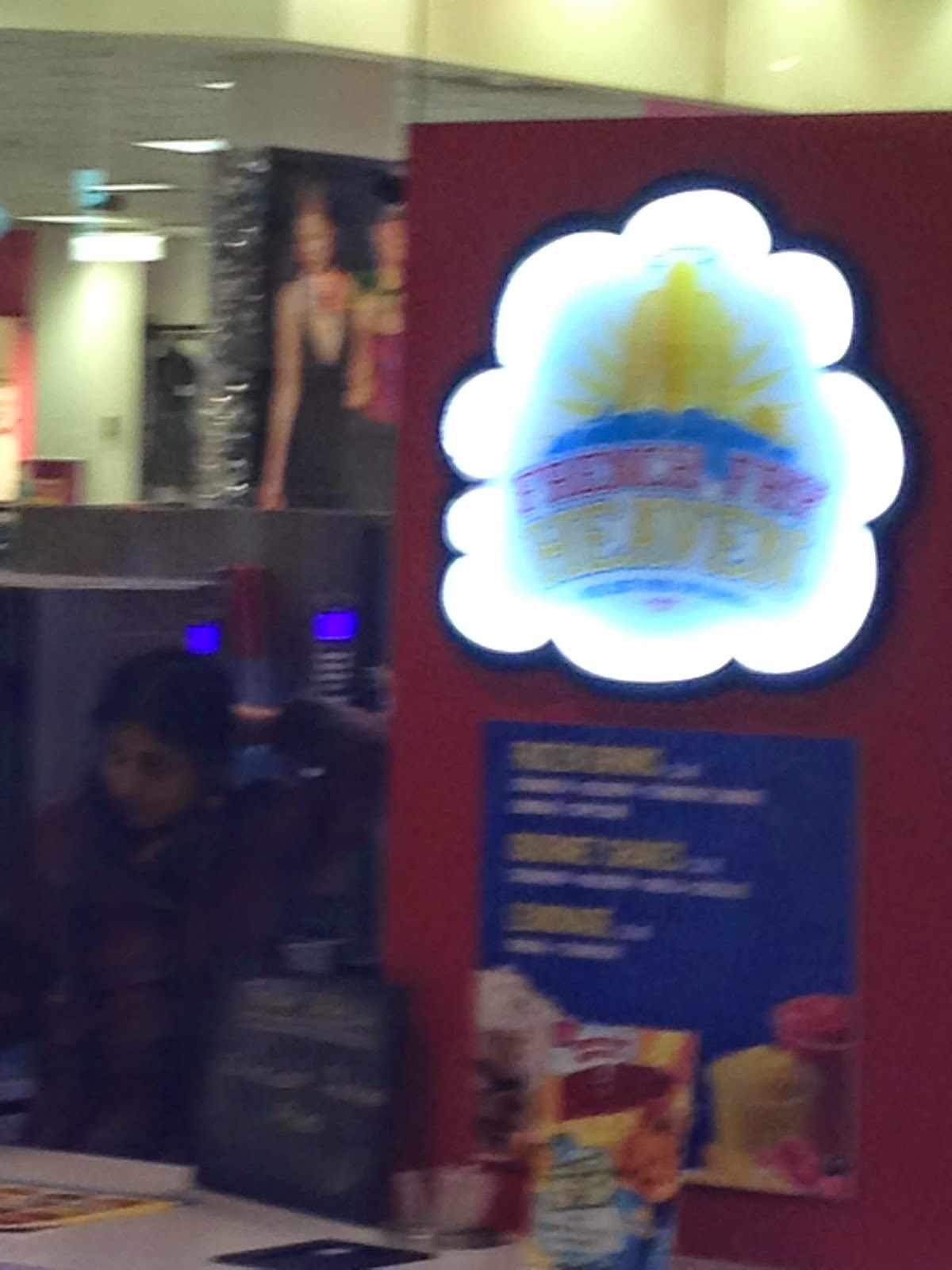 French Fry Heaven (above). From around the world they come to America, manning mall carts and fast food joints and feeding us unhealthy food. We're becoming so slothenly that one day they'll be able to take over. Perhaps it's the latest ISIS strategy. Note the small chalkboard at the lower left with the special of the day: chocolate covered fries. I rest my case. 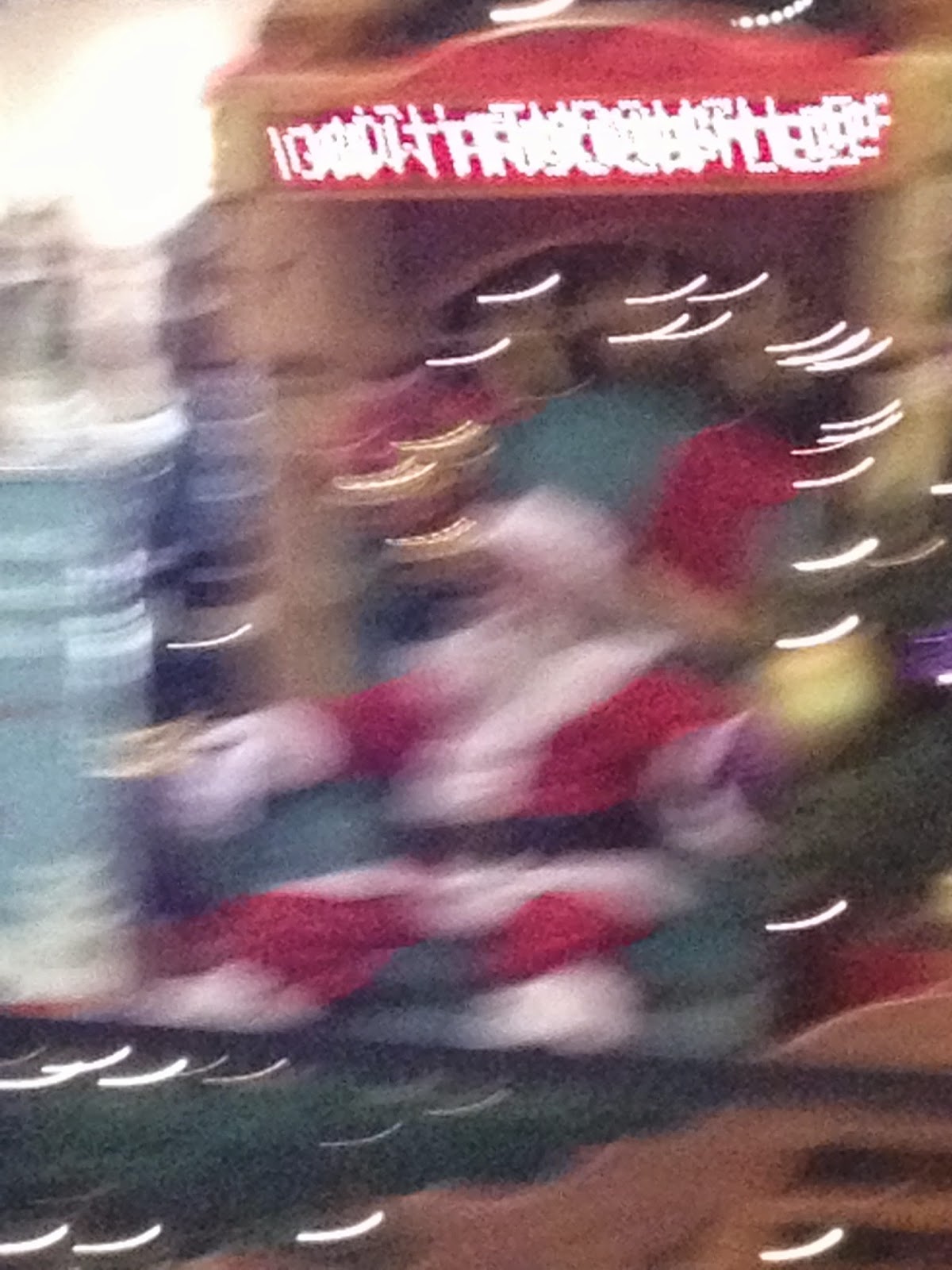 A fuzzy Santa photo, near closing time. He looked bushed, but there was no line while I was there. Next time I promise to take better pictures.

Matthew texted me at 9:55 - right when the mall was closing. He was spending the night. So I made the long drive home by myself. But I had an eventful evening of mall walking to reflect on.