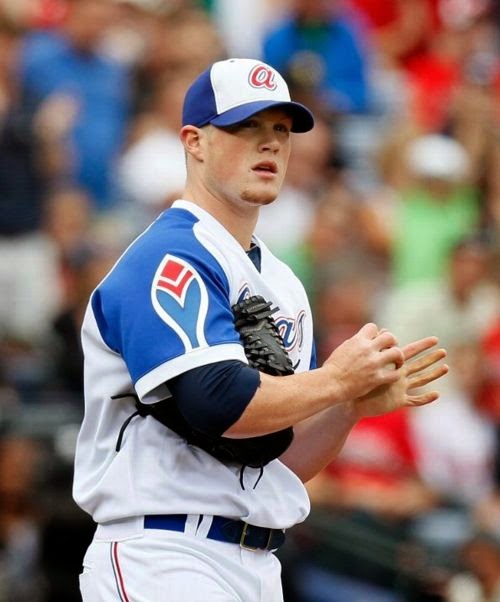 During the last offseason several experts said the Braves should trade Kimbrel while his value was at its peak. While he did just fine in 2014, his season didn’t seem quite as dominant. My only concern about trading him would be who would replace him. Anyone would obviously be a downgrade. Perhaps young Shea Simmons. Locking up a big chunk of payroll in a closer could be dicey. Can Kimbrel keep up the super human pace he has set for himself, a pace previously unseen before? I don’t see how he can. Seems like he would lose velocity or get hurt. Lots move moving parts than the calmer Mariano Rivera. The press has labeled all the Braves moves as rebuilding, but to me it’s more like making normal long-term player moves to address expiring contracts and to strengthen weak areas. 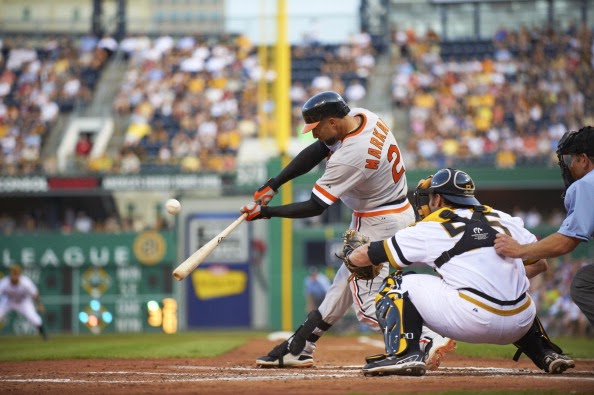 Baltimore sure hated to see Markakis leave, which is a good sign. I always admired him from afar (meaning I didn’t follow him that closely). The Braves got four years of him a lot cheaper than Heyward or Justin, or most other decent, consistent, above average outfielders. Fans are acting like we traded Heyward for Markakis, forgetting Heyward was in the last year of his contract - and the Braves also got two quality starting pitchers in the deal.

Fans think Jim Johnson was signed to replace Kimbrel, when he’s really just to make the bullpen deeper. Not bad to have a bullpen stocked with former closers. Lots of silly comments by fans this week.

While hanging on to Beachy or especially Medlen at a lower cost would’ve been nice, it was senseless to throw tons of money at either. Neither would be ready in April, and there’s no telling if they’ll ever return to form.

ROB: I got bits and pieces of the Braves news all week.  I liked the Markakis signing - he won't be a superstar, but he will be a solid player.  I don't disagree with your idea of trading Kimbrel.  Trying to value a closer is hard.  The Yankees would not have won 4 WS without Rivera.  If Atlanta, had of had Smoltz closing games in 91, 92 and 96, I think they would have won more than 1 World Series.  However I think closers are more replaceable in the regular season.  I don't know if Kimbrel will ever be a Rivera-type postseason closer because I don't think Fredi would be willing to use him the same way (multiple innings). It sounds like the Braves may sign a Stephen Drew/Kelly Johnson type for a stop gap 2B.

ME: Fans hear the word rebuilding and automatically expect a last place finish. They forget that we locked up Freddie, Johnson, Kimbrel, and Simmons and have Teheran, Minor, and Wood. Washington has been too inconsistent to consider as a lock for first place. Nice that a 2B will be added. Drew is talented. Some say he is injury prone. I always like Kelly Johnson. He bounced around to several AL East teams, didn’t he? Was one of three ex-Braves to play first for the Yankees last year. No reason the Braves can’t contend in 2015.