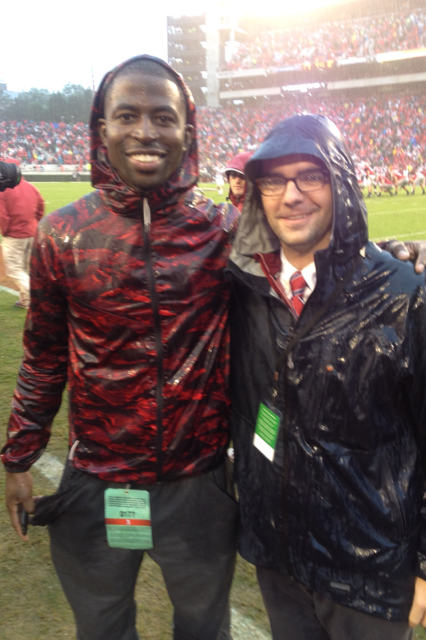 After helping set up the SEC Network's pre-game show Friday afternoon Will secured an all-access pass to the Bama game. After sitting with friends he made his move down to the sidelines, where he ran into his old friend Mohamed Massaquoi, the former UGA receiver. Below was his view from the sidelines. 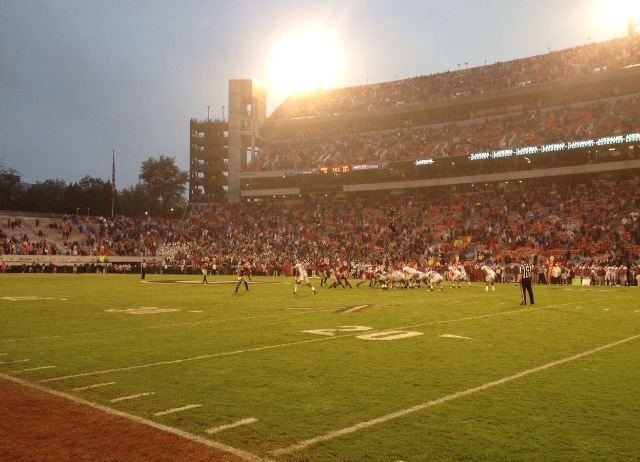 Among Bulldog fans there is much weeping and gnashing of teeth about Saturday's loss. But back in August when no quarterback stepped forward to win the job and Mark Richt was forced to start lowly Virginia transfer Greyson Lambert none of the fans were predicting the Dawgs to beat Bama. They all predicted gloom and doom.

What changed in a month? Only the expectations and the hopes of Dawg fans, who quickly forgot Lambert's below average performance in the season opener. UGA beat four below average teams, getting better every week. The fans could care less that Richt is exactly right - the team can still play for the conference and national championship.

My mistake? Forgetting the UGA fans are a lot like Braves fans. Rarely do they look at the facts. They fill social media with emotional comments that more often than not have little to do with reality. Good to remember a few things:

If Richt was fired who could they get who could do better? Tennessee fans couldn't wait to get rid of Phil Fulmer. Since he left things have only gotten worse. Who would want that little screaming man (the current Tennessee coach) to represent them?

How many teams lose to top five teams? Almost everyone. It might be different after next year's freshman QB comes in and gets a year under his belt, but it's completely unreasonable for fans to think UGA can compete against the nation's elite with a so-so quarterback.

Football coaches eat, sleep, and breathe football much more than almost all the rest of us work at our jobs. Tonight on his live radio show Tech coach Paul Johnson said if he lines a player up at a certain spot on the field you can be assured he has a pretty good reason for putting him there. Johnson looks at film from years back to see how a team and coach adjusts to his option from one year to the next. How many of us drill down that deep? Why would we think we know better?

Email ThisBlogThis!Share to TwitterShare to FacebookShare to Pinterest
Labels: Football, Will