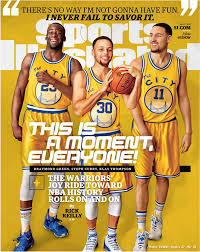 Is Charles Barkley right? Does LeBron deserve to be suspended as much as Draymond Green? They all push and shove, but in his frustration at being best once again in the Finals LeBron seems to be a tad excessive. My question: is millionaire wife Alicia Goetz sitting courtside at the Finals, and is she still poo-pooing LeBron?
Worked until six Friday. New Girl is on vacation, upping my workload. Plus the Hard Charger needed a report. Made two stops on the way home, then went out for a late dinner at El Porton. Saw Brett Smith at the Stinky Kroger, then redboxed Cate Blanchett in Cinderella.
Worked upstairs Saturday morning, then downstairs. Laundry and dishes and other stuff. C picked up a friend’s dog at the kennel and I helped unlock their house. After eating homemade pizza we hit Home Depot for a new hose and other needed items. Back home we watched three episodes of The Good Witch on Netflix, staying up past midnight. 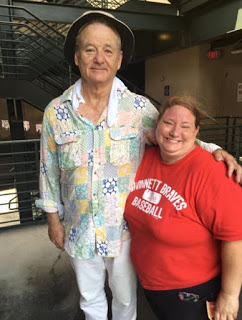 Bill Murray and Jason Bateman attended Saturday’s Braves game (also Don Head, but not me). Murray sat behind the Cubs dugout and Bateman behind the Braves. Bobblehead queen Katie Wood nabbed a picture with the amiable Murray, who goosed her arm and chided the photographer for poor grammar. Katie also got photos with Denny Neagle and country music star Chris Stapleton.
People are down on the Braves for Snitker’s 9-16 record. Fredi opened the season 9-19. Freddie Freeman has been in a season long slump. Any knowledgeable fan would’ve been thrilled with one win this weekend against the heavily-favored Cubs, but the complaining continues.
Both SS and worship were above average at Johnson Ferry. The youth choir return concert from their trip to Poland. They arrived back some time Saturday and stayed in an Atlanta hotel Saturday night, arriving back at the church just in time to sing. Oh the extravagance. Danny Downing and daughter went, at least 80 teenagers, plus 20-30 other chaperones and other hangers-on.
After spaghetti and a nap I washed and waxed both cars out in the heat. Wore me out. Hooked up the TV and brought in the sofa. Didn’t have anything special to post to my blog. I was playing on the laptop while watching the Tony Awards and prepped a picture to post, then forgot. Second miss in four weeks. 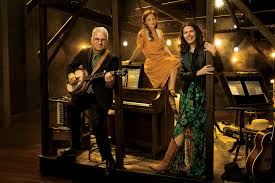 Steve Martin’s Broadway play Bright Star garnered five Tony nominations, including three for Martin himself. His rookie mistake: he didn’t name his play Hamilton. The 70-year-old has had a well-rounded career: an Academy Award, Emmy Awards 40 years apart, Grammy nominations 35 years apart, named one of the five best comedians in history, author of several books and screenplays – in addition to all the Tony nominations.
Monday morning music: Life in the Fast Lane, Speed Racer, Stayin Alive. Lunch meeting featured Dreamland BBQ.
Doesn’t look like Will’s small college left-handed pitcher friend Michael got selected in the weekend MLB draft.
I’m sure drugs among teens are bad in Buckhead. They are in East Cobb. I was thinking about that while watching the teen choir on Sunday. There are so many factors as to why kids try drugs that go so far past good parenting and a Christian upbringing. Kids are different for just as many reasons, starting with that God made everyone different. If two good families in the exact same circumstances do exactly the same things, there will still almost always yield different results. In the end so many things are beyond our own control. Like everything else, we must reply on God to keep and protect our children.