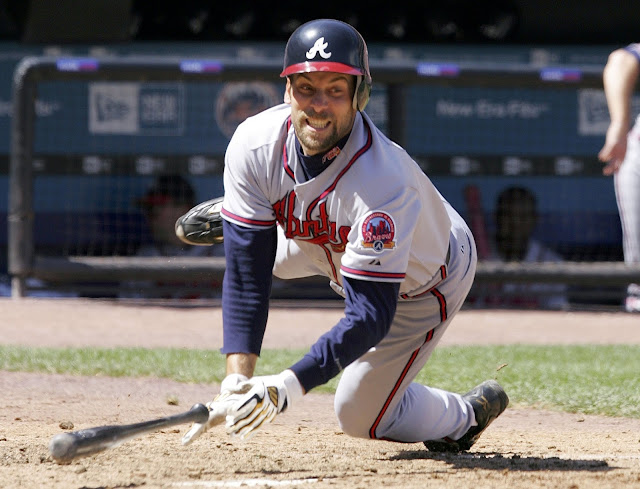 Sunday night during the NLCS broadcast the always competitive John Smoltz admitted he felt slighted at being left out of the famous “Chicks Dig the Long Ball” commercial, that starred teammates and friends Tom Glavine and Greg Maddux. The topic was discussed while a graphic was being shown, showing Smoltz and Glavine atop a list of pitchers who’d reached base the most times in the playoffs. Maddux did not appear in the top six.
While the bespectacled Maddux and slight Glavine were naturals for the commercial, that Smoltz looks more like an athletic position player made him less of a fit (though Smoltzie never could get his socks quite right). Plus having three pitchers would’ve made for a crowded ad – in this case two was indeed company and three the proverbial crowd. Hard to mess with perfection, as the ad was voted the greatest in the history of television – right up there with Bo Knows, Be Like Mike, and Where’s the Beef?
The issue can be traced back to when Glavine and Maddux were voted into the baseball hall of fame in January 2014, as several articles were written on the subject. Glavine ribbed Smoltz about his hairline. When the commercial was made Smoltz had yet to win twenty games or win a Cy Young Award. Fact was that Smoltz was under contract with another shoe company at the time.
http://thebiglead.com/2014/01/09/john-smoltz-is-still-bitter-he-wasnt-included-in-the-chicks-dig-the-longball-commercial/
http://bleacherreport.com/articles/1917484-tom-glavine-and-greg-maddux-were-in-classic-ad-john-smoltz-still-mad-about-it
http://nesn.com/2014/01/greg-maddux-tom-glavine-rag-on-john-smoltz-about-chicks-dig-the-long-ball-nike-commercial-video/
Of the big three, who was the best hitter? Was Smoltz justified in his claim – or was Smoltz just being the ultra-competitive Smoltz? The record shows that the great bald one did not beat out his buddies in any offensive category. All three had two career triples. Both Maddux and Smoltz connected for five career home runs. 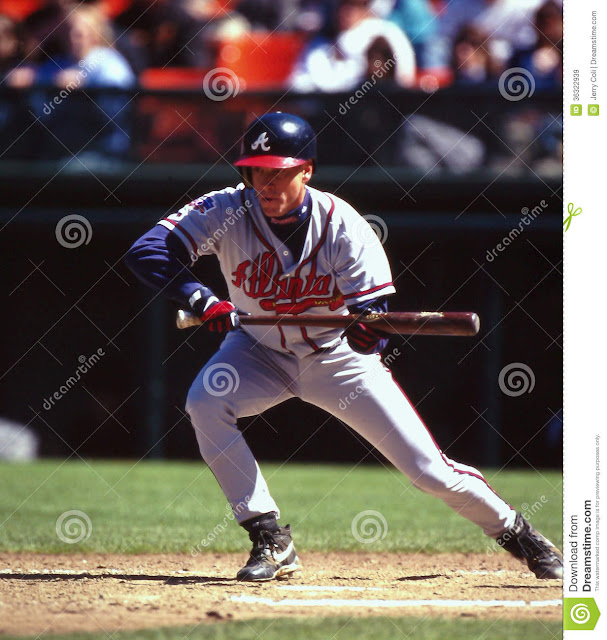 Glavine won four Silver Slugger Awards to Smoltz’s one. Of the three the lefty also had the highest batting average, on base percentage, slugging percentage, OPS, and RBIs. Glavine had more walks and fewer strikeouts. 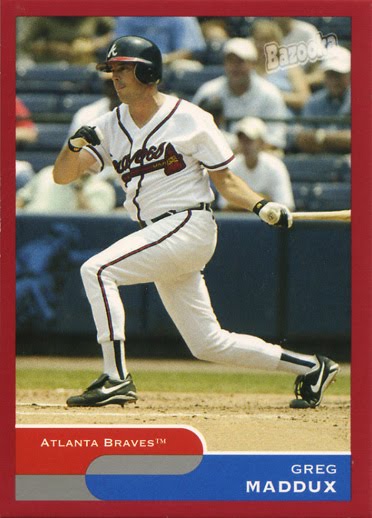 Maddux had the most runs, hits, doubles, and total bases. Albeit the most plate appearances and at bats as well. The Professor also had eleven career stolen bases, compared to Smoltz’s three and Glavine’s one. Smoltz’s success rate was 60%, far less than Maddux’s 79%. 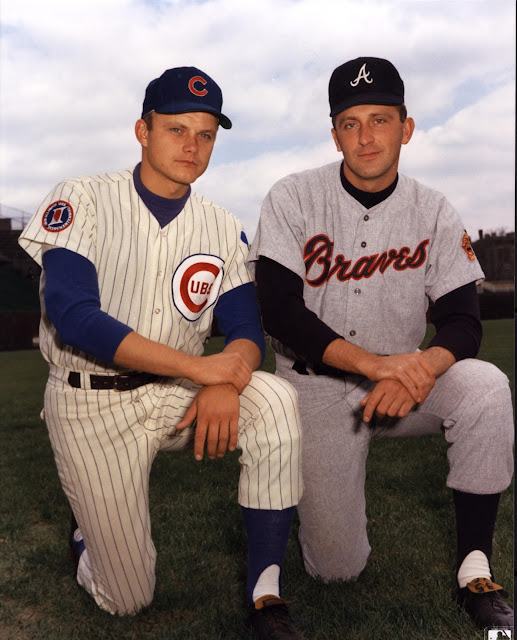