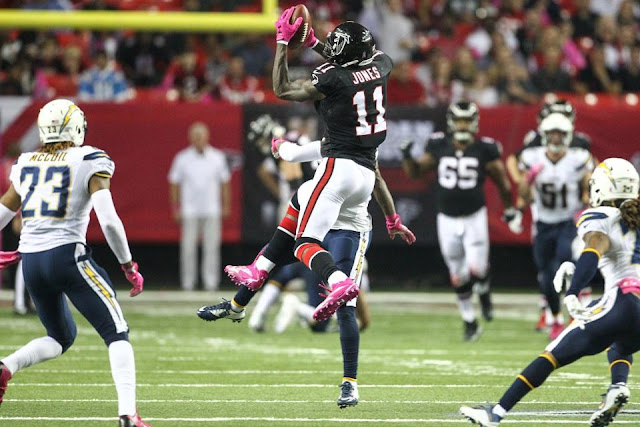 I watched more of the Chargers game than any previous Falcon game. Every time I left the room the Falcons would score. I’d come back in and the Chargers would score. I agree completely on the 4th down call – when a back starts seven yards back it allows the defense to penetrate. Better for a quick fullback dive or QB sneak, or a quick pass. Same play lost the game of UGA last week. 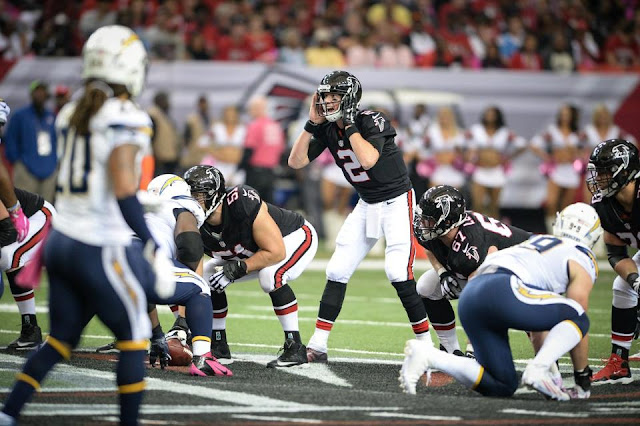 The Falcons’ head coach earned the job for what he did with the Seahawks’ defense. He’s seen how the Falcons defense was tired, and had been unable to stop Rivers and the San Diego offense in the fourth quarter. Quinn went for it because he figured Atlanta better try to hang on to the ball, because SD would drive down and score, or use their deadly kicker for the game-winner. But the error to thinking like that was that the Chargers were due for a turnover, even if they don’t turn the ball over that much. Just like the interception Matt Ryan threw when the SD linebacker (who hadn’t had an interception all year) stopped covering one guy, the same thing could’ve happened to the Chargers in overtime. 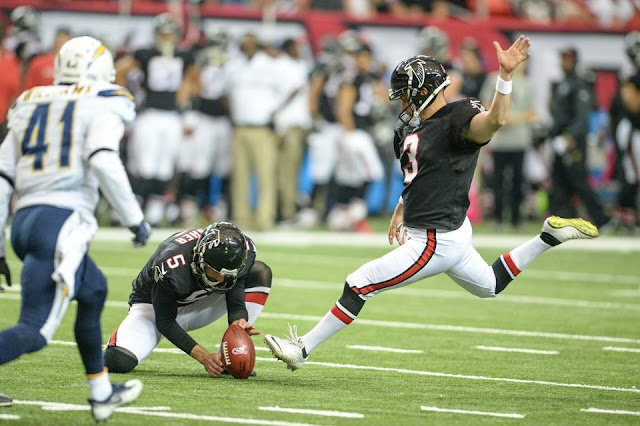 Would’ve been something if Matt Bryant had hit that 58 yard field goal at the end of regulation. Instead it hit the upright.
The Falcons looked better than usual in their 1966 jerseys and white pants with plain stripes. But in 66 they wore red helmets, not the black helmets they wore yesterday. Instead they looked more like the Dirty Birds from the Jerry Glanville/Brett Favre/Jeff George/Dan Reeves/Chris Chandler era. Only difference: they wore light grey pants back then. 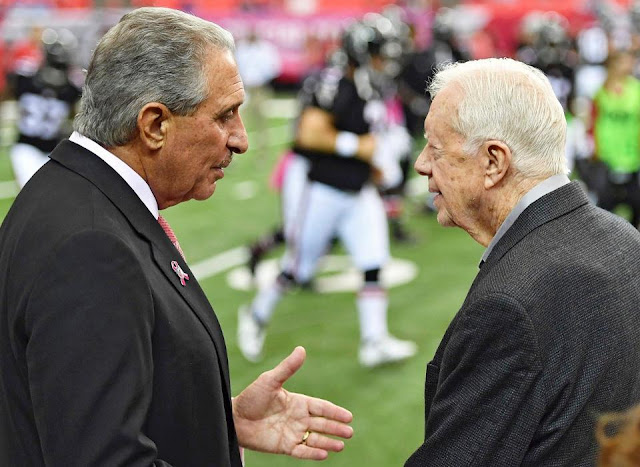 Jimmy Carter flipped the coin before the game.
Not much other football. Saw the end of Bama Texas A&M. Surprised that Auburn blew out a decent Arkansas team. 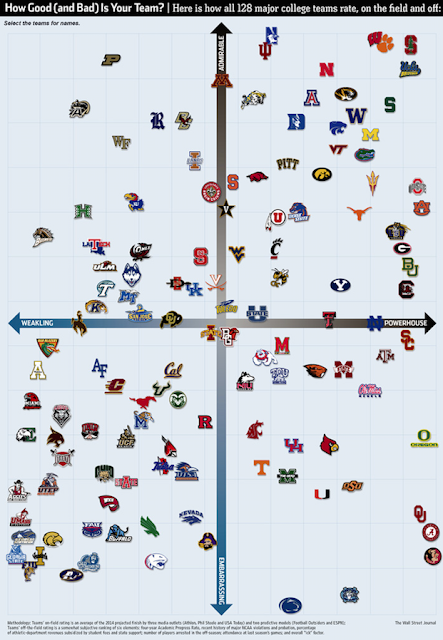 In 2014 the Wall Street Journal published a graph showing the success rates of college football teams, showing both on field success as well as success in the classroom. The chart was broken down into four quadrants.

Lower left was the worst place to be: poor academics and performance on the field. Teams in this quadrant, from “best” to worst: Iowa State, Cal, South Florida, Air Force, SMU, Wyoming, Rutgers, Appalachian State, UTEP.