This is pretty much my first chance to sit down since Friday night. Wednesday night Ceil and her friends arranged Christmas wreaths. 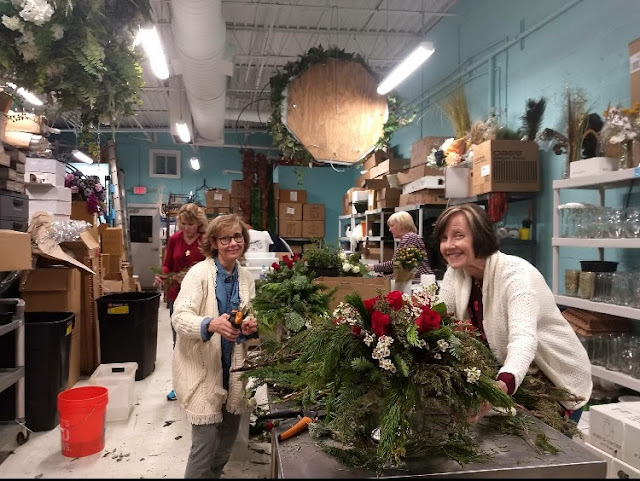 Worked past 6:30 on Friday. Got home and ate with C and Anna, who had driven over from Athens to work at made well in the Alpharetta Avalon. I plopped on the couch and played on my laptop. Ceil turned on a movie on ION or Hallmark. She had wanted to go see the new Mary Poppins but it was too late for me and Anna.
Saturday morning I cleaned upstairs and started a load of laundry. Ceil cooked me an eggy-boy sandwich. Drove over to test drive a SUV, an appointment I had set up despite winning the Corolla. Earned $50 for the test drive. The little Hyundai Kona was a nice car, the same price as a Civic but without lots of the bells and whistles. Stopped by three thrift stores and one Taco Bell before meeting Ceil at the AT&T store. Then I drove over to a les crowded AT&T store before heading home. Cleaned the kitchen and did more laundry. Anna was working and Ceil was wrapping presents.
W&MC drove up to spend Friday night at her parents in Cartersville. For Christmas the Gilberts went up to Chattanooga to eat and take in the light show at Lookout Mountain. 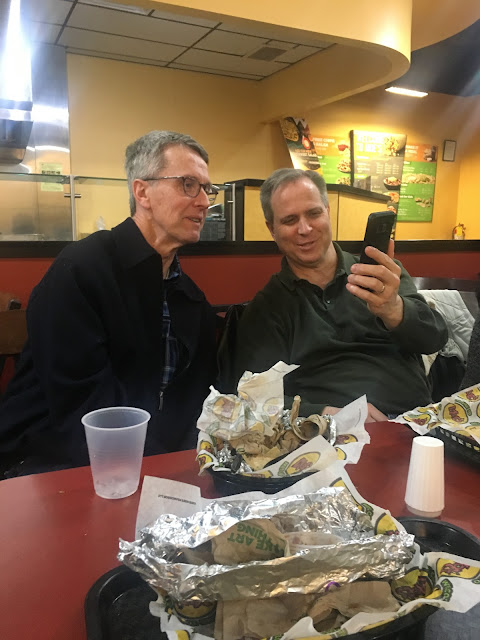 At 5:30 we met three other families at Moes. Usually we have a Christmas party together but instead just are together. We had 14 – eight adults plus six kids including Anna. We pushed several tables together and sat around and talked until after 8 pm. Us guys took selfies (above). Ceil dashed into Publix on the way home. My back has been hurting from all the activity. Didn’t learn until Saturday night that we were leaving straight from Macon to go to SC. Had I known I could’ve done a lot to get ready sooner.
Woke up Sunday morning are started getting ready for the trip to Macon. Made the bed and started packing. Went downstairs in gym shorts. Matthew had to go to work and Anna’s car was in the way. I went out in the cold to move M’s Jeep, so first I warmed it up and got all the frost off the windows. Then I saw the Jeep’s computer showed the gas tank was “one mile to empty.” I de-iced Ceil’s CRV so M could drive it to work while I risked driving the Jeep to the gas station on empty. Gassed up the Jeep then traded cars with M at Whole Foods, then gassed up the CRV. Then stopped by Kroger for aluminum foil.
Cleaned out the car and started packing. And packing. I had wanted to leave before ten, but didn’t pull out until 11:15. Heavy traffic, especially in Stockbridge, Barnesville, and Forsyth. Made it by 1:15, beating my brother and W&MC. Had ten for a meal of honey baked ham, mac & cheese, grilled vegetables, fresh fruit, raw vegetables, mashed potatoes, gravy, green beans, rolls, egg nog ice cream, apple pie, pumpkin pie, and key lime. 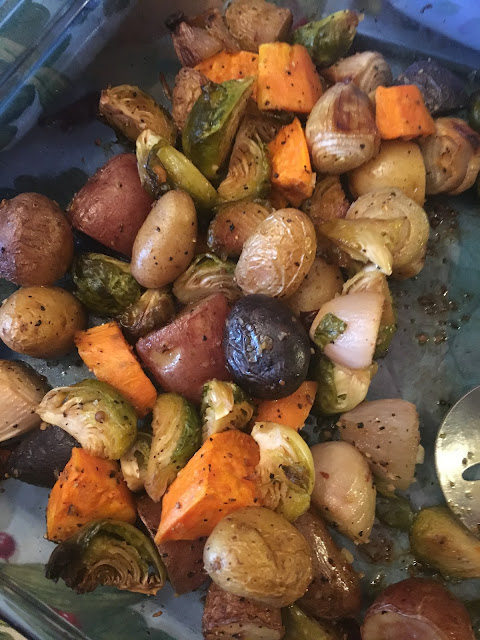 Left Macon around seven, topped off the tank, and drove straight to Jefferson. Took back roads through Monticello, Shady Dale, and Madison to I-20. Arrived before 11:45 pm. Was so tired I forgot to update my blog before bed.

Slept late, then was recruited to run errands: the bank, gas station, Taco Bell, and CVS. Lots of Mucinex choices (above). Anna and her cousins wrapped presents then met her aunt for a lunch. Ceil went to the grocery store. Joan and I ate a thin crust Pizza Hut supreme for lunch. W&MC and Matthew arrived at three. 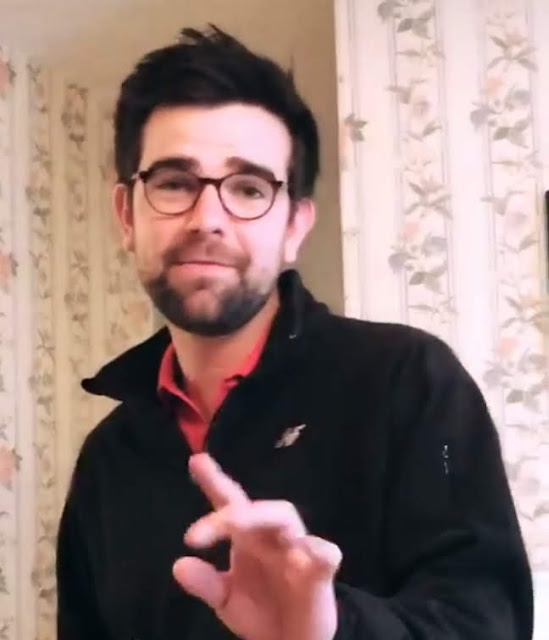