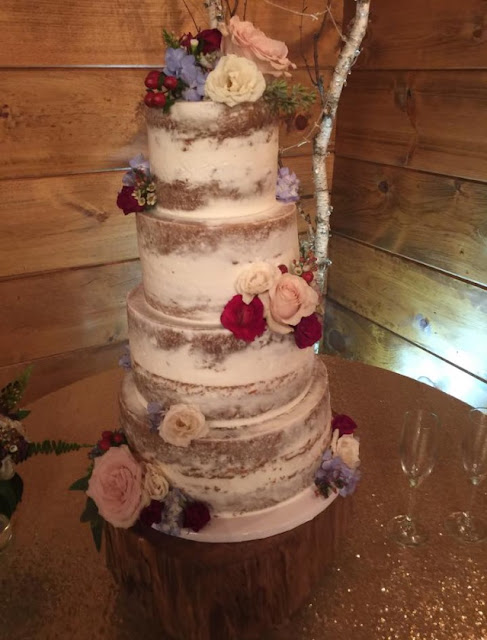 Photos from the reception, including the beautiful naked wedding cake above. The time passed so quickly, and was so much fun. After the ceremony and pictures and getting the car to ferry my parents and taking the car back, I felt like I was one of the last to arrive at the reception. Thank God it was just a few yards away. 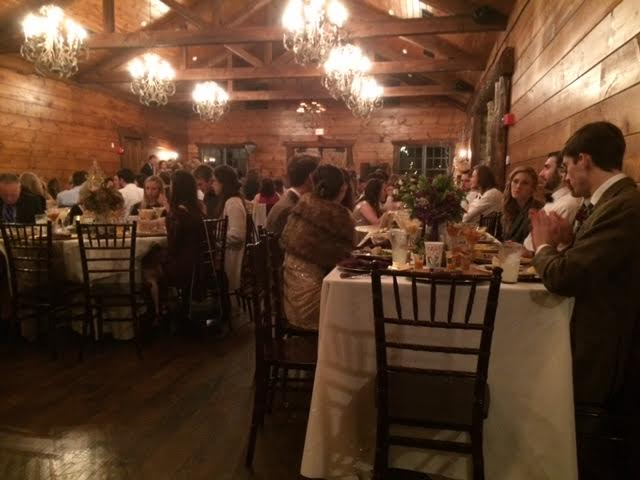 Both before and after the wedding party was introduced and made their entrance I circulated to talk to as many guests as possible - an almost impossible task. People helped by taking their seats at their assigned tables. The wedding party, parents, and grandparents were allowed to go through the buffet first. I helped my mother get her plate, circulated some more, and finally went through the line with David Hurt. 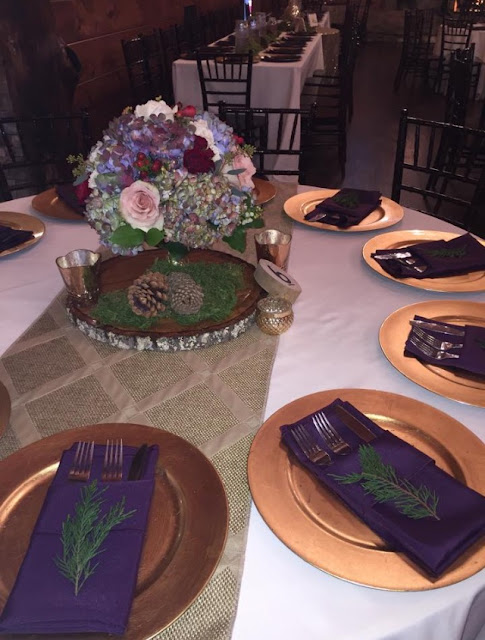 Hurt joked about taking the large decorative plate through the line. Denise Hanson believed him. 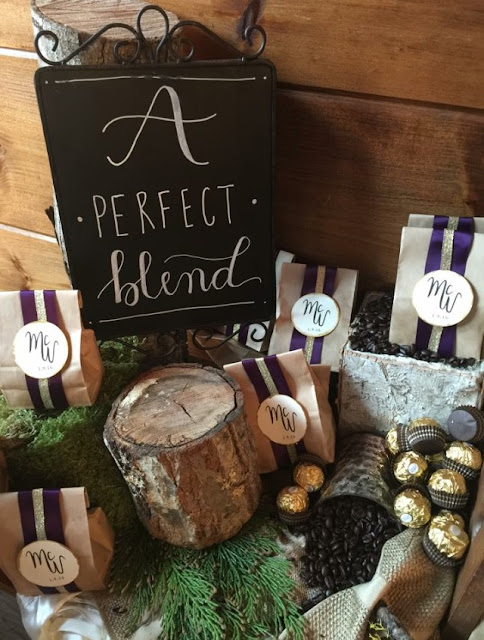 Maid of honor and sister of the bride Anna Gilbert gave a sweet toast. When she finished best man Joel quickly grabbed the nearest glass (of water) and rushed it to her. I handed Joel my glass of wine, which he gave to Anna. Then I gave Joel the next glass of wine given to me as well. 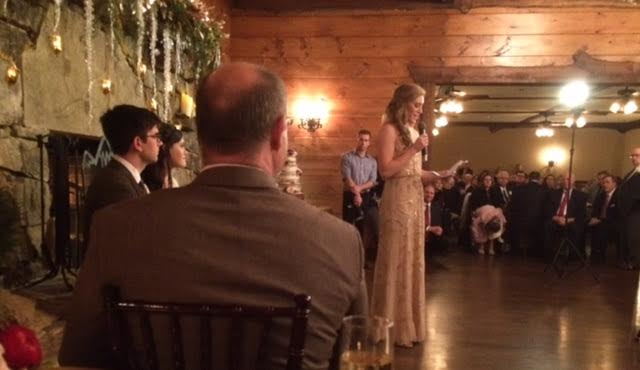 Joel then gave his hilarious toast, harkening back to his helpless existence before meeting Will (when he was five months old). At some point Will and MC cut the wedding cake, but I never got a piece. 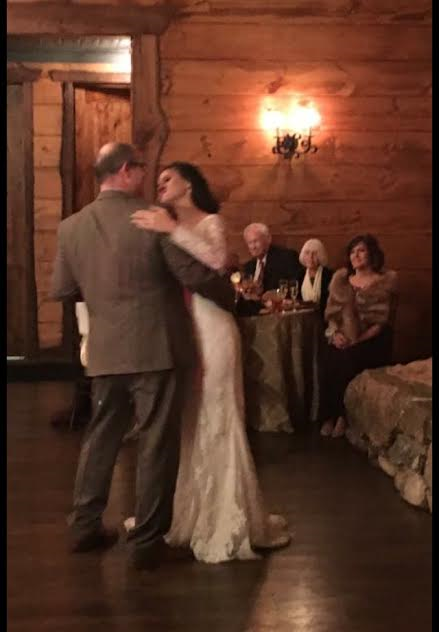 Tom dances with Mary-Clayton while lennie, Corrine, and Regina look on. 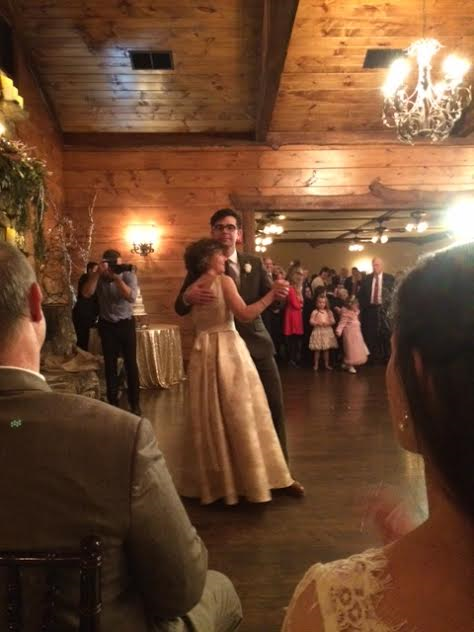 Then Will and Ceil danced, while Tom and Mary-Clayton watched. After the married couples danced, the floor was opened for everyone. This gave most of us older people more time to talk, though it was hard to hear over the music. 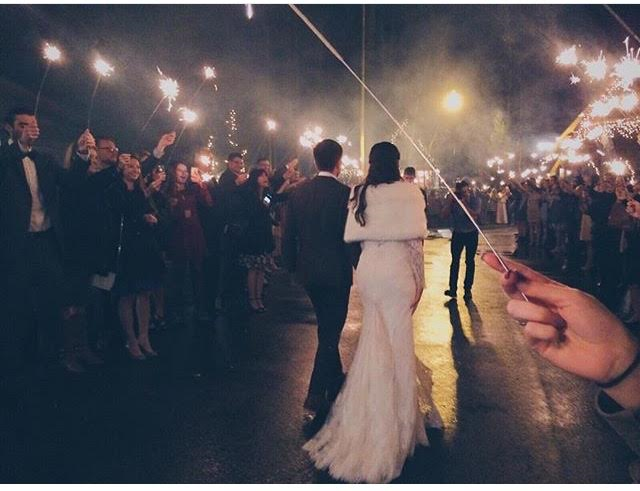 Finally we made our way outside to line the street. So many people had stayed, but the time had seemed to pass so quickly. Sparklers were lit. Eventually Mary-Clayton and will came out, not exactly sure where they were headed. As they neared the getaway car they hugged us parents one last time, then roared off. 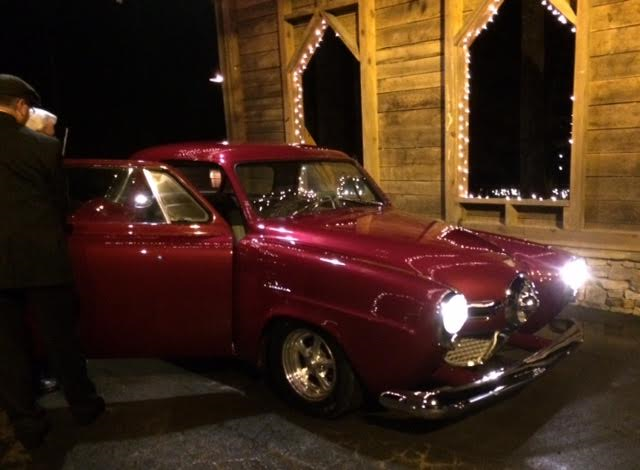