Kickers in the Hall? In the same way the game has changed over the years for NFL quarterbacks (higher, more efficient stats) and running backs (fewer carries and yards), so has the kicking game evolved. Kickers have become so accurate that the rules are being changed to make things harder for them. The Pro Football Hall of Fame has nominated five kickers and one punter for induction this year: Morten Andersen, Gary Anderson, John Carney, Jason Elam, Nick Lowrey, and Sean Landeta. All six are worthy, at least compared to the lone full-time kicker and punter currently enshrined, though at best only one specialist will be fortunate enough to be elected in any year.

All five kickers are statistically superior to both Jan Stenerud, who stood out in the first wave of soccer-style kickers changing the game in the mid-1960’s, as well as ageless kicker/quarterback George Blanda (below), who was the first in NFL history to surpass the two thousand point barrier. Blanda’s record of 26 seasons played still stands. Stenerud was so good he was once sent in to attempt a one hundred yard field goal. Yet almost four decades later kickers are all the more accurate, even from distances greater than 50 yards.

Morten Andersen elevated the kicking game even further and retired as the all-time leading scorer in NFL history, as well as the all-time leading scorer for both the Saints and Falcons. Gary Anderson battled Morten for the league scoring mark, making every field goal he attempted during the 1998 regular season. John Carney set marks for accuracy. Elam piled up great numbers and tied Tom Dempsey’s record 63 yard field goal. Lowrey’s marks fall short of his four fellow nominees but exceed those of fellow Chief Stenerud.

My guess? If anyone gets in this year it will be Morten, though the fact he spent his career in New Orleans and Atlanta works against him. In fact only Landeta spent most of his career on a major market. Landeta’s punting stats overshadow the great Ray Guy. The former Jet and Giant averaged almost a full yard more than Guy, even though Landeta’s career was 50% longer than Guy’s. In comparison, the great Sammy Baugh’s career punting average is almost two yards greater than Landeta.

Amazing but true: according to this article Jason Hanson's long run in Detroit was made possible by the Dallas/Minnesota Herschel Walker trade. 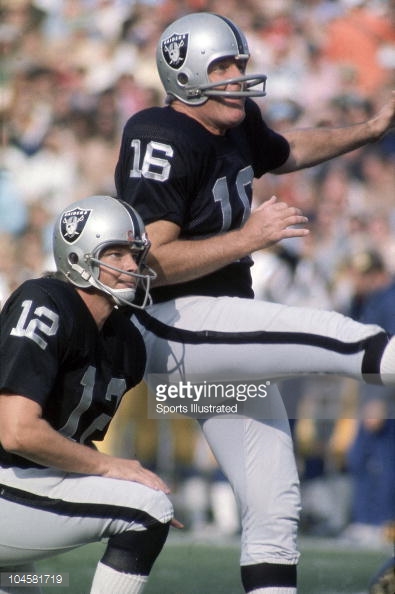