Drive Thru the Country 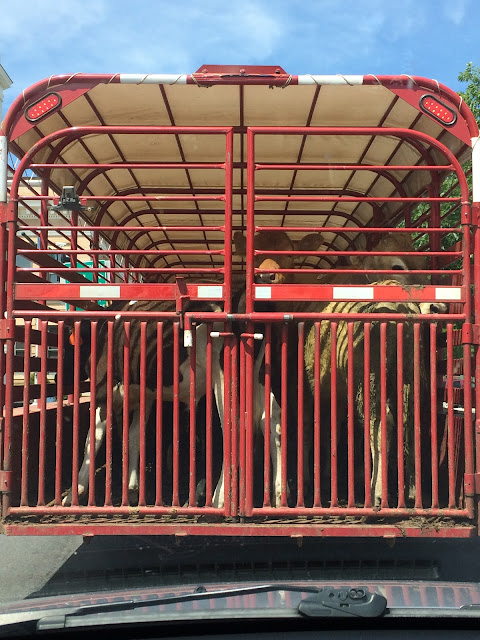 Had an on-the-go 24 hours. Worked to 7:15 Tuesday evening, knocking out projects I knew didn’t need to wait until I could get to it later. Drove through Wendy’s for a chicken sandwich and loaded fries. Then gassed up at RaceTrac for $2.089, the cheapest gas I would see on my trip.
285 south was slow, but then two lanes were blocked between 20 and 675. I took 20 west downtown, then 75 south. Made it to Macon by 9:30.
Had to be at the hospital at 6:15 but we wanted to be at the front of the line. Two were already seated at check-in but they waved us back first. My dad’s plan worked: his was the first procedure of the day. Everything went as planned and he was back in his room by 8:15. Then he had to lay flat for two hours. During that time my mom and I shuttled back and forth from his room and the waiting room. I kept up on work emails and cleaned out my other email folders. Had time to unsubscribe from a couple dozen junk emails.
At 11:10 they started the discharge procedure, and we were headed home by 11:30 or so. Stopped by the pharmacy, then home. Later we drove over to the dealership to get a warning light checked out.
Since we were done so quick it meant I’d be hitting the full brunt of the Atlanta rush hour. I needed to drop some things off in Athens for Anna that couldn’t be mailed, so I headed that way instead. A beautiful day for a drive in the country, taking a route I’m not sure I’d taken before: up 23 past the power plant, then 83 through Monticello and Shady Dale to Madison.
In the Monticello town square I got behind a trailer loaded with cows (above). It was all two lane to Madison, so I didn’t have a chance to pass. All sorts of bad stuff was running out of the trailer. I tried to stay back but the front of my car got filthy. Interesting watching the cows shift and lean the whole way. They were quite uncomfortable. Pulled off in Madison at Taco Bell and Goodwill, then drove through scenic downtown. As a kid I remember passing the Dairy Queen on the north end of town. Now it’s a used car dealership.
On the way I made several calls for work, arranging a hot shipment and taking care of a few other items. Also listened to my book on CD, written by the “Blind Side” family. As I approached Athens I worked out when to meet Anna, then saw on my phone that Will has in Athens as well. Not knowing his schedule, I snuck in the back way to the coffee shop parking lot. The place was full of quiet students, all studying. Surprised Will and Anna. Spent about 15 minutes with Will before he went to see Harry. Anna and I drove her fridge over to her friend’s apartment. Then we loaded my car with stuff she was taking home. 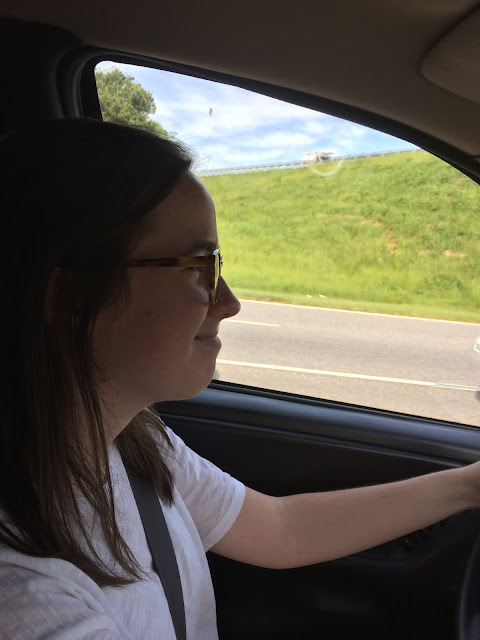 Wherever we went Anna pointed out people she knew, telling me who lived where. We went by the house she’s living in next year, a nice house on Milledge a block from the bustling Five Points intersection. Little did I know when I arrived in Athens for the state science fair in the spring of 1974 that I’d be passing the house my daughter would be living in. Now 43 years later the house looks to good shape, though my picture didn’t give it justice: 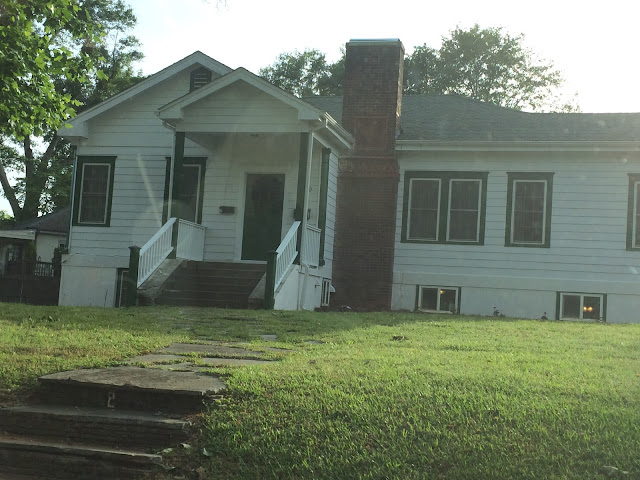 We ate at Taqueria since she didn’t like downtown. She knew the girls ahead of us in line, as well as the group behind of: a gaggle of her sorority sisters, including roommate Emily. The waiter knew her, asking why she wasn’t over with her friends. After dinner I headed home, skipping two thrift stores. Made it by 8:30. Ceil was watching Hope Floats, so I went to bed.
In a week or two the Braves will wear "Los Bravos" jerseys. Some say this doesn't translate to what you'd think it does. 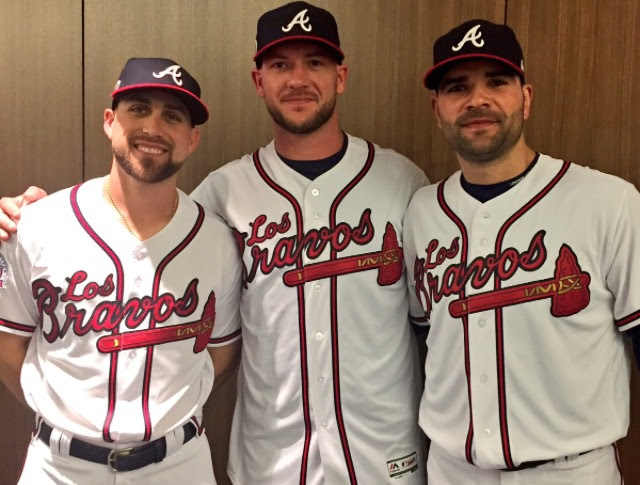