My first game out at Gwinnett this year. Good thing I checked the game time or I would've been late. Traffic all the way. Including a relatively quick stop at McDonalds, it took an hour fifteen to traverse the 40 miles. 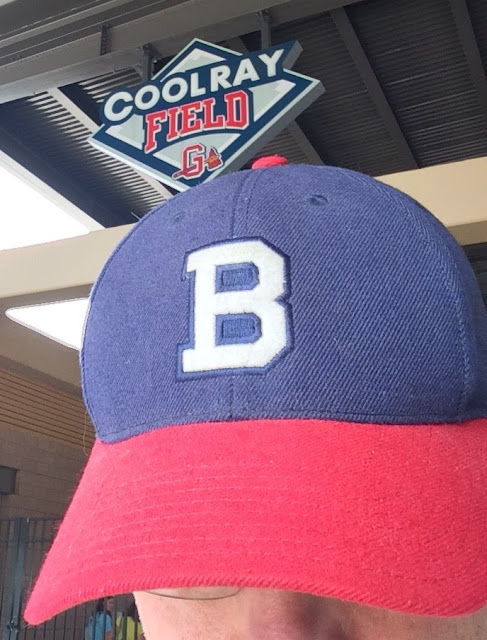 As we waited for the gates to open we could see the Star Wars characters coming out to meet the fans. No truth to the rumor that Princess Leia was jailed for showing too much leg. Posted that jem on social media but no one laughed. 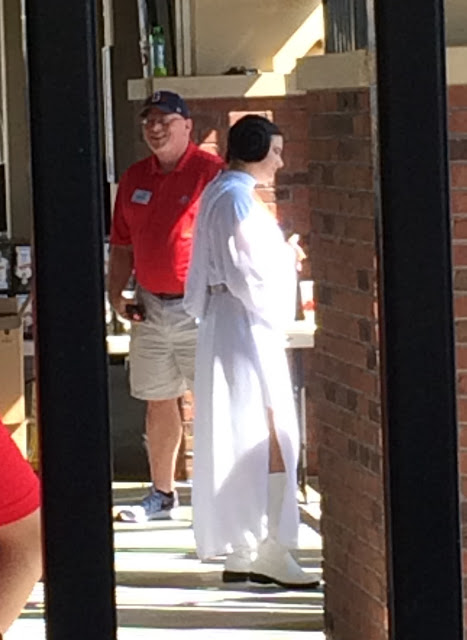 Yucking it up with Chewbacca. Not the most natural-acting Wookie I have encountered. He looked more comfortable with me than he did with the kids. His voice emanated from a speaker on his belt. Grade: C 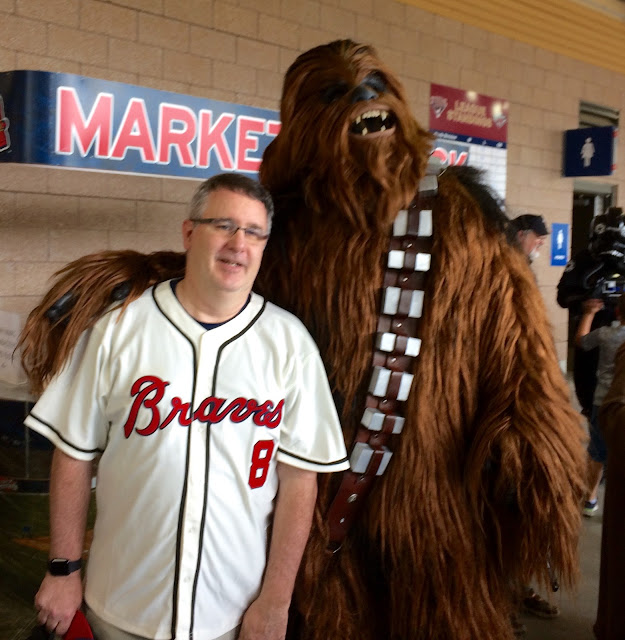 Broke out the Uecker jersey for the occasion.
Not exactly slimming, but last week's 1969 jersey is bigger. 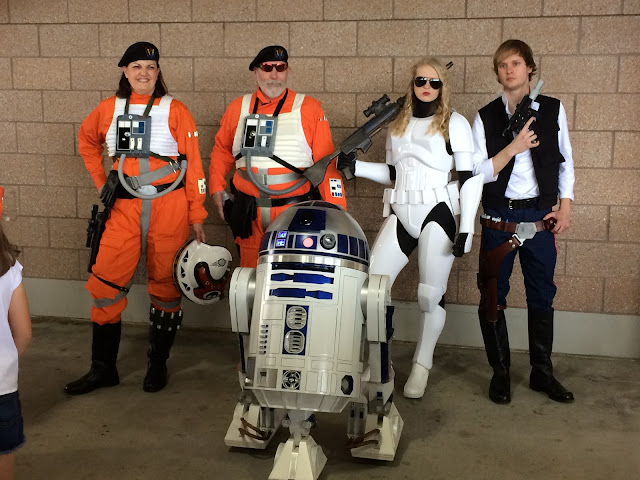 The dirty stormtrooper (below right). Took this picture to show off the girls' high heels. Not exactly standard issue. 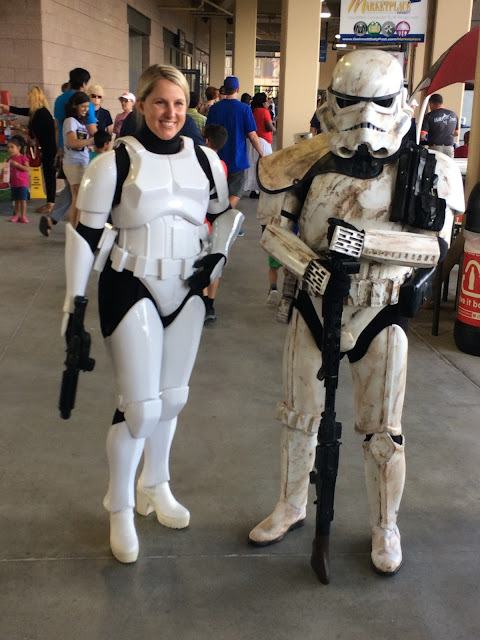 Also broke out the KD7's. Note realistic background below. 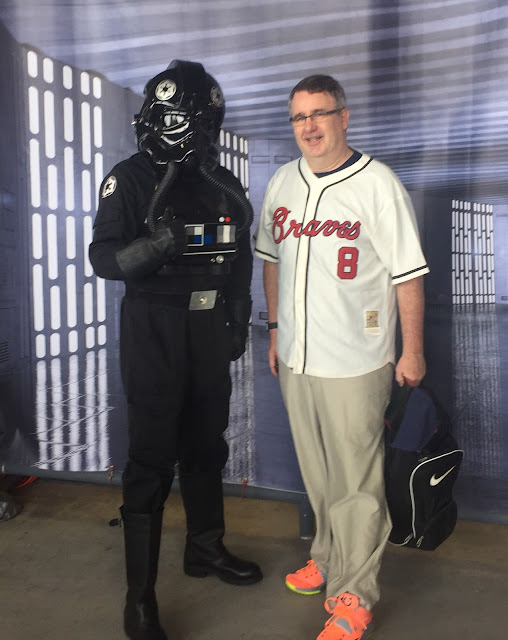 Had to take this picture below after Norman's photo last week. 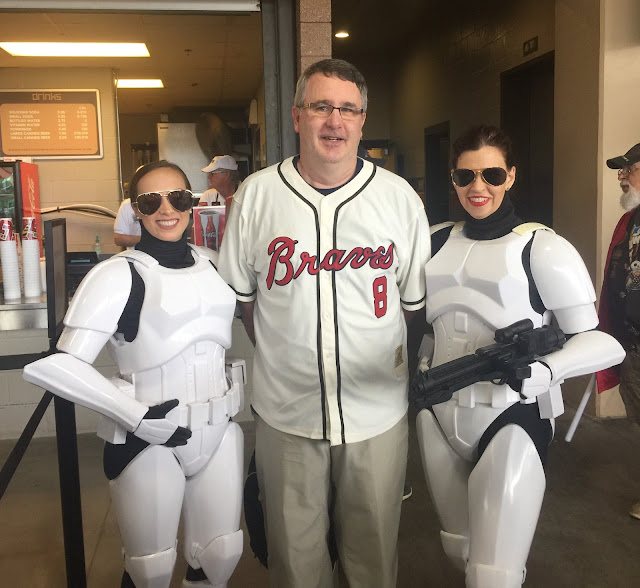 The seating bowl was sold out so I sat out on the berm. Was fun to see the kids playing, but you felt removed from the action. Had to turn around to see the scoreboard. Great view of the swimming pool behind us, though. 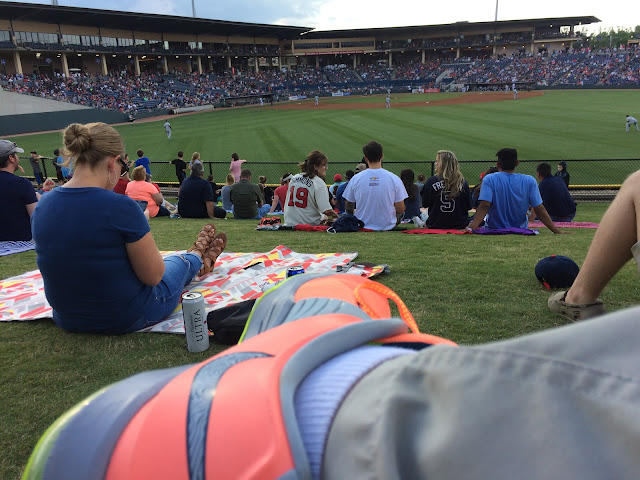 This group of kids below acted out all seven Star Wars sagas. 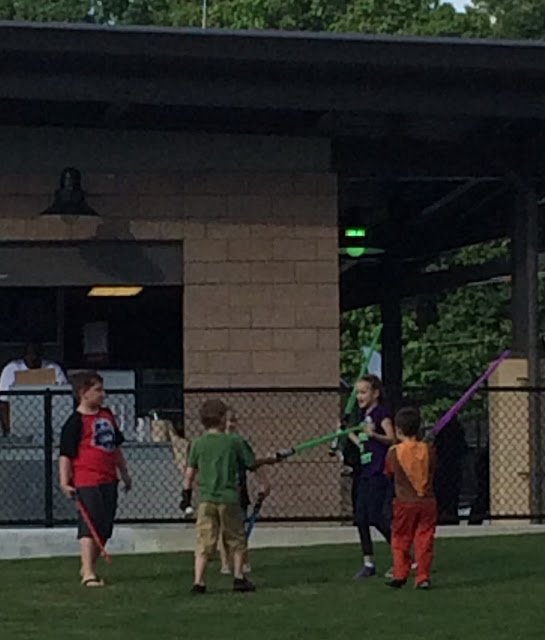 Guess I need to get me a Star Wars shirt. 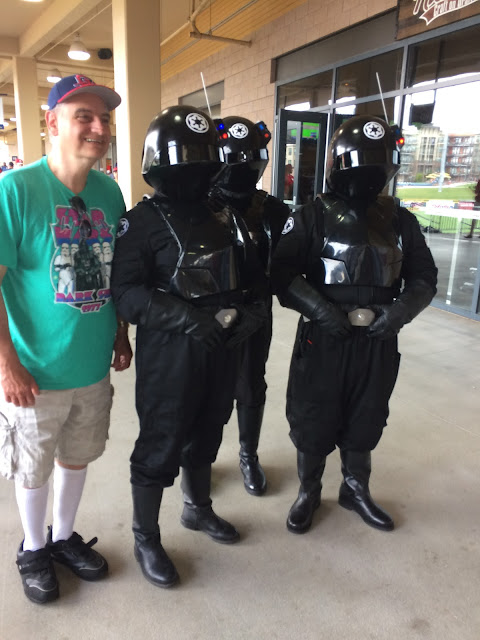 More pictures tomorrow.
But on the way home I was greeted with good news (below). 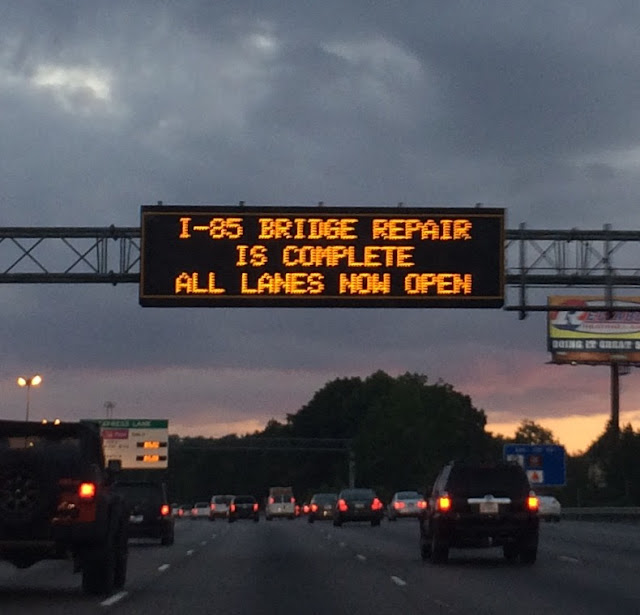