Friday the Gwinnett Braves changed their name to the Gwinnett Stripers.
I wholeheartedly approve of the change for several reasons.
The Braves are about the only team in baseball with their minor league teams with the same name as the parent club. While it saves a little money on uniforms, it certainly lacks creativity and imagination. 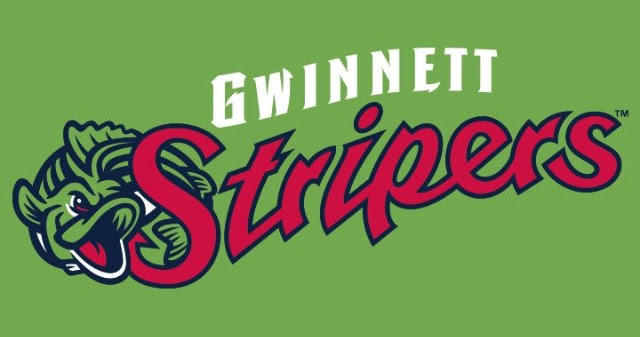 The Stripers introduced four new uniforms. Home and road unis are pinstriped.  I like the green alternate jersey, as well as the throwback uniform - which hearkens back to the days of Hank Aaron. 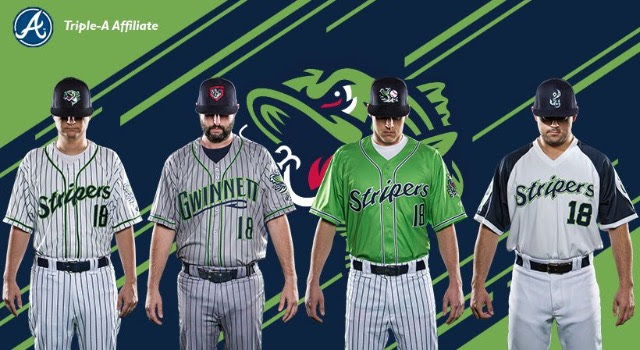 As you can see above there are four caps. Not sure if they will be mixed and matched. Doesn't look like any one cap matches up with a particular uniform. My favorite may be the main logo below.
I like dark caps, but down the road I expect to see a green cap,
as well as special ticket caps in other colors. 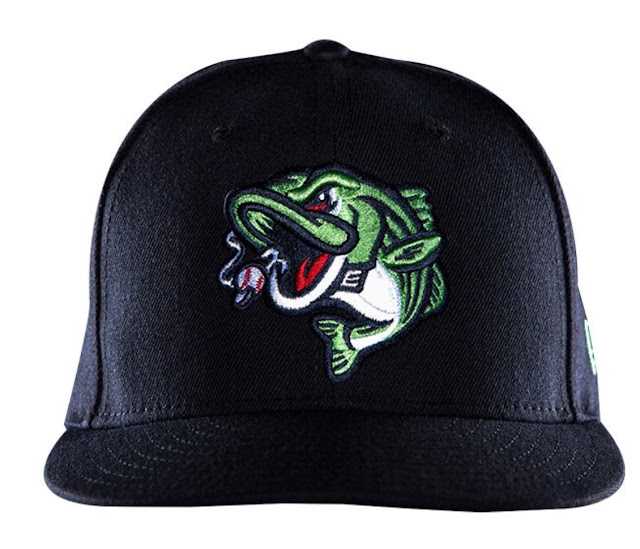 While there may not be anything extraordinary about the new name or the new unis, I'm not going to complain. Many did. What were they expecting? The changes will take some getting used to. The team hopes to increase attendance and spur interest. Both are needed to keep the team in town. Few teams are green, so that's a plus. 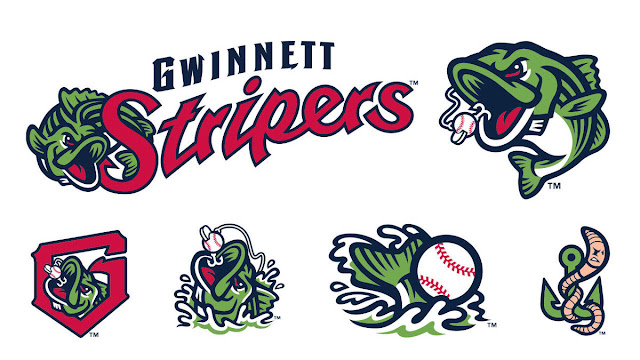 One of the uniform models at Friday's press conference was Hall of Famer Phil Neikro (far right, below). Phil donned the throwback jersey.
Minor leaguers usually wear their socks pulled high, so the green striped hose are a welcome sight. Perhaps the parent club can take the hint. 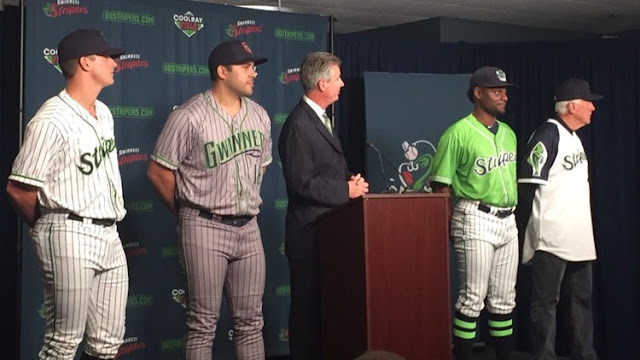 Here's the best close up of the throwback jersey,
which features a fish in the place of Aaron's feather. Capital idea. 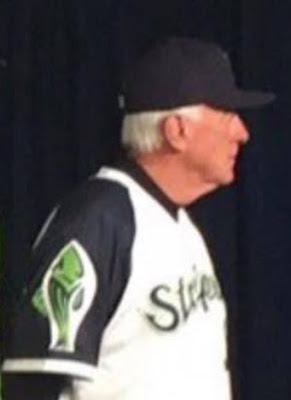 Gwinnett isn't the only team with a new name.
My hometown recently introduced a new college summer team: the Macon Bacon. Surely the mascot will be a pig. While I dislike the main cap with the typically busy logo, I wouldn't mind getting my hands on this cool alternate cap below (size 7-3/4 or XL). 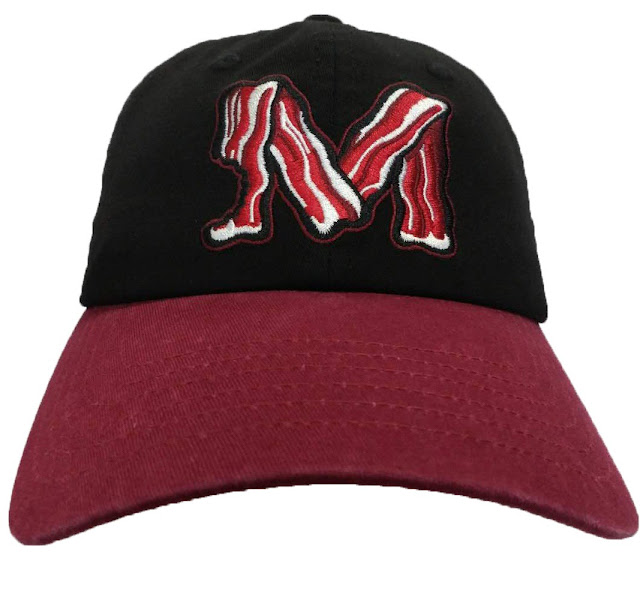 Luther Williams Field is the second-oldest minor league ballpark in the country.  The wonderful old yard is currently undergoing upgrades and renovations to get ready for the 2018 season,
including additional seating areas down the baselines.
Hopefully the original character of the park will remain intact. 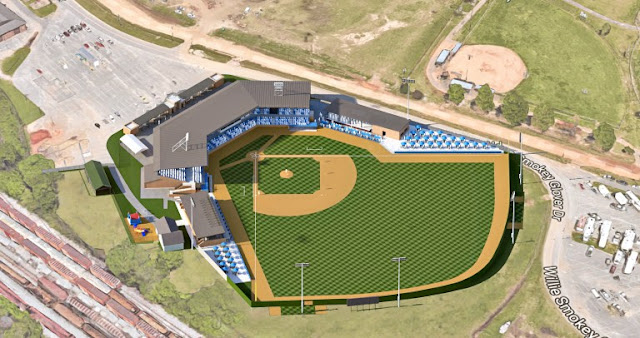 Luther Williams was used in the filming of several movies,
including Bingo Long, 42, and Trouble With the Curve.
Part of the character of the park are the trains that seem to be in constant motion beyond the right field fence. 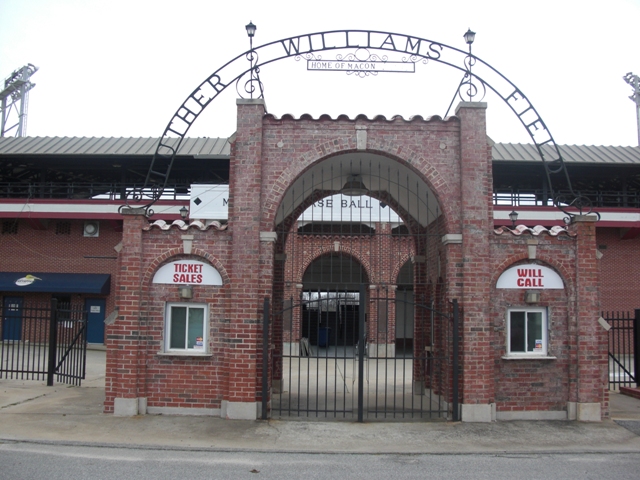