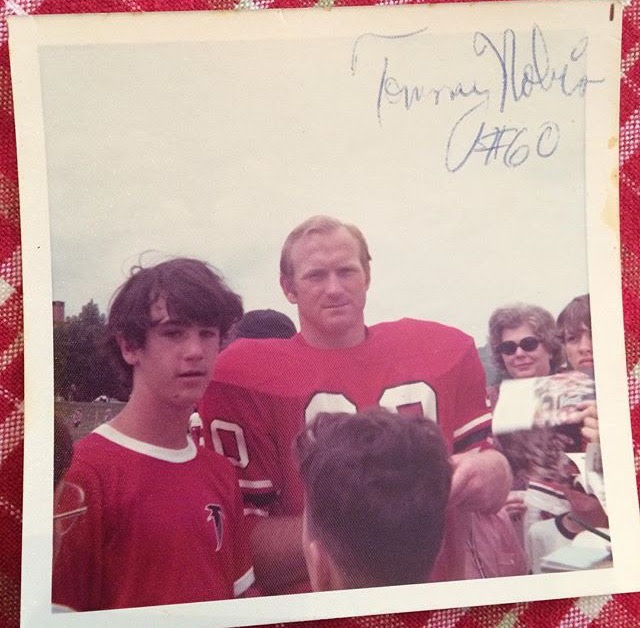 Tommy Nobis passed away this morning. He was 74 years old. I had no real connection with Nobis. Had my picture taken with him back in the early 70’s. Met him at the one “Buckhead 50” meeting I attended a few years ago with Lang’s dad. Even then there were whispers that he needed help doing things. 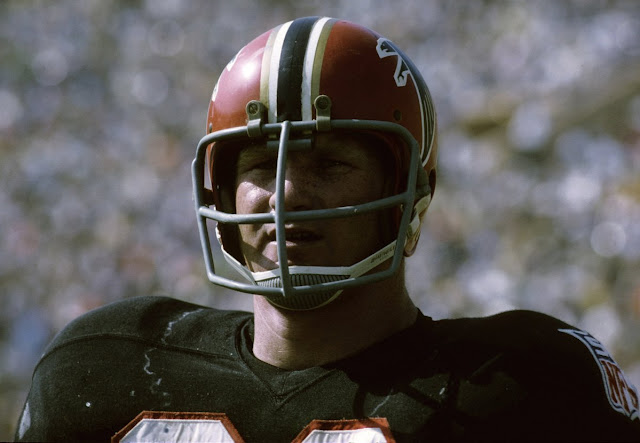 MLB HOF: I had figured Morris might get in. I’ve added the SABR mock ballot below if you want to email in your vote. I cast mine today, voting for seven players. Interesting that with Joe Morgan’s letter to the voters, would that not imply that good guys should get extra credit? Kirby’s numbers are better than Murphy’s, right? Average, etc.

Last Thursday: worked until almost 6:50 last night. Lots to do. Drove home. M was home from Augusta. C had cooked Mexican rice, and had squashed some pinto beans. I combined mine. Also grilled chicken. I’m forgetting what was on TV – the ESPN College Football Awards for a little while, as well as the Psych movie.

Monday: typical day for me. Left work at six. Was going to get a haircut but I wasn’t sure if M had gotten his flat tire fixed. He had, all by himself, so that was good. He had also bought some groceries and cooked chili. Spicy but good.

C is a sucker for ESPN College GameDay so we watched the Herbie Awards, then some Hallmark Channel. At ten I watched an episode of MASH. I played on my laptop.

Barney had surgery yesterday. Seemed to be pretty involved, to remove several cysts. They shaved his entire rear hindquarters, then they stitched him up where the cysts had been removed. Also removed a tooth. Has to wear the cone of shame. Won’t be looking good for Christmas. Ceil is talking about making him a pair of pants.

Leftover spicy chili for supper. I didn’t have much – at 5:30 I had eaten a piece of Mellow Mushroom pizza. Also had a piece of pizza for lunch today. Then the Hallmark Channel. Anna is through with her classes. Yesterday she and her friends visited the Phipps Plaza Santa.

After the surgery Barney had been woozy, but by bedtime he hobbled upstairs and hopped on the bed. Later he wanted to get off the bed, so C took him downstairs to sleep.

This morning I was worn down from all that’s going on: Barney surgery, Ceil’s old computer died, we owe taxes, we need a new roof, etc. etc. etc. Two people are out at the processing plant (one sick and another had surgery – guess I shouldn’t complain). My orders are piling up – dozens are late. I need to ship 750,000 pounds – twenty truckloads in eight days. Would be nice if I could just enter an order and have it ship, even if it takes two weeks. Nope. Gotta babysit every one. A few orders are almost a month old. 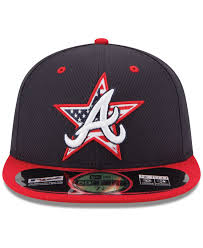 Looks like W&MC are going to try to go to the Rose Bowl. Her uncle lives out there. Tacking it on to their Seattle trip.

I’m not very tuned in to the whole podcast world yet. The podcast will be a good thing to have on C’s resume.

M had a flat tire, and he got it fixed all by himself. I told him to call me to discuss, but he didn’t. Depending on his circumstances I might’ve steered him to Tire Deals (he bought one tire at Firestone). M isn’t getting many hours at Whole Foods. Maybe he should apply at Tire Deals.

Yelish always kills the Braves. Fun reading all the back and forth on Twitter.