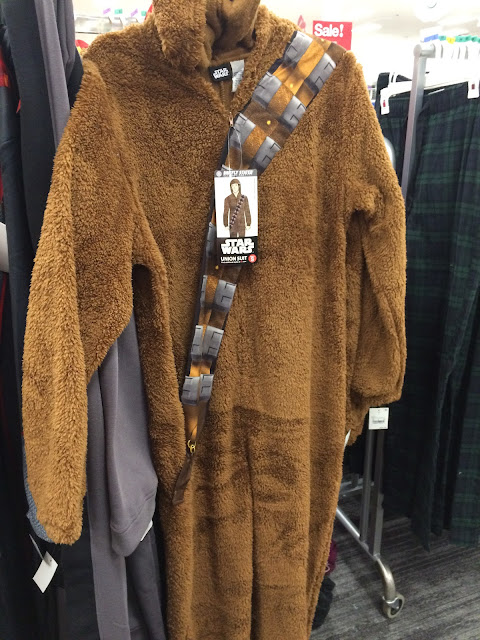 No matter how hard I try I never seem to be able to get out of the office before 6 pm. Stopped by Target and TJMaxx. Didn’t find a tacky Christmas t-shirt but did find a Star Wars Chewbacca jumpsuit. 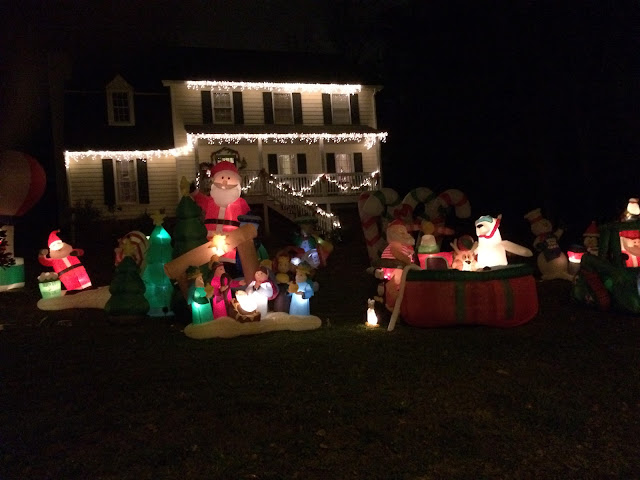 Arrived fashionably late to our Sunday School Christmas party – but everyone else had arrived on time and were finishing up their meal. Later on we played Two Fact One Lie, then sang Christmas carols and shared prayer requests.

After playing “Two Facts, One Lie” last night, I learned I need to be better prepared. Here are some amazing facts and lies:

Impersonated Elvis
Sang King Tut - on roller skates - in front of a thousand people.
Sang with Up With People (the national anthem).

Hit a golf ball on Turner Field.
Was once hit by a moving car.
Fell off a 40 foot ladder (from the second rung).

Was visited in the hospital by Bob “Gilligan” Denver.
In college I dressed like Gilligan every day for a week. No one noticed.
Was bitten by a poisonous snake.

Weighed 160 pounds as a high school senior.
Took me over 6 hours to get home during Snowmageddon.
Was stuck in an elevator for four hours.

Kicked a football in front of a sold-out crowd in the Georgia Dome.
Won a trip to LA for the debut of MC Hammer’s “Too Legit to Quit”
Selected as a contestant on The Price is Right game show.

Was knocked unconscious on the football field.
Thomas Jefferson is a distant ancestor.
At Tech I performed as Buzz, the costumed mascot.

I’ve watched the movie “You’ve Got Mail” over one hundred times.
Comic strip character Mark Trail was based on my Uncle John Wayt.
Made a half-court shot at a GT basketball game. Won a year’s supply of Coca-Cola, which was delivered to my apartment all at one time.

I have a list of every sporting event I’ve attended since 1977.
In the movie “Charlie’s Angels” the role of Charlie was voiced by Bill Murray.
While in the gallery of the BellSouth Classic, Paul Azinger fired his caddy and picked me out of the crowd to carry his bag the rest of the round.

Thomas Jefferson was the third President of the United States.
Columbus sailed the ocean blue in 1492.
While on midnight patrol in the Solomon Islands my PT Boat was split in half by a Japanese battleship.