UGA beat Auburn 28-7 to win the SEC Championship,
clinching a spot in the four team playoff. 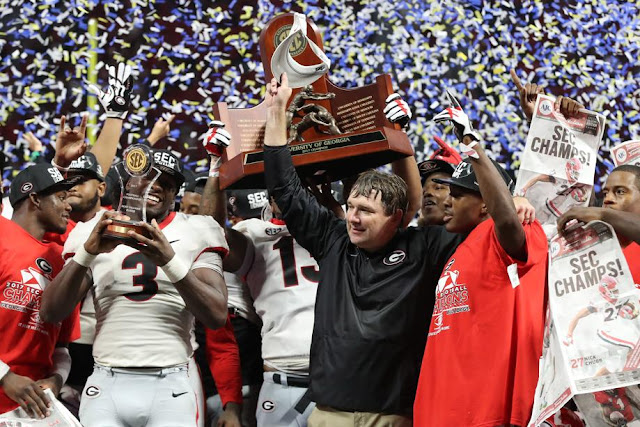 With Sony Michel sidelined with a knee injury,
freshman DAndre Swift put the game out of reach
with a 65 yard touchdown run. 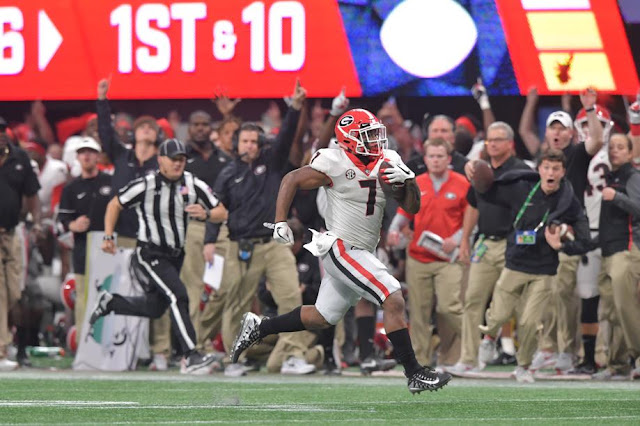 After Auburn scored a touchdown on their opening drive
the Dawg defense shut down Auburn's offense the rest of the way. 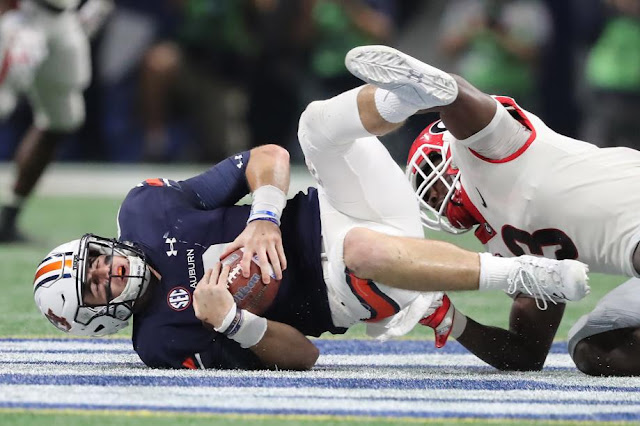 With an injured shoulder,
Auburn running back Kerryon Johnson was ineffective. 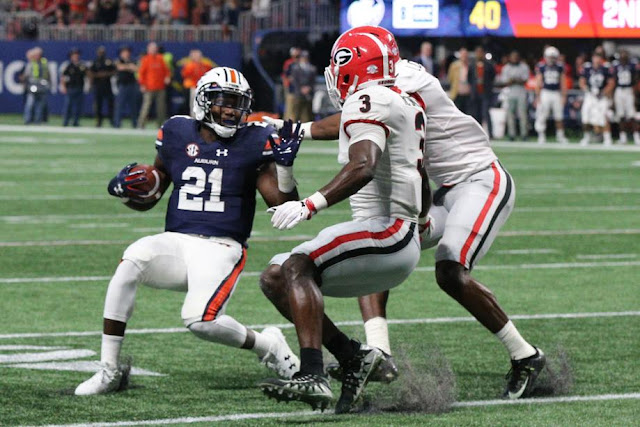 After the game the Mercedes Benz Stadium roof was lit up in UGA colors.
With a cloudless sky and full moon outside,
its too bad the roof wasn't open during the game. 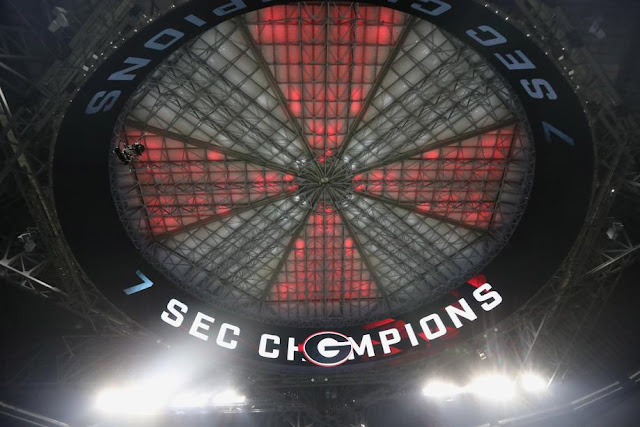 Earlier in the afternoon Oklahoma beat TCU for the Big12 championship.
The Sooners will face UGA in the Rose Bowl. 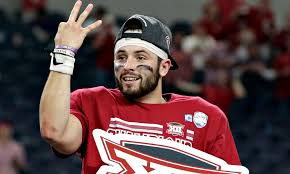 ...which means Will and Mary-Clayton will be living in a true house divided. 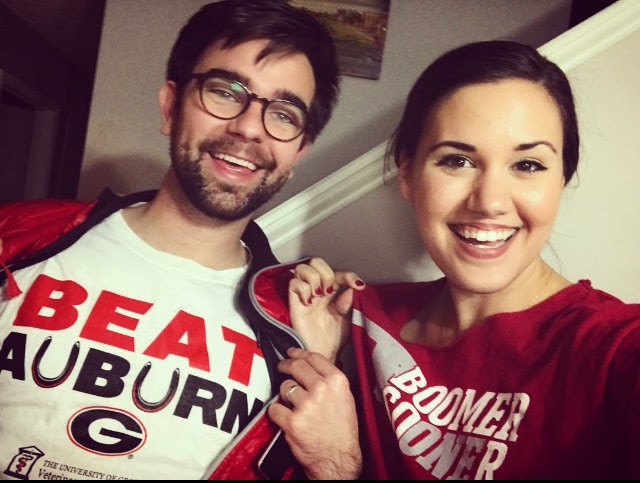 My vote: Ohio State beats out Bama for the fourth spot in the playoff.

Email ThisBlogThis!Share to TwitterShare to FacebookShare to Pinterest
Labels: Bulldogs, Mary-Clayton, Will