Let work at three and fought traffic to SunTrust.
Made it a little later than usual.
A decent early line at the Chop House Gate had already formed,
but LJ and I helped form a new line near the Terrapin tank. 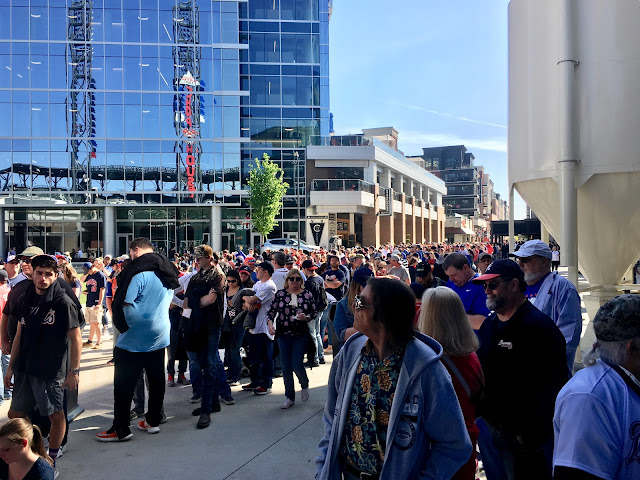 Gathered bobbles and a Designated Driver Coke Zero,
walked around and rested in the warm sunshine.
Wore my Reebok Furys. Excellent choice. 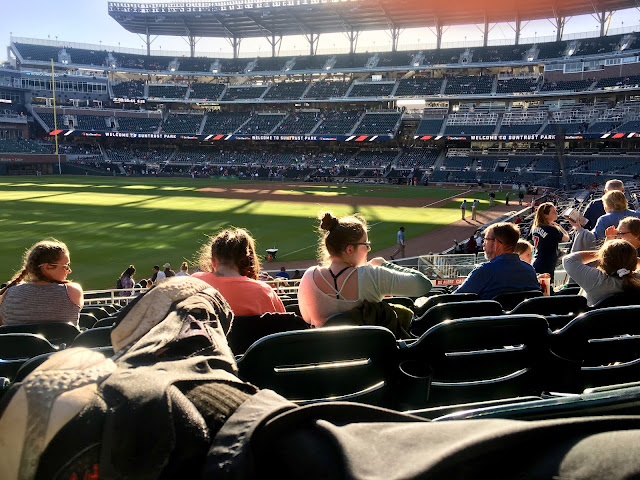 Walked around some more.
The Pin Man was posing for pictures, so I leapt at the chance.
Told him I'd seen him dancing with Blooper the previous night.
He asked that my Braves not beat up his Mets too bad. 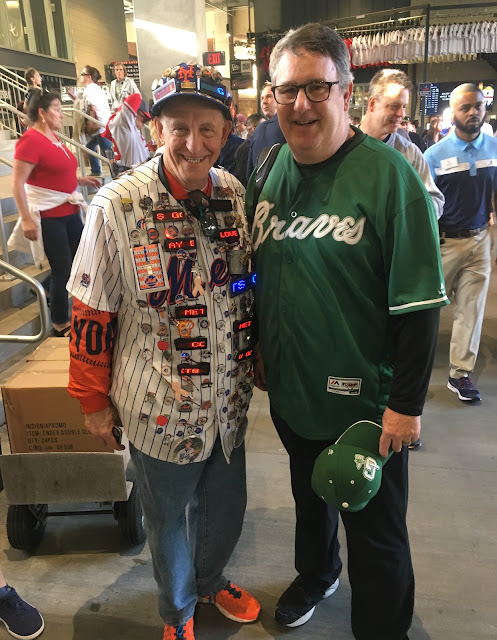 I received numerous compliments on my green Acuna jersey,
including from several Braves employees.
Before the game the Braves honored the 2018 Braves Hall of Fame inductees. First rode longtime announcer Joe Simpson. 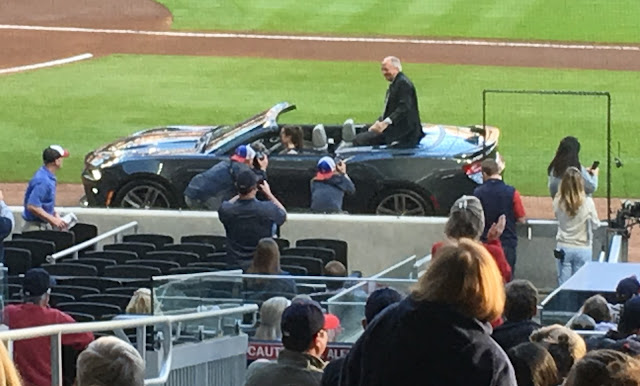 Lots of cheers for the slouching Tim Hudson. 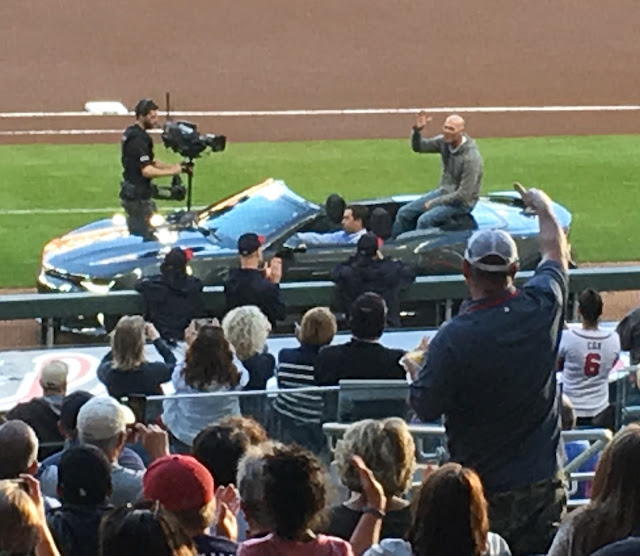 Lots going on in my usual "releivers to the bullpen" photo.
Dansby is tossing a ball into the stands. Tonight I noticed at least twice Swanson make long tosses not to the first row but 20 or 30 rows back.
I'll have to bring my glove.
To the right starter Newcomb and catcher Suzuki approach the dugout. 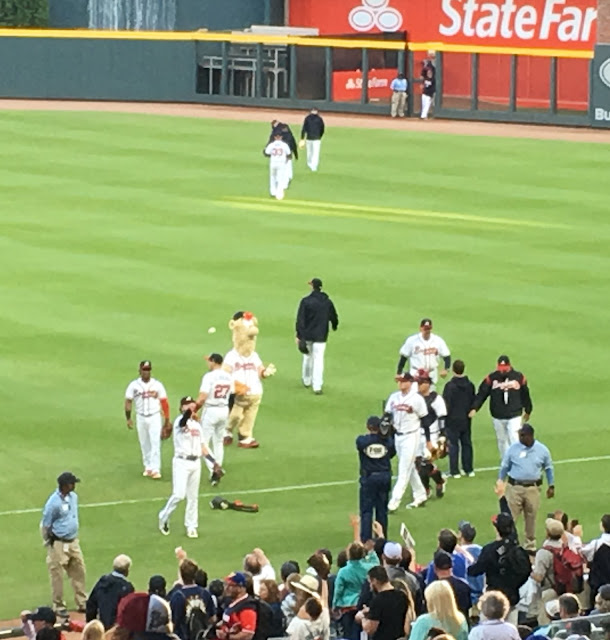 Proof that Blooper is lefthanded.
Last night I saw him retrieve a foul ball and toss it to a kid - left-handed.
He has the only left-handed jumbo mascot glove I've ever seen. Want. 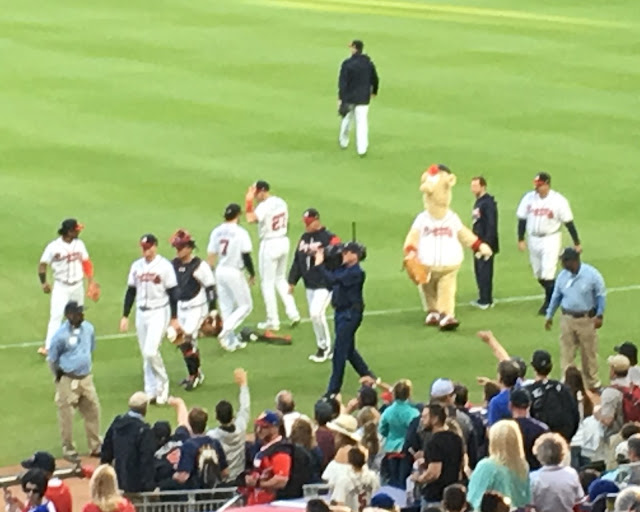 We hung out at the top of the stands for a long time,
first people watching, then watching the first few innings of the game. 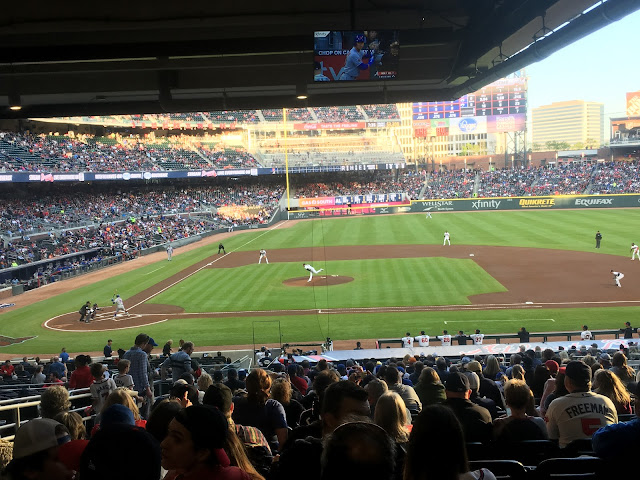 The Braves jumped out to an early lead thanks to an Ozzie Albies home run. But a leadoff hit by pitch - to a relief pitcher - turned into the eventual game-winning run for the Mets in extra innings. 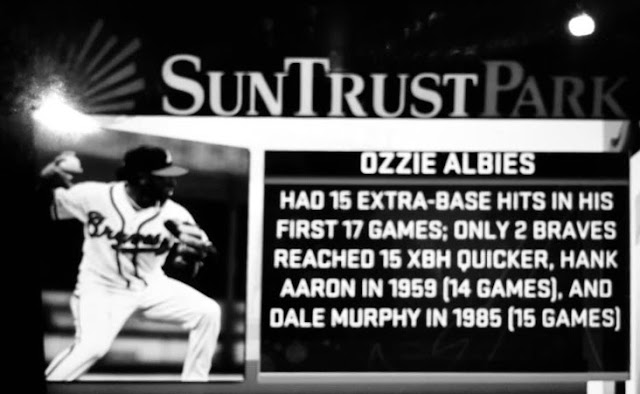 Tonight's prize. I collected two,
and had sold one by the time I'd gotten back to my car. 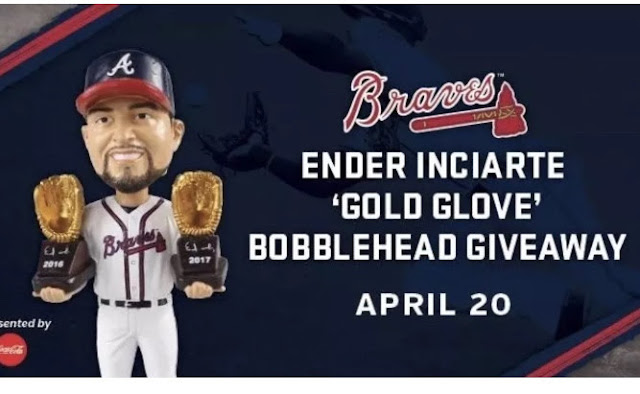 Brick of the day. 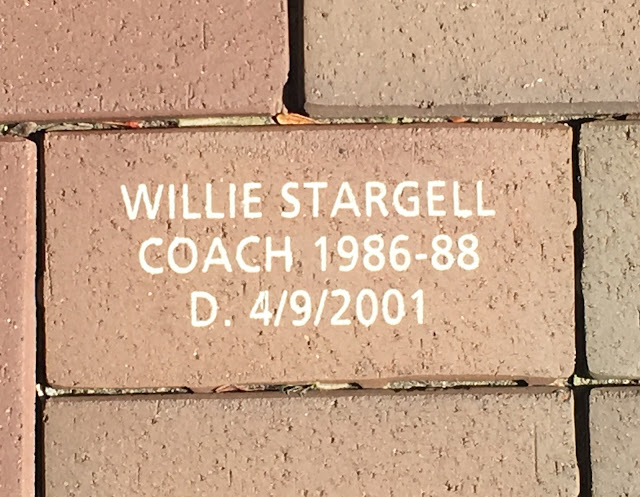 Noticed a new dedication on the Windy Ridge Parkway bridge. 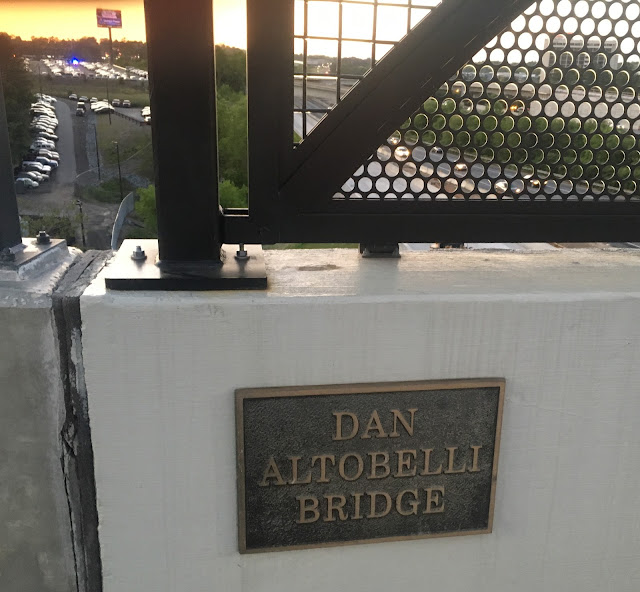