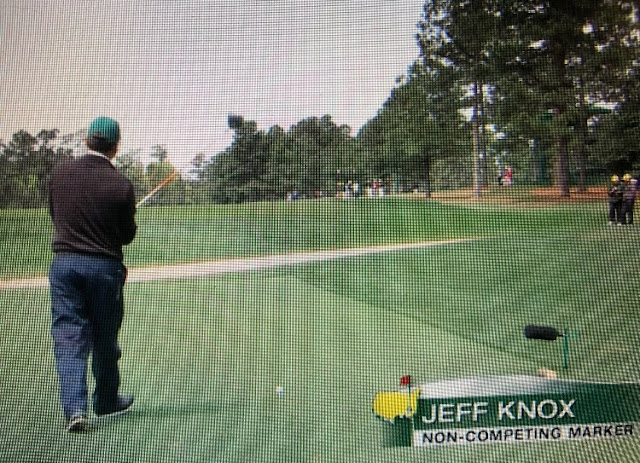 More on the incomparable Jeff Knox. Sunday he had another good day, shooting 76.

A story on what social media had to say about Knox this weekend. There’s even a Jeff Knox parody account on Twitter.

Another Knox story from pga.com. Perhaps I’ll rename my blog for him. Usually I don’t go all ga-ga for guys born with a silver spoon in their mouth, but at least Knox keeps it low-key. 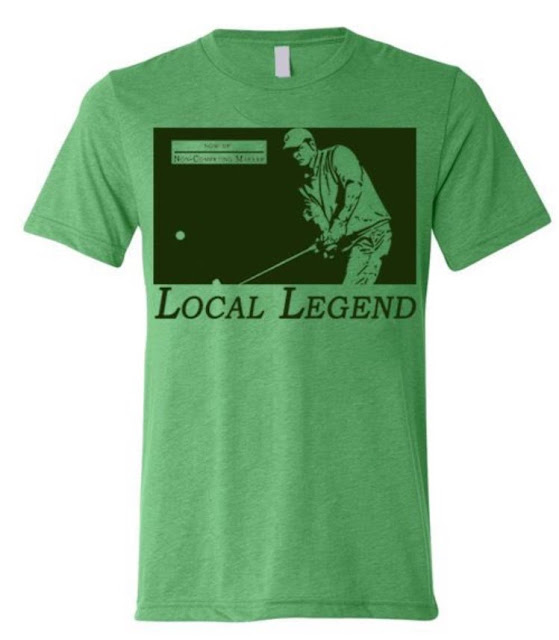 In post-round interviews Speith acknowledged that he had only recently gotten his game all together. Darn looking at the leaderboard all afternoon there were so many from my list, but I didn’t look to see exactly where they were. I knew I didn’t have Paul Casey, who had a great weekend thanks to the insider info gleaned from playing with marker extraordinaire Jeff Knox. An exciting tourney, though Ceil was pulling for anyone but Patrick Reid.

Busy weekend for me. Left work at 12:30 Friday and picked up a guy at Sugarloaf Mills. On the way to Rome we stopped to eat at Williamson Brothers BBQ. Everything was really good: the pulled pork, potato salad, the jumbo-sized onion rings, and especially the Brunswick stew. Made it to Rome nice and early and saw several bobblehead friends. Had nice seats on row two behind the plate. Left after the 7th inning stretch since I had to take the guy all the way back to Sugarloaf, making my drive two hours instead of one.

Saturday morning Ceil went to the Y. I got ready and drove to the office, arriving at noon after making some stops along the way. Cleaned out my files and did my taxes, Matthew’s taxes, and started Anna’s taxes. Not fun. Was after 6:30 went I left to go home. Crashed on the couch and vegged the rest of the evening, watching the Masters and the Hallmark Channel.

JFBC on Sunday, then home for the Masters. Also did some laundry. Then more Hallmark Channel.

After working long hours all last week at the Masters, Will drove to Atlanta this morning to start a three week stint at Piedmont Hospital.

Monday: Ceil picked me up from the office at 4 pm and we headed out to Athens. Arrived just in time. She’s an intern at her church, Grace Athens. The church had been started in Snellville and outgrew several buildings before deciding to plant churches in other locations. The pastor and another older man had been discipling several young men. These guys became pastors of the church plants. Other locations include downtown Atlanta, East Cobb, Snellville, Lawrenceville, Monroe, and Washington DC. The Athens location is five years old. Attendance has grown from 200 in 2016 to over 360 this year.

Dinner was BBQ, boneless chicken breast, corn on the cobb, macaroni and cheese, and kale salad. All very good. Several parents of interns attended. One of the fathers at my table was the guy I had almost spilt my Coke on at my Gainesville meeting last month. A lady at our table had been at Tech when I was there. Her husband recently retired from Coke. They lived off Lindbergh on Springdale and attended Passion City Church.

Didn’t get home until 11 pm. Will and Matthew were already asleep. 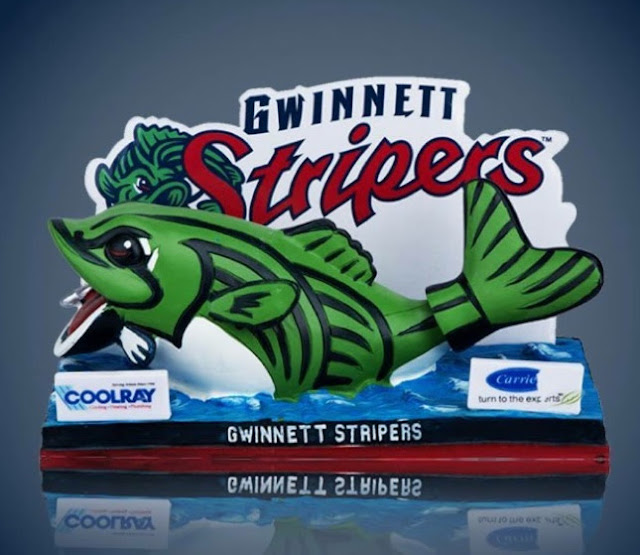 I have made up my mind to be as positive as possible. Saturday night someone posted the first photo of what this Saturday night’s Gwinnett “fishtail” bobble looks like. Instead of just the tail of a fish, the free bobble is an entire fish, with a tail that bobbles. Much better than I had imagined. Usually what happens is if the bobble isn’t the greatest bobblehead ever made, someone will complain about how it looks – and then everyone will pile on and run it down even more (that’s pretty much what happens about everything with social media).

So I was the first to comment on the fishtail bobble. I said “Can’t wait. Since most all bobbleheads are similar in nature, it’s finally nice to see something unique for a change.” That got everyone posting favorable things. Only one person “wasn’t sure if they liked it yet” but no one went over to his side with it.

I don’t like to complain. Social media has become the dumping ground for so many. I guess they’re the same way in real life. Doesn’t get you a lot of friends. At least friends worth having. Many complain about the Braves mascot – who is for children, not adults. Don’t like the mascot’s name, which is the same name of Danville’s mascot. 99% of all Braves fans don’t even know Danville is a minor league team of the Braves. Some like Rome’s furry blue blob of a mascot. Why? Compare Romie to Blooper. Who’s a better mascot? It’s not even close. Some didn’t like how Rome gave out the bobbleheads. I saw several collectors who got all the bobbles they needed. Who didn’t? Me! Why not? It wasn’t the team’s fault. I personally went in and out and got four bobbles.

If St. Peter was handing out bobbleheads at the Pearly Gates there would be people who'd find something to complain about. 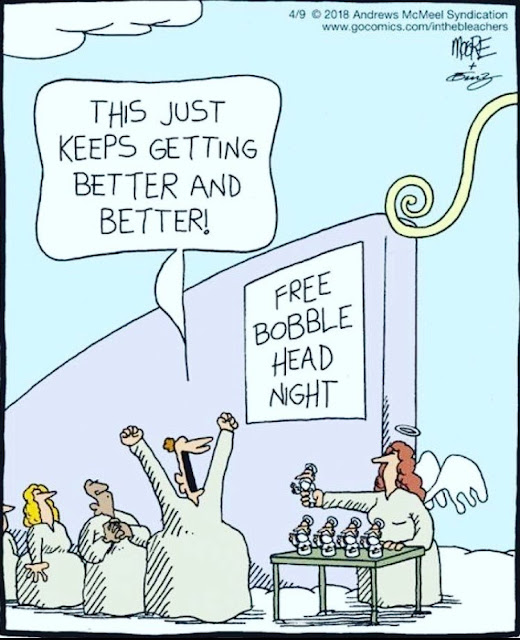