Left work Thursday just after four. Picked up Reid and Noelle at six
(they live a mile away). Not much traffic on the way to SunTrust.
Decided to eat inside the park instead of outside at The Battery.
Saw the Pin Man in Monument Grove.
Dude had pins and message lights on his jersey and cap. 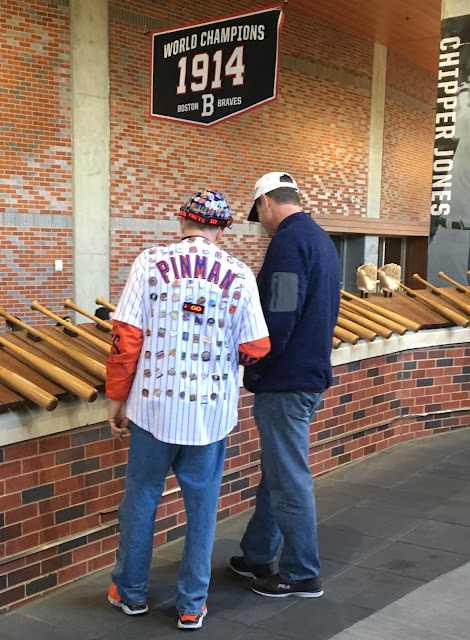 Went in and walked all the way around looking at options. Reid opted for a Holman & Fitch burger. Ceil & Noelle got BBQ and slaw. I opted for a cheeseburger and curly fries from the concession stand. I was surprised with my portions: two tasty grilled patties with cheese, lettuce, & tomato on a tasteless white bun. The curly fries were plentiful and tasty, but quickly got cold in the chilly weather. The BBQ portions were large as well. 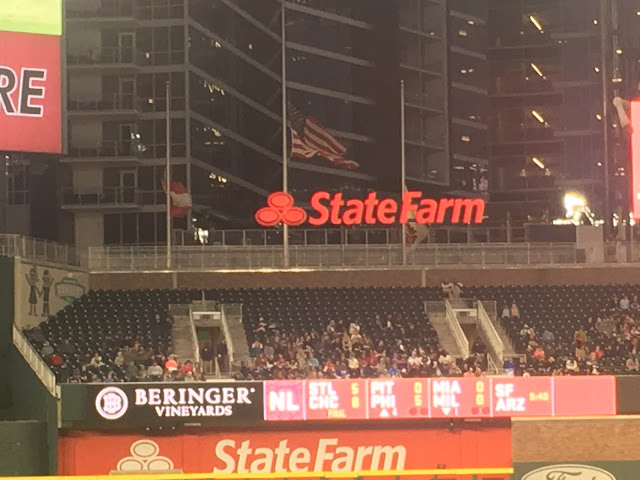 Flags were at half staff for Barbara Bush. Saw David Hall at the game. Also David Norman and his wife Beth. Good game. Freddie Freeman was back in the lineup, and the Braves jumped out to an early lead in the bottom of the first. Kurt Suzuki’s high fly kissed the foul pole for a two-run homer. The numerous Mets fans never had a chance to cheer. When a Met homer cut the score to 6-1 the Pin Man's "Let's Go Mets" cheer fell on deaf ears. 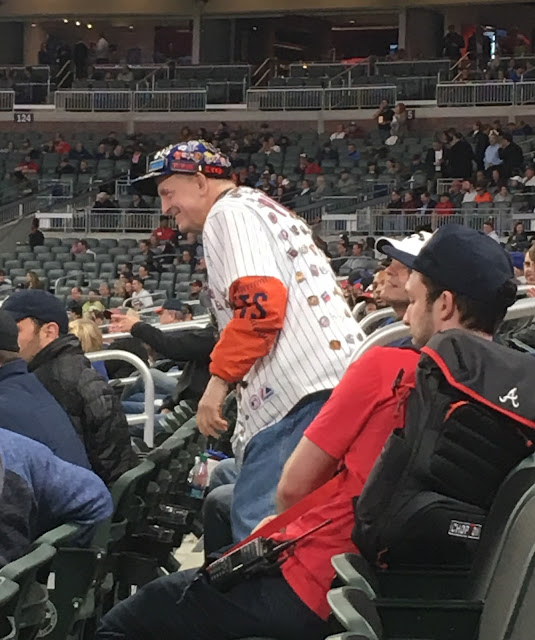 The game moved along quickly, but due to the chill the ladies were hinting at making our exit. Then another big rally in the bottom of the seventh kept up on the edge of our seats. The Braves batted around,
and Tucker’s bases-loaded double cleared the bases.
Third baseman Jose Reyes' socks had the NYC skyline on them. 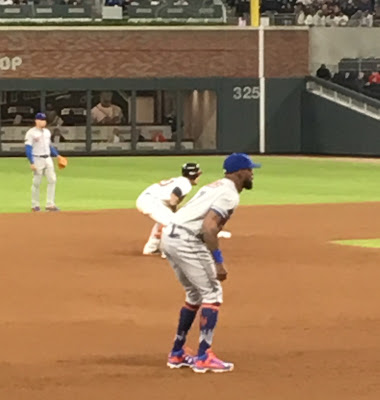 Excellent seven inning performance by starting pitcher Matt Wisler,
who’d been called up from Gwinnett earlier in the day.
It was the longest appearance by a Braves starter all year.
The Mets scored three in the top of the eight,
but it was too little too late for New York.
Ceil hugged Blooper, who later led the chop right in front of us. 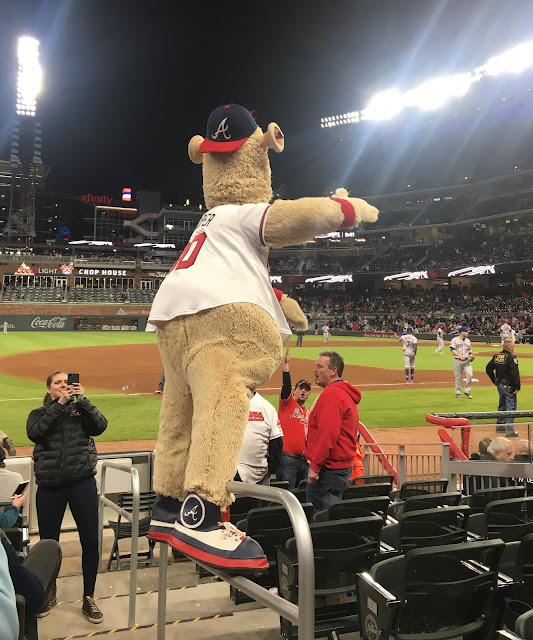 A few foul balls came near our seats next to the Mets dugout.
One buzzed Ceil as she chatted with the visiting David Hall.
I broke out the KD7's for the evening. Fans vote on the song to be playing after “Take Me Out to the Ball Game” during the 7th Inning Stretch. We made it home by 10:30, just as the game was ending. M came home from work with lots of food: a dish for him, pastries, and a peach pie.

Buffets: I like to try lots of different things but stay away from the filler foods like mashed potatoes.