Friday I left work at three and headed to the Braves game. Got my picture taken with the Mets Pin Man. Spoke to Miss Marian, the usher from Douglasville. Also greeted Chris, the friendly usher who once gave me great seats. Saw LJ, Bobby, Katie, and Kristin and her Maldinados. Saw a guy wearing a 1976 Braves red pinstripe jersey with BOUTON 56 on the back. You don’t see many of those. Got the idea for a new photo project that will debut on May 5th.

Several sports websites publish power rankings. At least one has the Braves ranked as the number one team in baseball. And phenom Ronald Acuna, and catcher Tyler Flowers, and all-star slugger Jose Bautista have yet to join the team. 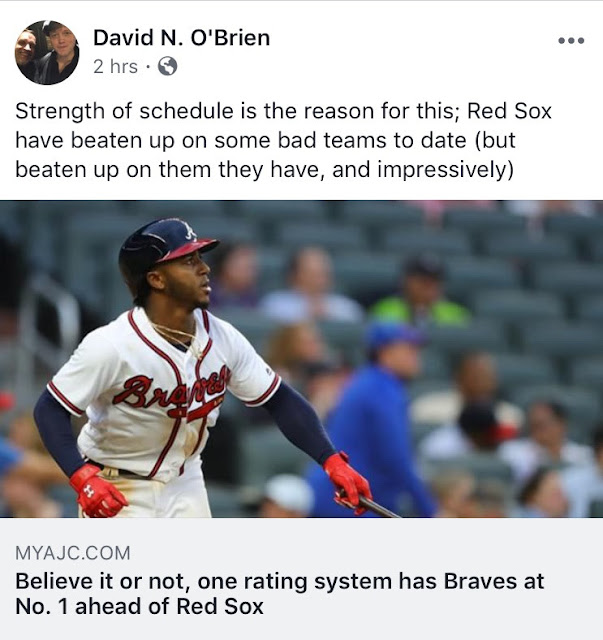 On the way home two cars drove into the Taco Bell drive-thru ahead of me, so I parked and went inside. When I ordered I asked for my first senior citizens soft drink. A new era has begun. When I got home Matthew took my car to a concert. I tried to stay up late waiting for Ceil to get home from her JFBC Secret Church event, but finally went to bed. Matthew got back before Ceil, who arrived after 1:30 am.

Housework all day Saturday. Cleaned upstairs. Did dishes and laundry and other stuff. Anna spent the weekend at Jackson Lake.

Watched some of the Alabama spring game. Didn’t see #13 Tooly, but Jalen Hurts didn’t impress. Hurts had cut off his dreadlocks.

Then I watched most of the UGA spring game. Fromm went against the first team defense. Seemed like they called pass plays a lot more than usual. The defense was laying back waiting for the pass. I thought Fromm did ok, though he did have two interceptions. Probably tried to make plays he might not normally attempt in a game. He had several balls dropped. 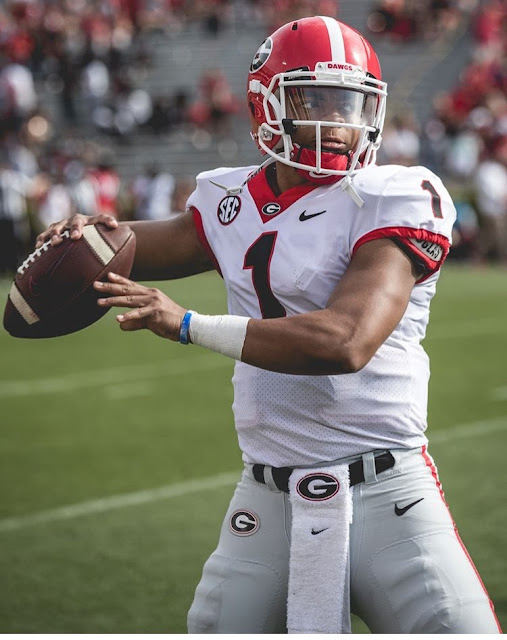 The much heralded freshman Justin Fields showed off his strong arm as well as his speedy legs. Several of his passes were on target, those he had a couple of poorly thrown balls as well. He made one long throw while falling backward. That pass was on target but defended well by the defensive back. At the end of the day Field’s stats weren’t as good as Fromm’s, though Justin did have a TD pass. Field’s hero is Cam Newton. Not sure that’s a good thing.

JFBC on Sunday morning. M had a friend spend Saturday night. We were running late getting to church so afterwards we ate at Moxie Burger. Took a nap Sunday afternoon. Ceil did more shopping. Watched two episodes of When Calls the Heart. Will drove over from Augusta. This is his last week working at Piedmont Hospital. He has an interview with the cardiac people.

Just had a big lunch with old friend Mark Fallis, who used to help out at Camp SPdL. We ate at Cheeseburger Bobby’s, which was good. Came back to pick up his steel order, so it was a fun two hours. These days he owns a small window restoration company. Not sure if I’m supposed to say this here, but his windows were featured in a movie starring Woody Harrelson and Donald Sutherland, as well as in the new VIP facility at a private golf club in Augusta.