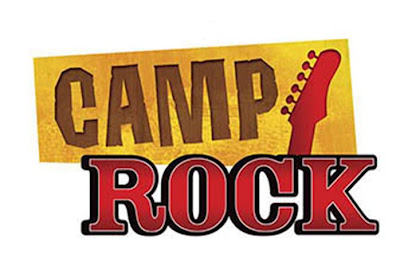 After watching the Christian Youth Theater of ’s performance of – The Musical last Saturday night, several wondered if I would post a review. Why not? I’d wanted the chance to see Mary-Clayton perform, and I’m always a sucker for a good musical. Every day I pass by Centennial High, and I want to check out one of the several plays they produce every year.

While my family has watched on the Disney Channel several times, I’ve usually found something else to do. But the last time it graced the screen I actually stayed in the same room, so I was able to go into the performance with a working knowledge of the intricate plot. Would these suburban teens be able to replicate The Jonas Brothers and Demi Lovato?

The Milton Center Theater was nearly full…I estimated a gathering of almost seven hundred patrons. Mary-Clayton had a decent turnout of supporters for the performance. In addition to all five Murphys, the gang included the three Hurt ladies, Lucy and Lynn, Kara and Kassie, Kevin and Joel, and Emily and Elin.

McKenzie Kurtz was wonderful in the lead role of Mitchie. With several songs to sing, she didn’t miss a beat. She was quite likeable. Conversely, Sarah Stipe turned in a believingly unlikeable performance as the turncoat Tess Tyler. Mary-Clayton had perhaps the toughest female role, not only acting and singing, but also performing the toughest dances with the smaller dance troupe.

Following in The Jonas Brothers footsteps, the teenage guys had huge shoes to fill. After a timid start, the three found their comfort level. Boys wouldn’t seem to get the same amount of experience in drama and dance as the girls, but , , and Tad were courageous, and did themselves proud. Jackson and McKenzie may have enjoyed their kiss a little too much…much to Mary’s chagrin. Much more involved than the TV version.

The directors did a fine job incorporating the large number of performers into the production. The dance scenes were a bit crowded, which may have kept the degree of difficulty on the simpler side. Involving Jason’s Junior Campers was a great way to get the younger actresses into the act, and provided a wonderful foil to bring out Tad’s personality.

After the play the cast mingled with friends in the audience. Kevin and I thought it funny that many of the lead characters wanted to meet Will. Several of the actors complimented Matthew on his outfit: wrinkled white dress shirt, antique tie (his great grandfathers), jeans, and black chucks. Matthew was collecting cast autographs, so I encouraged him to get everyone who MC introduced to Will.

After retiring from ballet last year, Anna thinks she may have found something new. During intermission she came down to the grown-up row, saying she wanted to audition for The Wiz. Matthew wants to audition as well. I asked Kara if she got the bug, but she’s sticking to basketball.

The musical made me wonder which of Will’s male friends could step a production of this magnitude. Joel certainly has the musical ability, though his voice may not be show-tune material. Caleb’s mischievous personality could help him excel as an actor, though the singing might be problematic. Kevin is so charming on stage because he remains himself, and thinks fast. I doubt he’d want to tackle the theater, though he probably could. Matthew Ellis’ combination of zany personality, creativity, musical ability, and vocal talent would make him a dynamical performer onstage. I only thought of Holt later, though he might could pull it off. Though I’ve never seen Elin perform, I have no doubt she’d have no trouble with a lead role.

After chatting at the theater for the longest time, the after-party moved to Chilis. I took Ceil and Anna home, then arrived late with Matthew, who sat across from MC, then Will, Kevin, Haley, Emily, Margaret, Joel, and Elin. Haley made it clear I was to sit at the next table, with her mom.

Before the play us Murphys met the three Hurt women at Zaxbys for an early dinner. Elin and Emily tagged along. Elin wore a blue skirt, and a good time was had by all.