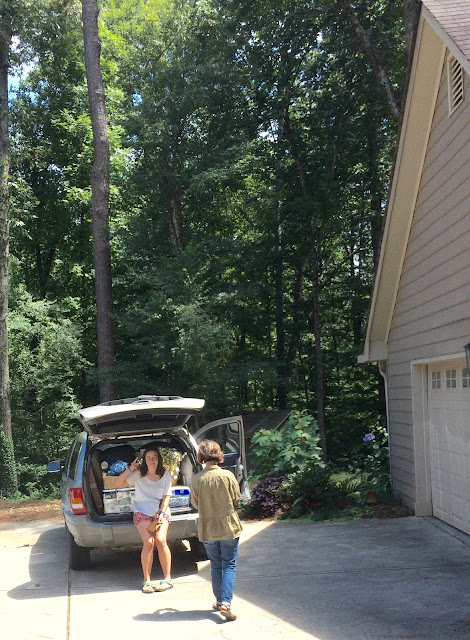 Took off yesterday to move Anna back to Athens. We couldn’t leave until after her 1:15 hair appointment. In the morning we packed her Jeep and the CRV. I went to the post office, Home Depot, gas station, and Chickfila. Didn’t leave until 3 pm, so of course traffic on 285, 85, and 316 was terrible. 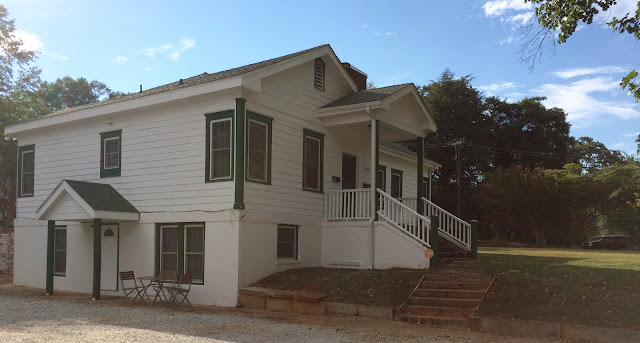 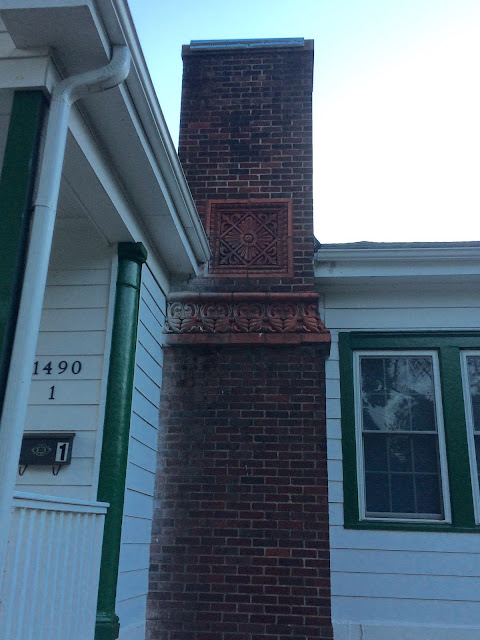 Anna is in one of the four downstairs bedrooms. 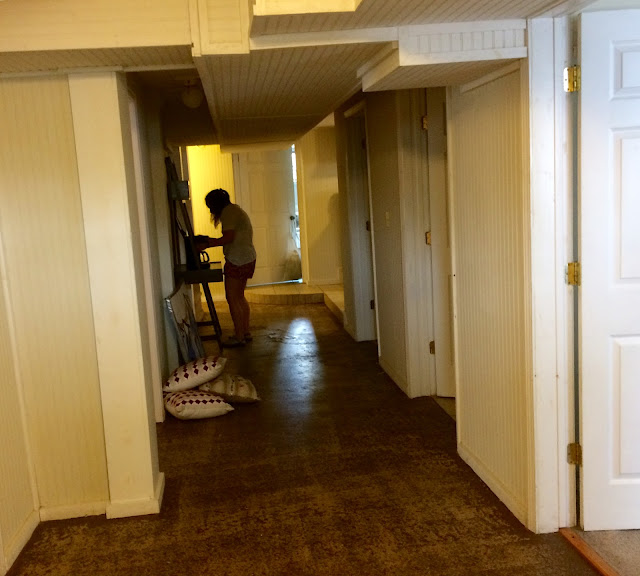 There’s also a kitchen downstairs and upstairs.
Someone is planning on doing some mixing. 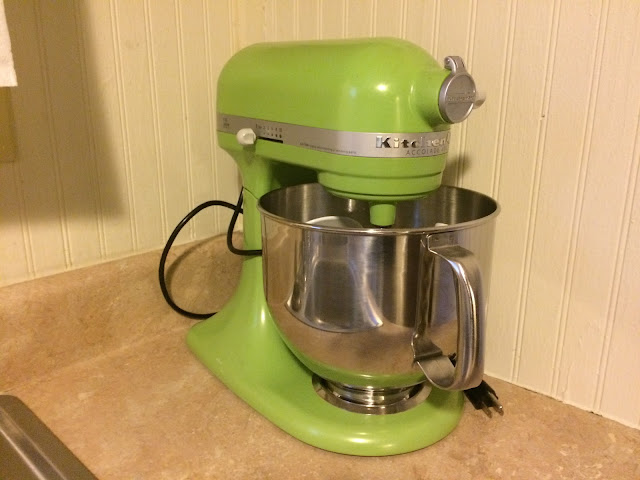 Washer dryer downstairs. Downstairs there are 1-1/2 baths plus another one upstairs on the main level, which also has three bedrooms, a living room, and dining room. The east side: 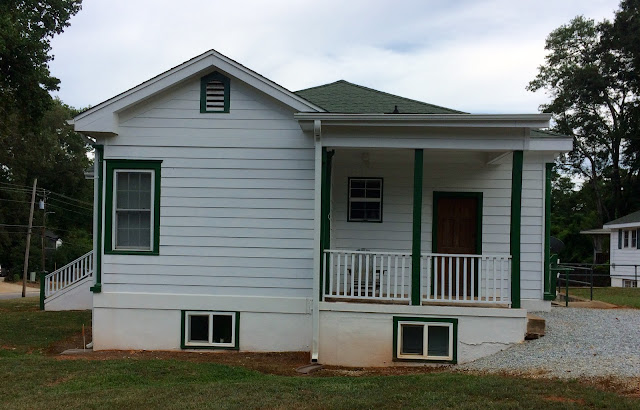 There’s a cottage behind the house where other girls live. 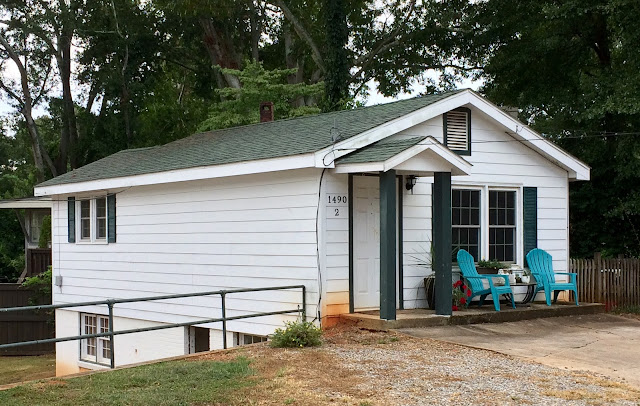 Anna knows the girls who live across the street in a more expensive house, but they have to share bedrooms. After they moved their daughters in, the parents relaxed on the back porch. 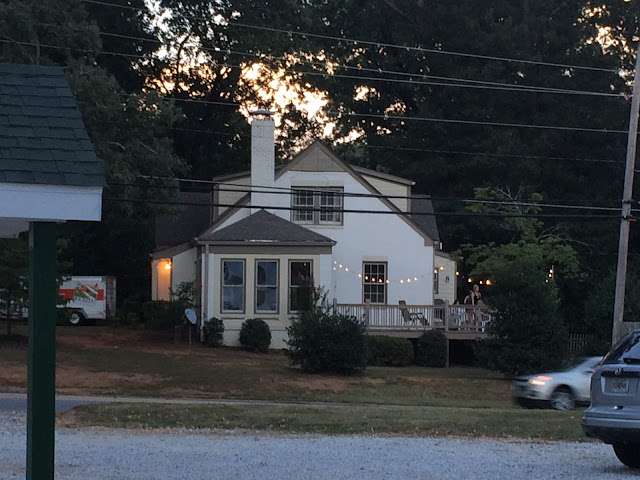 Also across the street is a nice new house some parents had built for their kids. 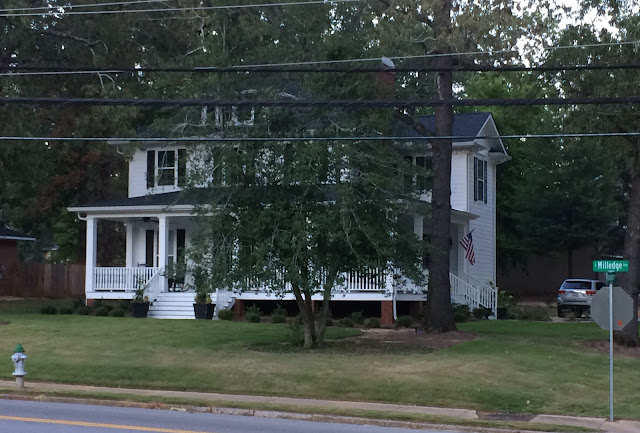 We ate at Taqueria after we unpacked, and went out to Michaels and Target. Lots of parents and students. Thursday sorority meetings begin, and next Tuesday freshman rush starts. Traffic on 85 south was backed up due to paving. Didn’t get home until ten.
I hate it when the dental hygienist gives me a hard time. Makes people to not want to go. As unpleasant as a dentist appointment is, you’d think they’d be doing everything possible to make things pleasant so people would keep coming back. Dental hygienists live in their own little world, and they think everyone should be like them.

Can’t believe LA has won 40 of their last 46 games. And the Braves dealt them two of those six losses. Interesting changes: M Adams to LF, calling up Albies and Sims, possibly moving Phillips to third base. Phillips was got to be better than Santana.

Both the Braves and the Dodgers were bunting last night. Braves needed one run to tie and two to win. What is the old maxim – play for the win on the road and play for a tie at home? Can’t win the game unless you tie the game first. When I have time I’ll do a quick study of where the Braves rank in sacrifice bunts. Like using relief pitchers for only one inning or less, I’d imagine every team employs the sacrifice bunt.

Lots of people are saying to fire the manager. Fire this guy. Fire that guy. If they fire the manager halfway through the season, how will the rest of the season go? Who will they get that is better? Every time the head guy is fired, there’s at least one full season of getting back to where the team was in the first place. I won’t talk about expectations again, but after a slow start the Braves battled back to .500 – even with Freeman, Garcia, and Kemp hurt and Bartolo and Teheran struggling. Got to give the manager a little credit.
Then in July the schedule got tougher. They’ve called up two rookie pitchers, plus Albies and Lane Adams. Will be good to see how they perform. I wonder if Phillips turned down a trade last week. I’m sure the Braves told him in advance that they were planning on playing Albies to see how he looks.