Found myself in Augusta yesterday, so after work and checking in with Will and Mary-Clayton I headed over to peaceful Lake Olmstead Stadium. 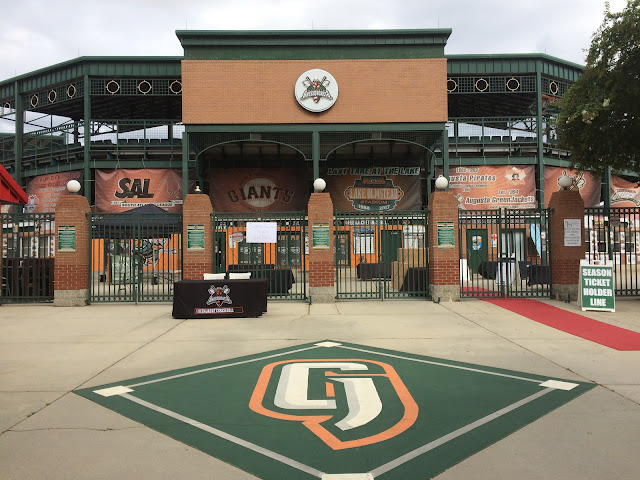 Considering the ballpark was built in 1995, the stadium seats fewer than all but one ballpark in the South Atlantic league - and lacks luxury boxes. Next year the team moves across the Savannah River to a brand new stadium in North Augusta. I'm glad I got to see this guy. 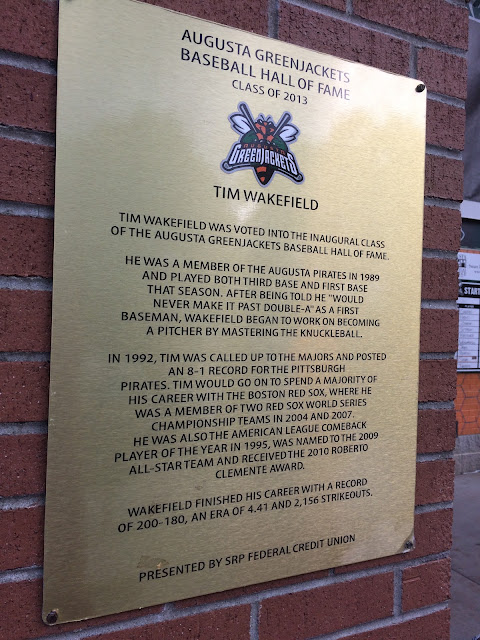 Got to hang out with three bobblehead addicts. I've made a few trades with Matt Campbell (left) of Charlotte. We also sat together at a UGA baseball game in Athens. Jon Stone (right) drove up from Florida, but that's nothing new for him. In the past month he has road-tripped to Myrtle Beach and Danville Virginia. 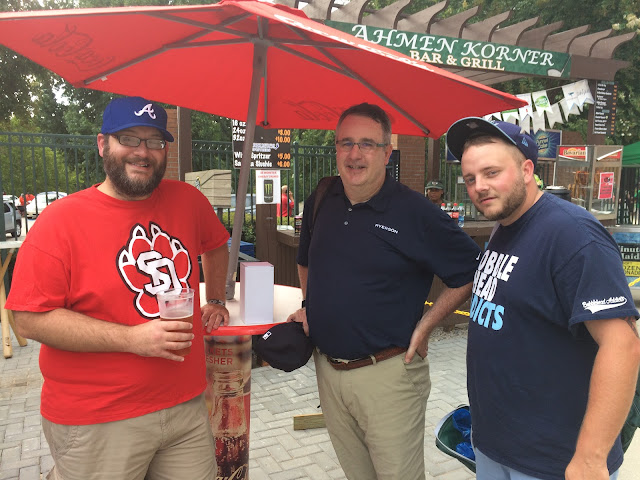 Albert Sender declined to be in the photo. He and his elderly parents were among the few early birds, so we had a nice long chat before the gates opened at six. Less than one hundred fans were there then, so it was easy to get four of these cute mascot bobbles. Already sold two, making back my money more than twice over. 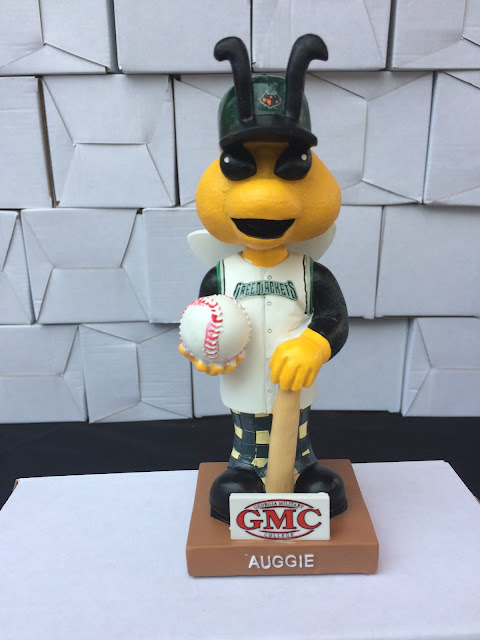 A thunderstorm washed out the game, so perhaps Will can use my rainchecks to get Jon Lester bobbles later this month.

Had to dash through the rain back to my car.
Got plenty wet. Left at 7:20 for Athens. 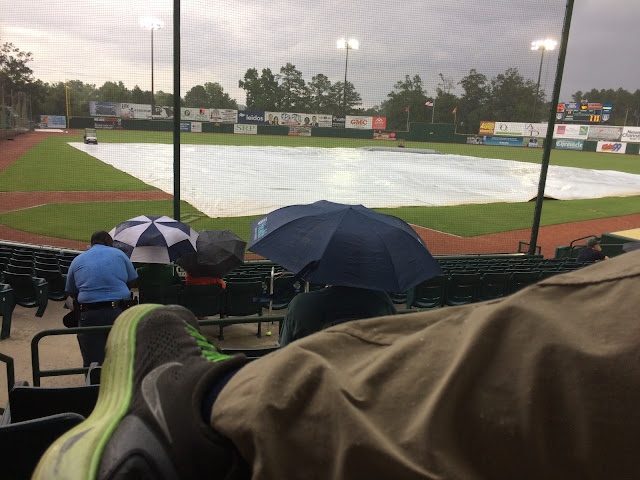